On the day we were scheduled to go on a road trip outside London, the rain just poured like crazy (much like what we’re experiencing in Manila now), so as much as I wanted to take a lot of pictures, I had to save my camera from getting wet. Must invest in waterproof travel gear next time.

So here are the very few pictures I was able to take during that day. Sadly, taking photographs was strictly prohibited inside Windsor Castle! And It was one of my most favorite places during my UK trip! How I wish I could let you all view this historical goodness through my blog so we could all spaz together, but I guess for now this could serve as some sort of teaser to motivate you guys to pay this place a visit some time in the future. 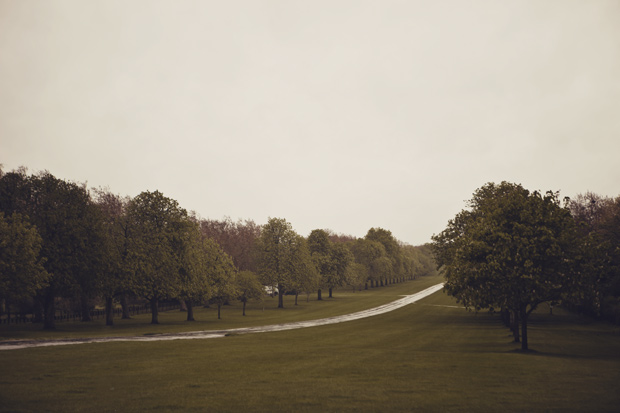 This is called the Long Walk. It links Windsor Castle with Snow Hill in Windsor Great Park. According to legends, Snow Hill was where King Henry VIII sat and waited for news of the execution of Queen Anne Boleyn. 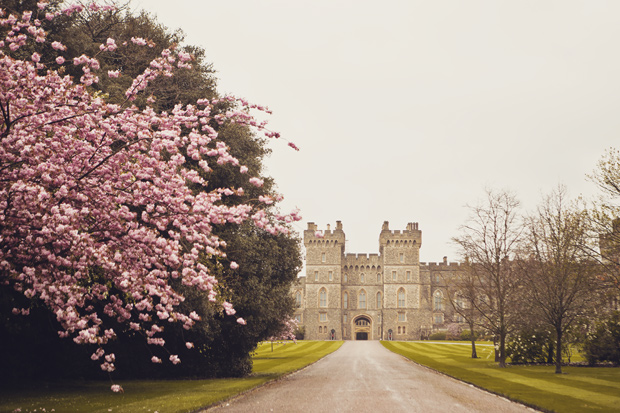 Windsor Castle, the home of almost 40 monarchs since as early as the 11th century. I love castles and palaces so it was such a treat to be able to visit the State Apartments. Charles II wanted to rival his cousin Louis XIV’s Versailles by making Windsor Castle home to the grandest State Apartments in England. Definitely a must see if you have some extra time and you don’t have anything else to do in Central London! 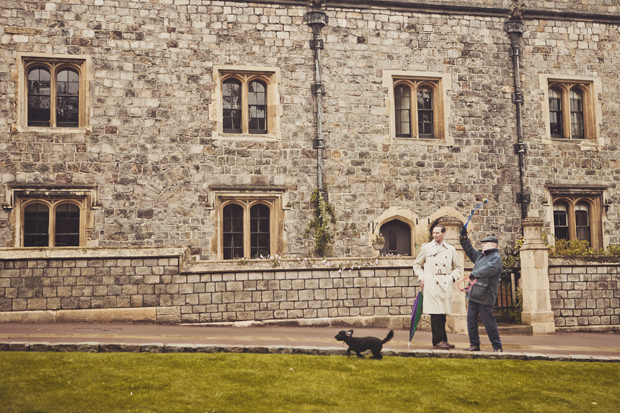 Spotted an old man playing catch with his dog in front of St. George’s Chapel. 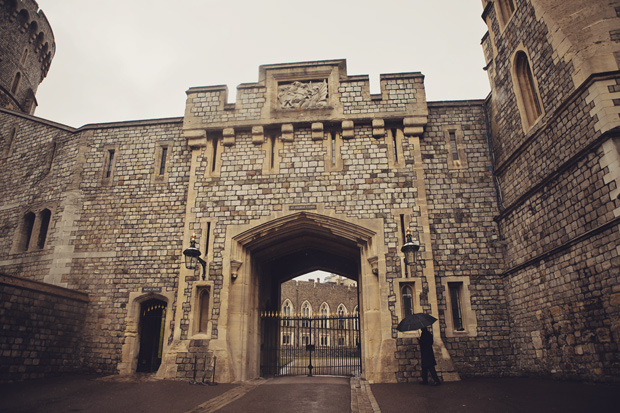 One of the gates at Windsor Castle. 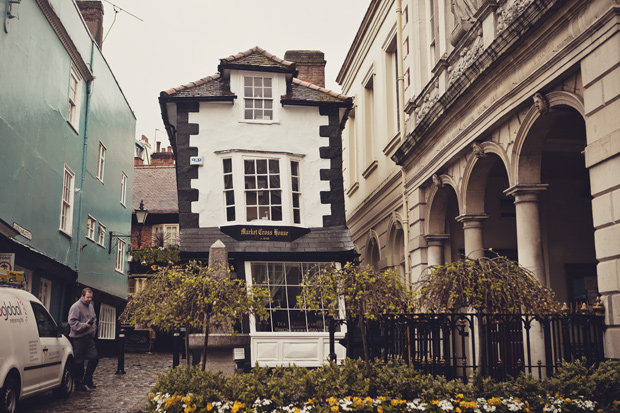 Outside the castle, I got to see the iconic Crooked House of Windsor, erected way back in 1592. Supposedly there is a secret basement with a passageway that connects to the kitchens of Windsor Castle. 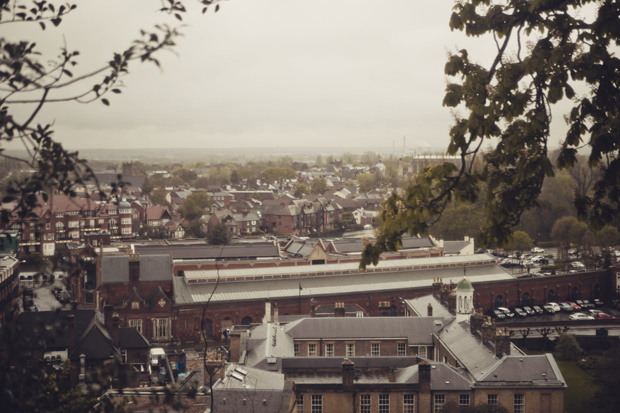 Stormy day at the town of Windsor. 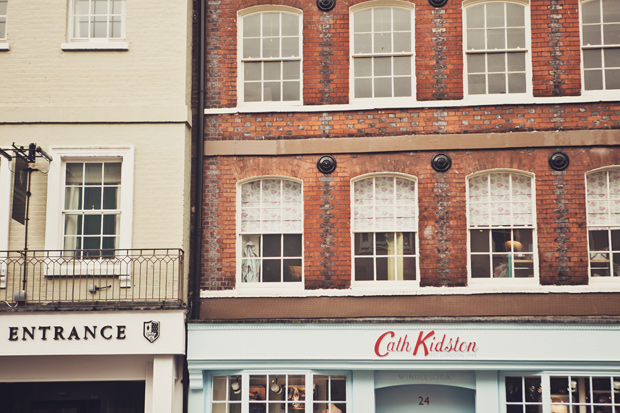 Obligatory Cath Kidston! You can’t see it clearly here but the store’s curtains all have that signature floral print that we all love. 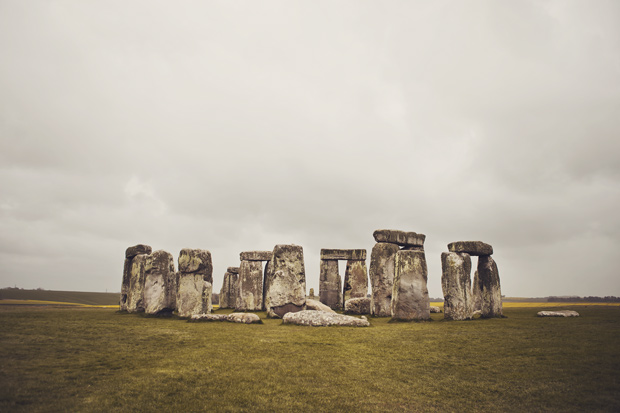 Erich von Däniken believed that alien astronauts visited the earth to help the early humans in building some of the world’s oldest, greatest monuments such as the Stonehenge, the pyramids in Egypt, etc.

This is only the Ancient Aliens geek in me presenting a theory on how this amazing prehistoric monument came to be, lol. It’s actually a little creepy and overwhelming at the same time how the early humans were able to construct this using neolithic techniques.

No proper photo of myself with the Stonehenge because the weather decided to troll me by deciding to rain Ondoy-levels for half an hour or so.

This is what I meant by the weather being such a troll. When I got to the parking lot, the skies suddenly became clear and it didn’t rain for the next half hour or so.

Next time, I promise to even do an outfit post in front of the Stonehenge! 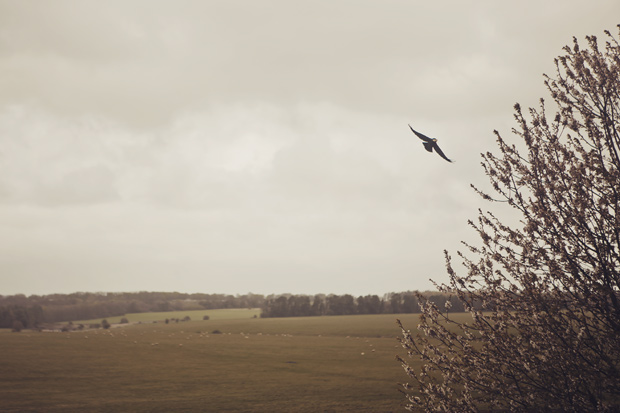 The hills are alive~ at the Wiltshire countryside. 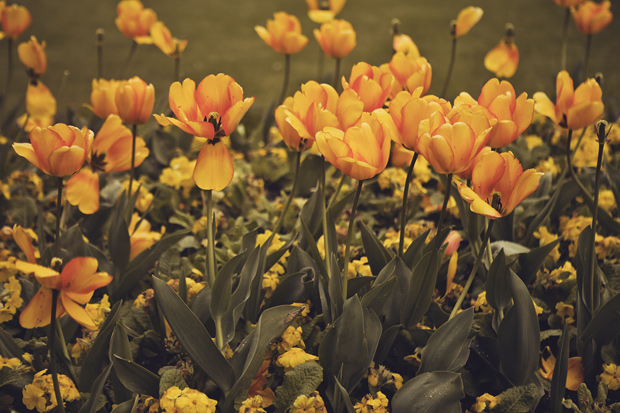 Greeted by the prettiest yellow flowers at the City of Bath! 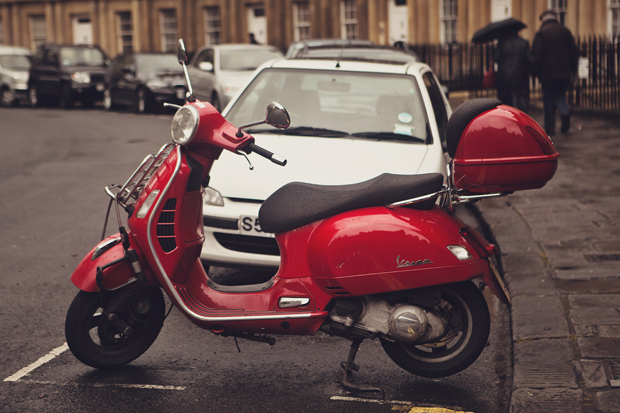 Spotted a Vespa in the nicest red color! /random 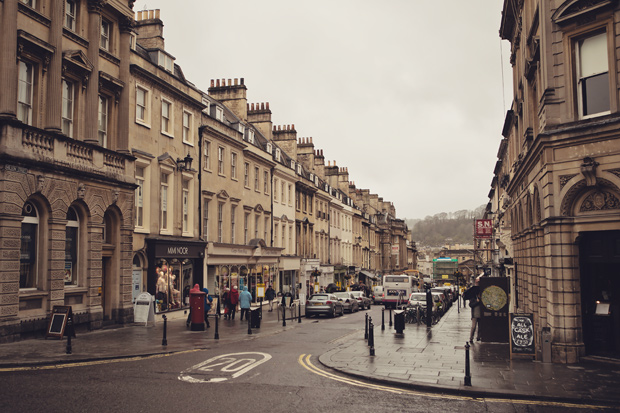 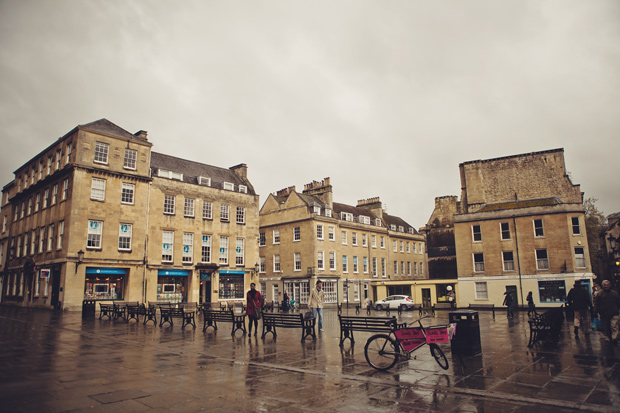 Rainy afternoon at the city of Bath. 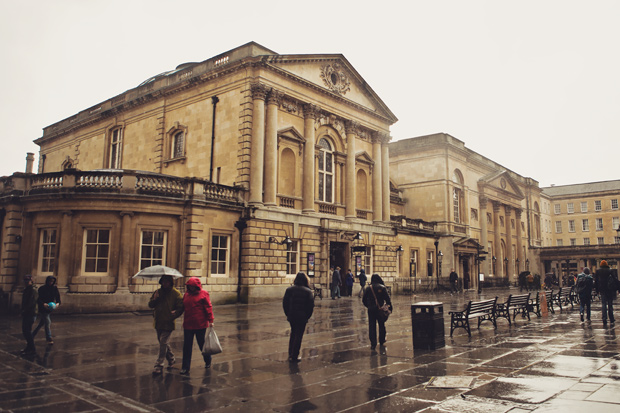 So why is Bath called Bath? Because this city was founded by the Romans as a thermal spa! In this picture, you can see the entrance to the Roman Baths. It’s a pretty cool thing how the residents of the city just pass by it everyday like it’s something so normal (I could say the same about world-famous sites found in the middle of the city, like the Coliseum in Rome or the Eiffel Tower in Paris). 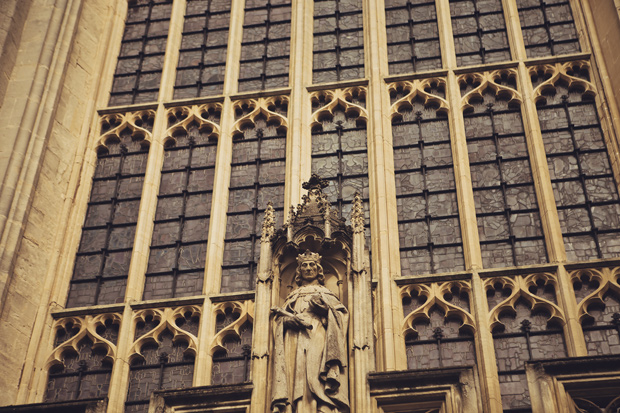 Near the Roman Baths is Bath Abbey, founded in the 7th century. 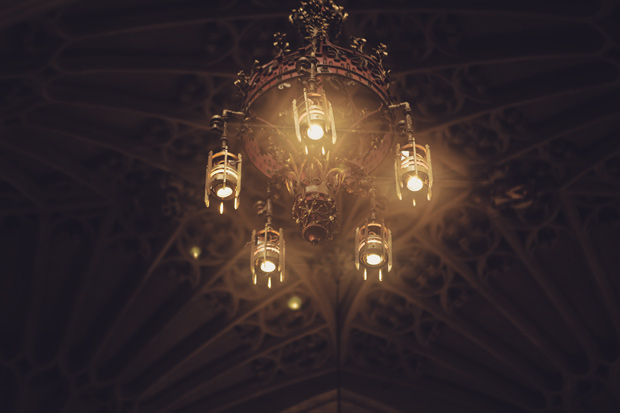 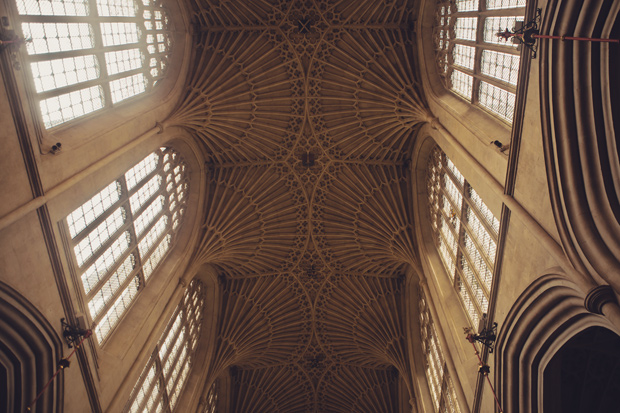 It’s a church known for its fan vaulting. So pretty! 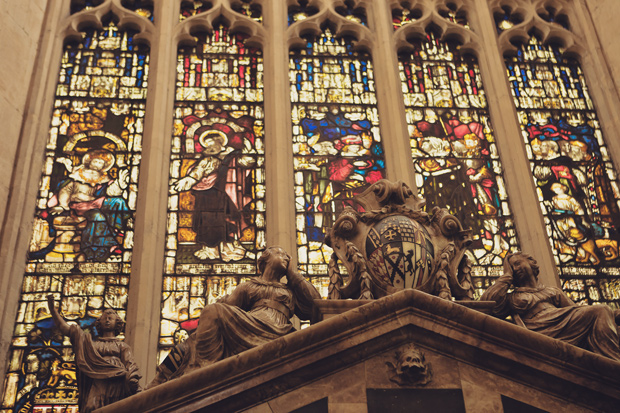 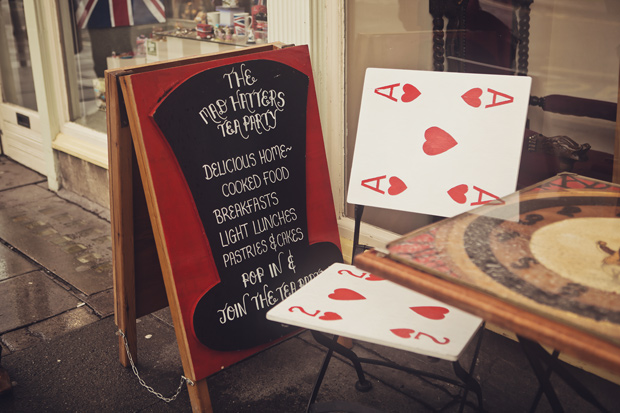 While waiting for our ride back to London, we had afternoon tea and coffee at this super dainty Alice in Wonderland-themed cafe. Take a trip down this rabbit hole if you’ve got extra time in this town. 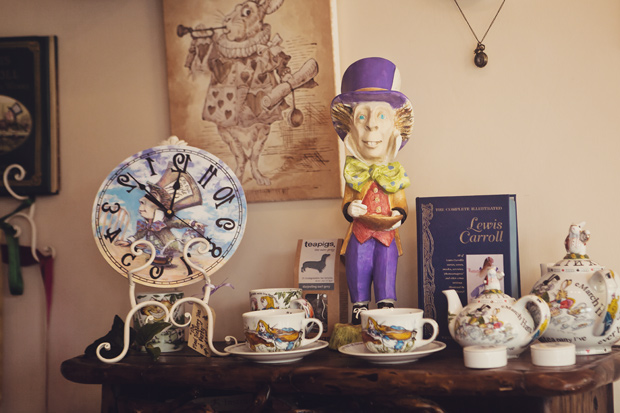 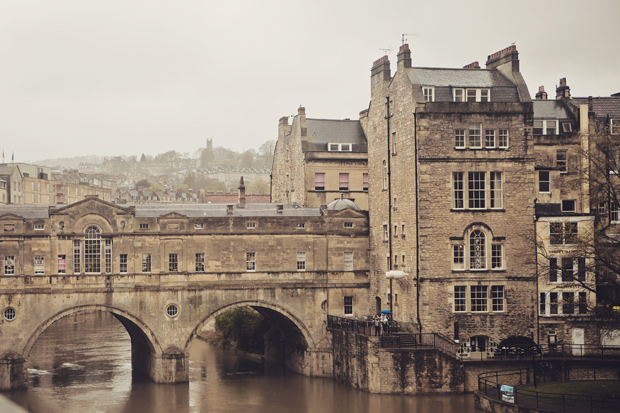 The Pulteney Bridge, one of the four bridges in the world with shops across the full span on both sides. 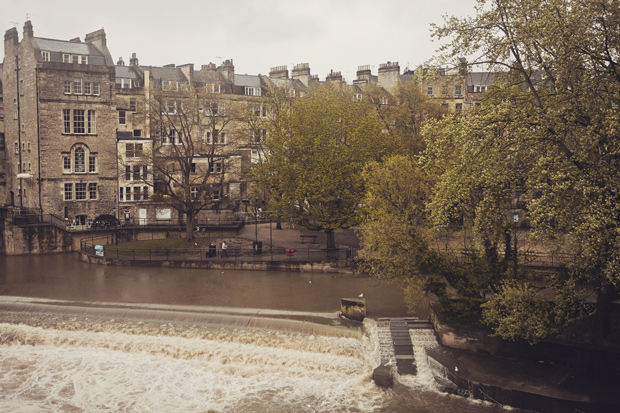 So in love with this city! Everything looks so picturesque. You can print your pictures from this place out and they can pass off as legit postcards. 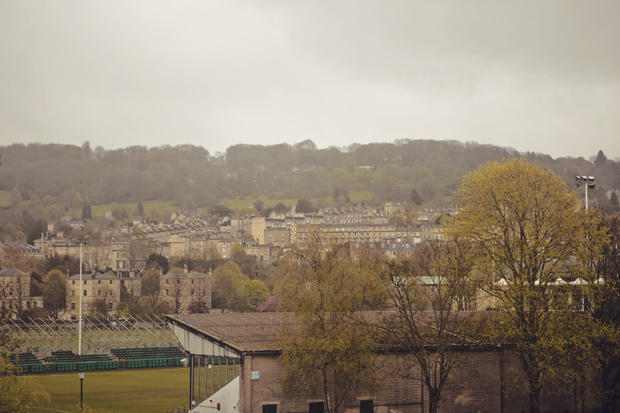