Tricia Will Go Places never stops! After a long day of traveling from Manila to Osaka to Kyoto, I was surprised that I still had energy to go around the city! I went straight to Shijo Kawaramachi once I dropped my stuff off at the hotel and finished checking out Kyoto Tower.

In the heart of Kyoto is the Shijo Kawaramachi Shopping Area. It is centered around the intersection of Shijo Street and Kawaramachi Street, thus the name. Lots of people stay in this part of Kyoto for shopping, dining, and all sorts of recreation. There’s a giant Takashimaya, Marui, Daimaru, etc. here, and of course, my favorite OPA.

The main reason why I decided to come here was because it’s only walking distance from Gion and Yasaka Shrine. Once you pass the bridge at the end of Kawaramachi, you can already find yourself in Gion. More on Kyoto’s most famous geisha district in my next post! 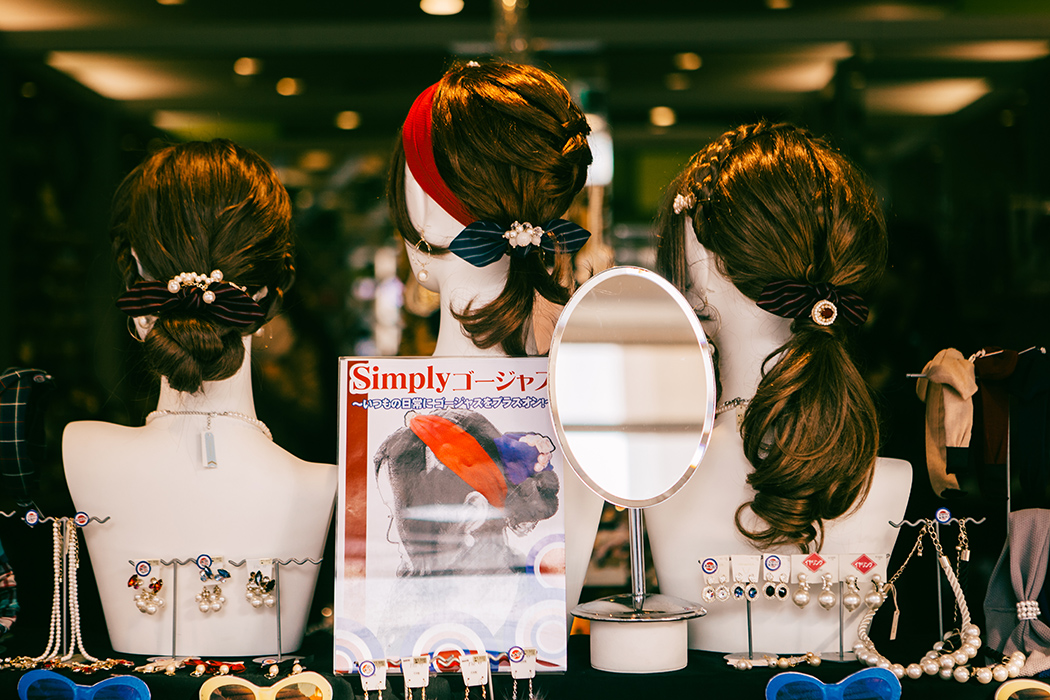 Pretty much the most popular hair trend during my visit. 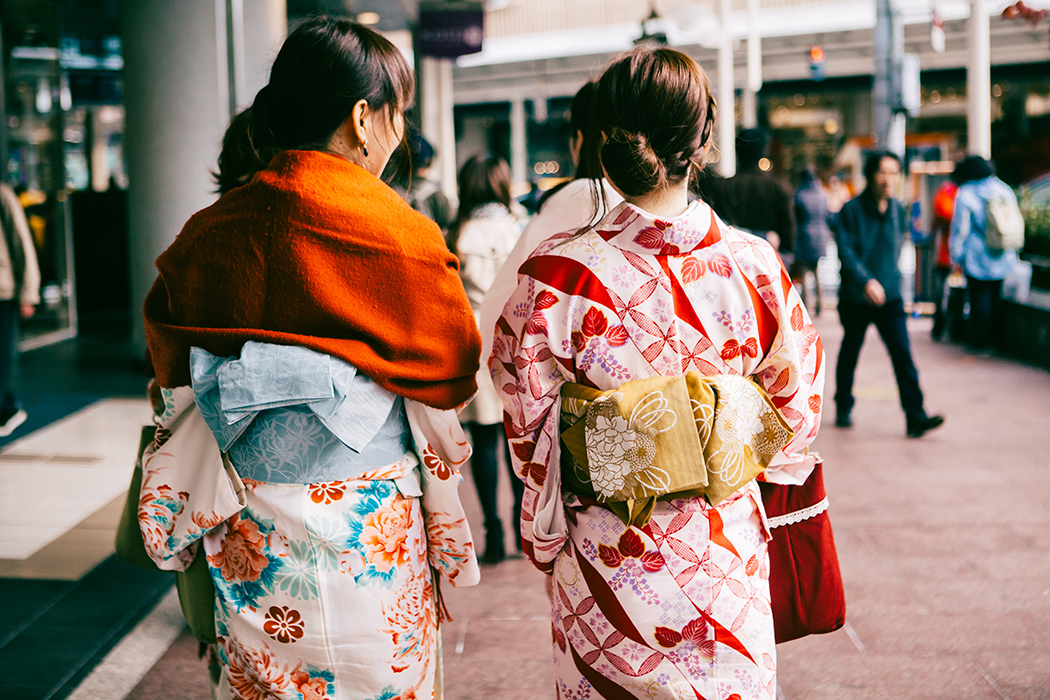 These popular braided updos can suit both modern and traditional Japanese fashion! 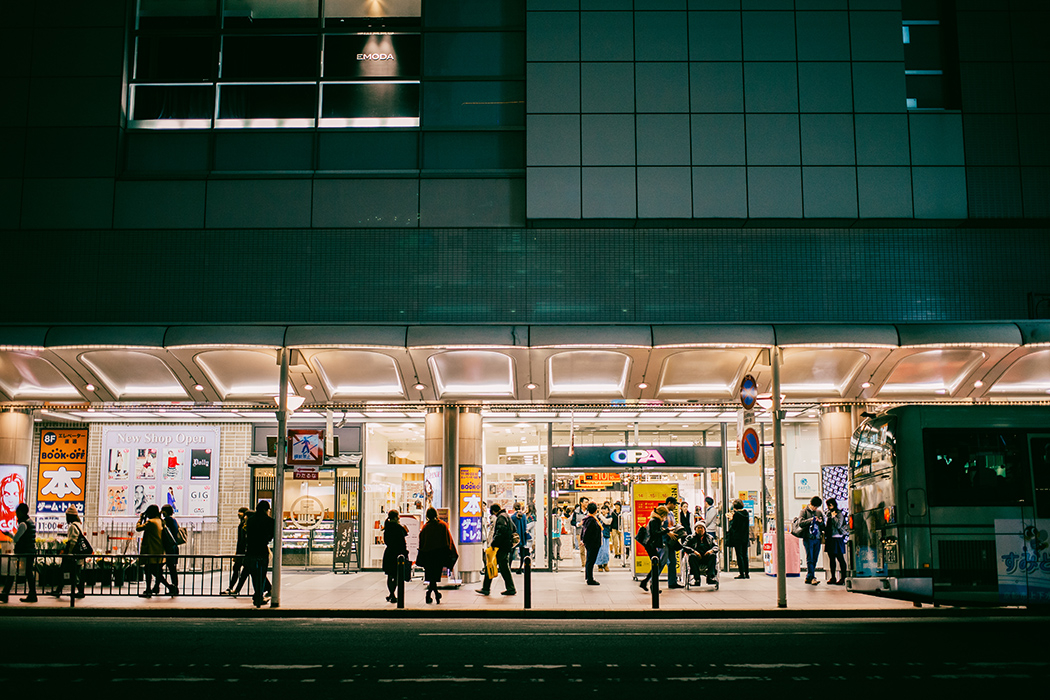 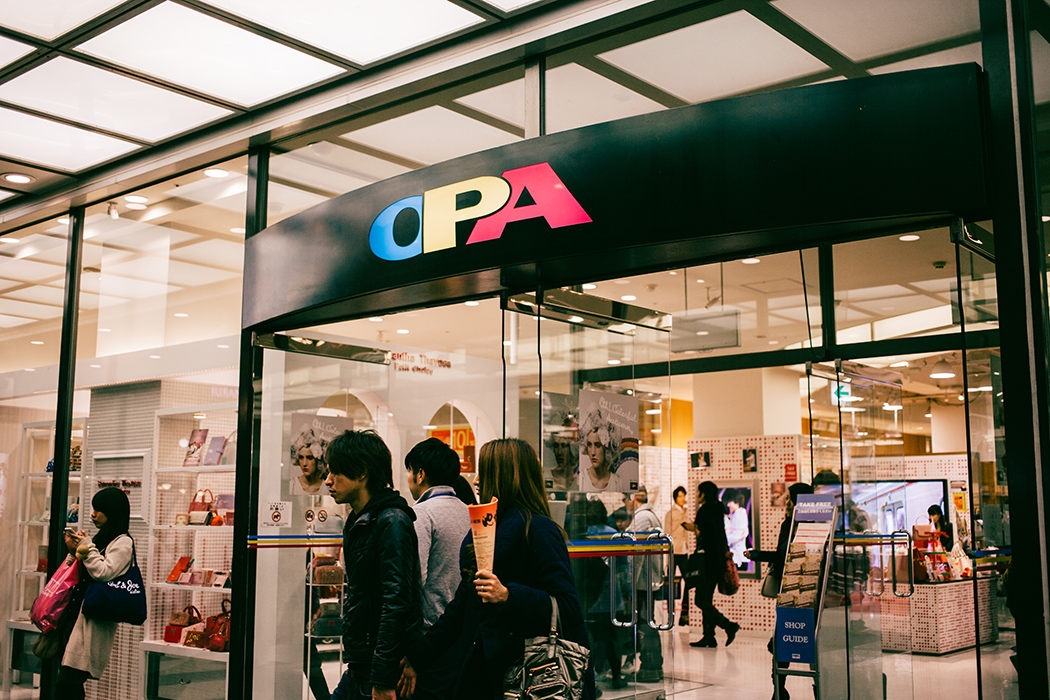 On the highest floors are Tower Records (music store) and Book Off (book store). In a way, it’s like Shibuya109 except a little less crowded. 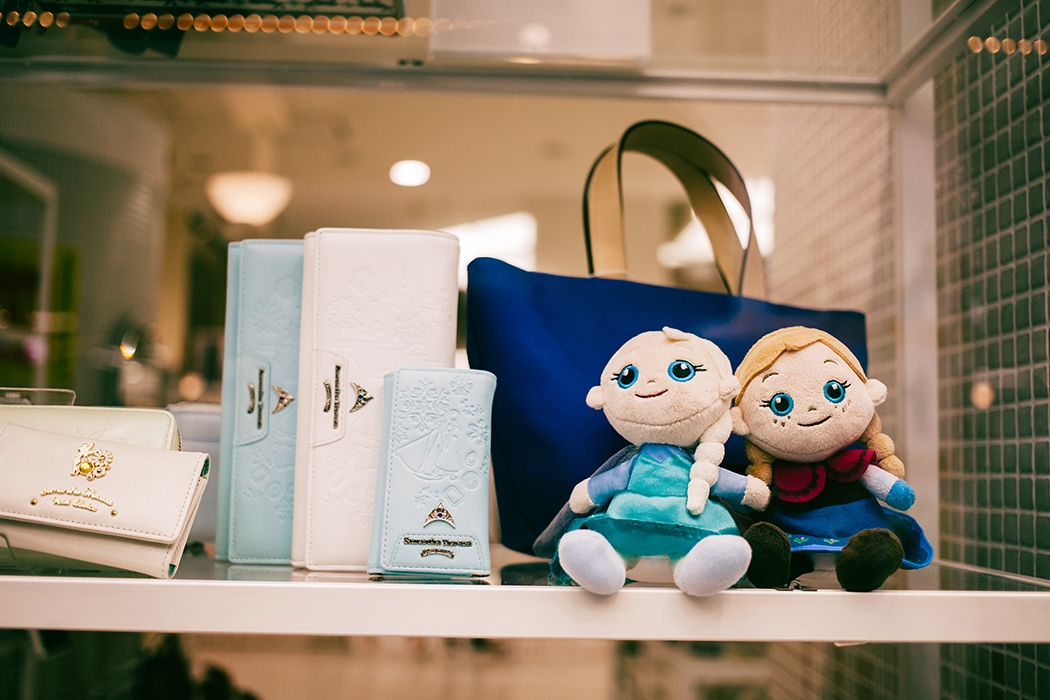 I went to Japan 5 times in 2014, and every single time, I catch them still playing Let It Go in commercial establishments.

They say one of the main reasons why Disney is a sequel for Frozen is Japan. Frozen currently holds the record for third highest-grossing film in Japan, after Spirited Away (my fave) and Titanic (lol). They loved Frozen so much that Tokyo Disneyland will run a special “Anna and Elsa’s Frozen Fantasy” event from January to March 2015. Brands like Samantha Thavasa (above) and Secret Honey also have special Frozen collaboration items! They can’t let it go just yet! 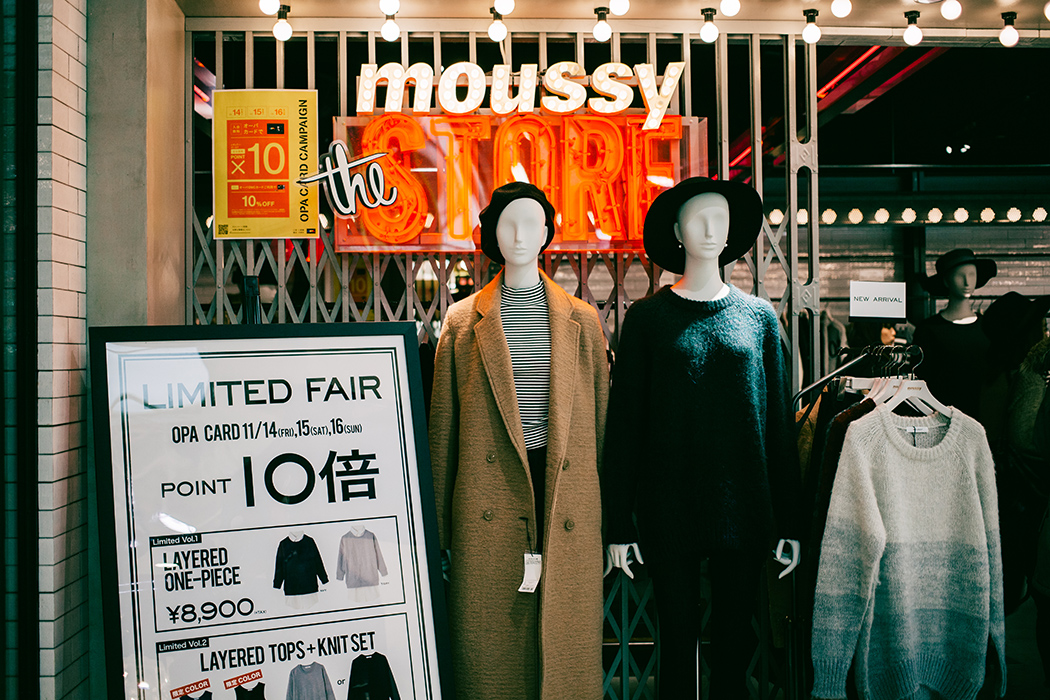 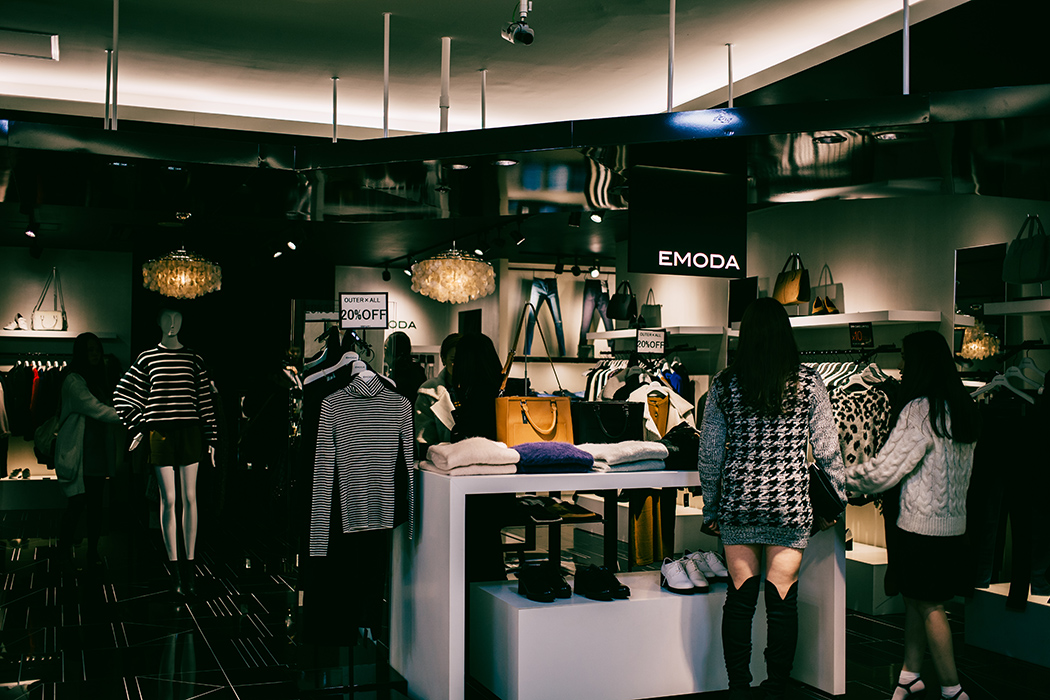 And EMODA! Their F/W 2014 collection has been selling like pancakes! 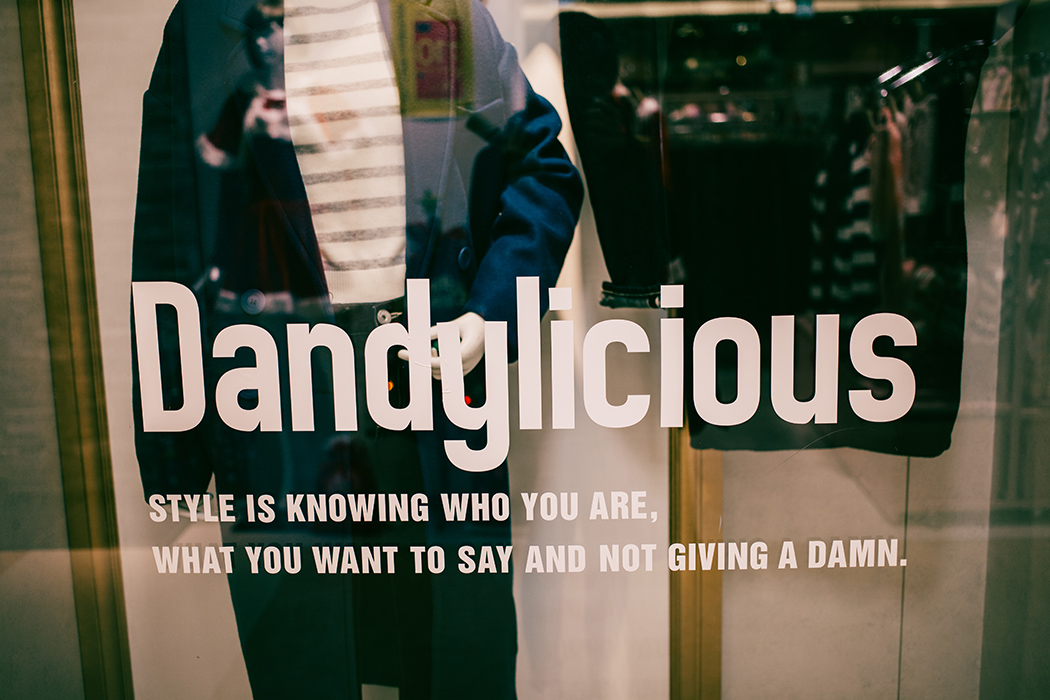 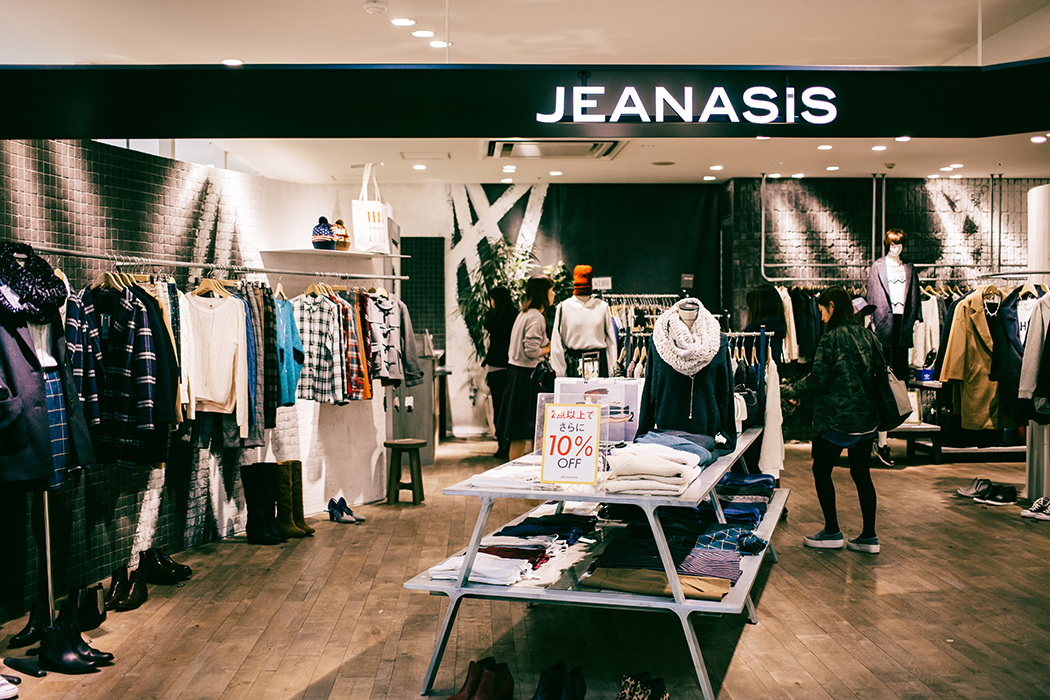 Yay for JEANASIS for selling classy, casual outfits for everyday use. 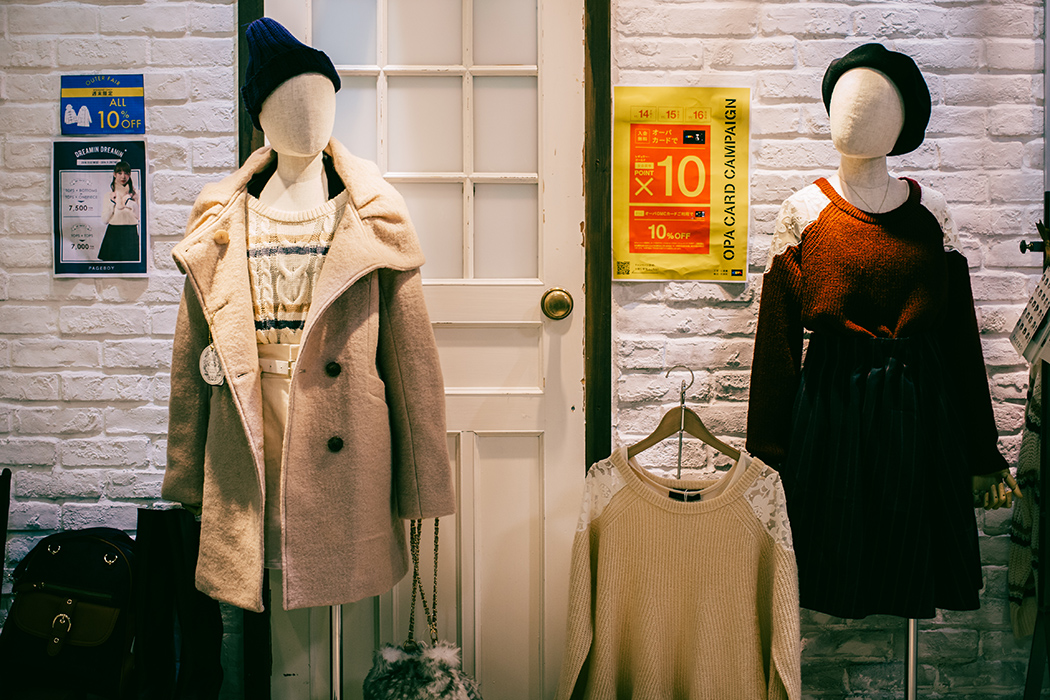 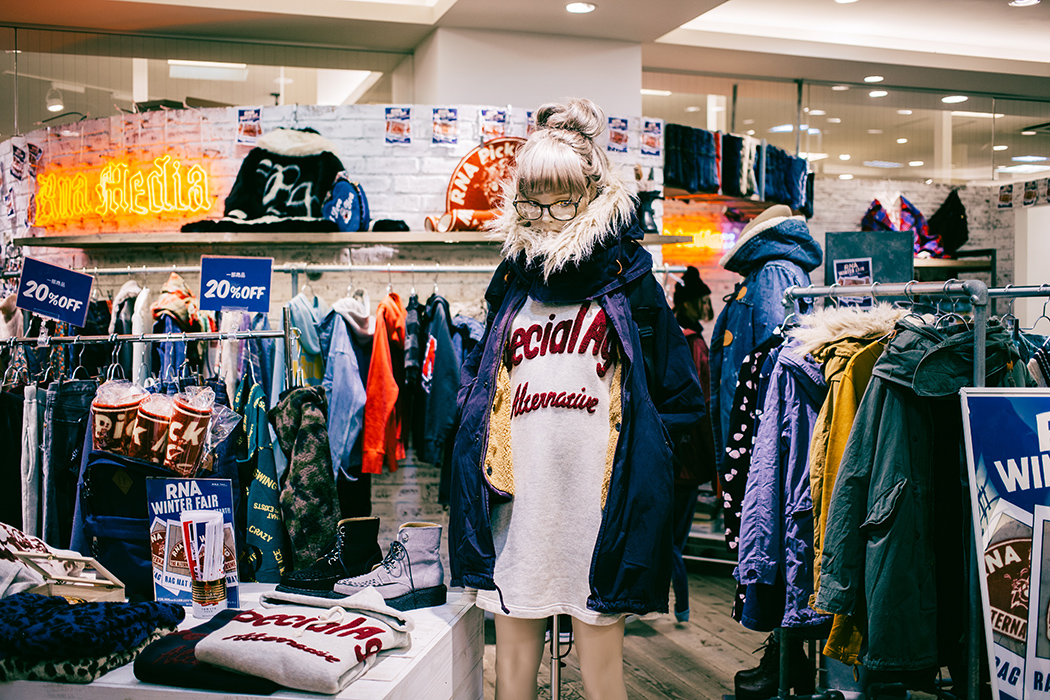 Winter will go on for a while, so here’s some inspiration on Japanese cold weather dressing. Winter style can be kawaii too! 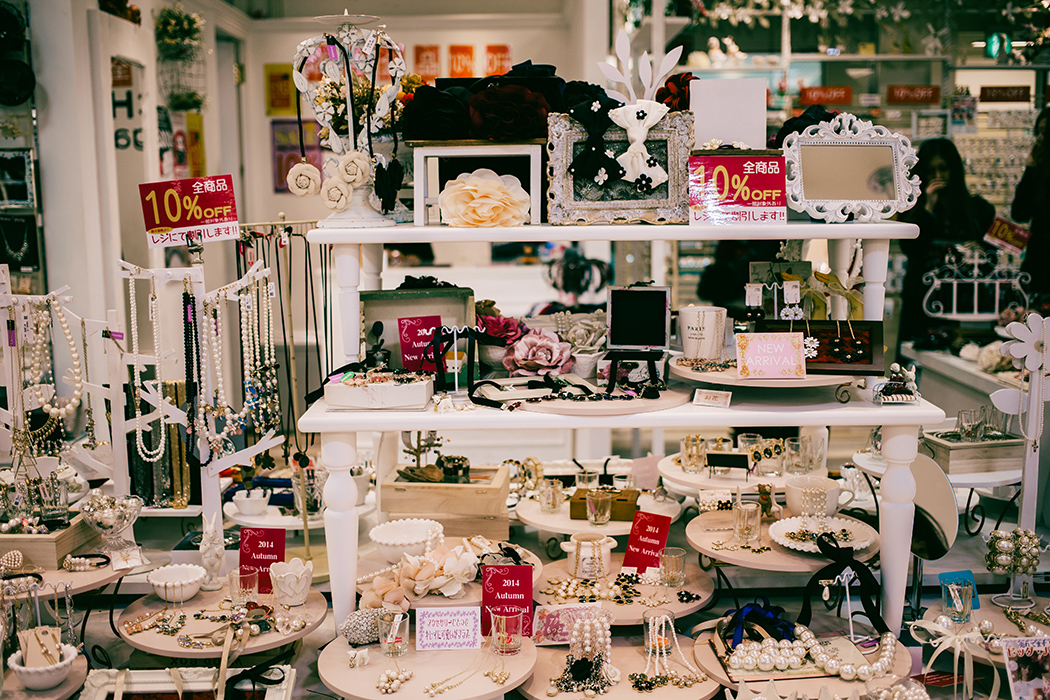 Nowadays I only buy accessories from these kinds of stores in Japan! Everything is always so well-made, and nothing is gaudy or too over-the-top. 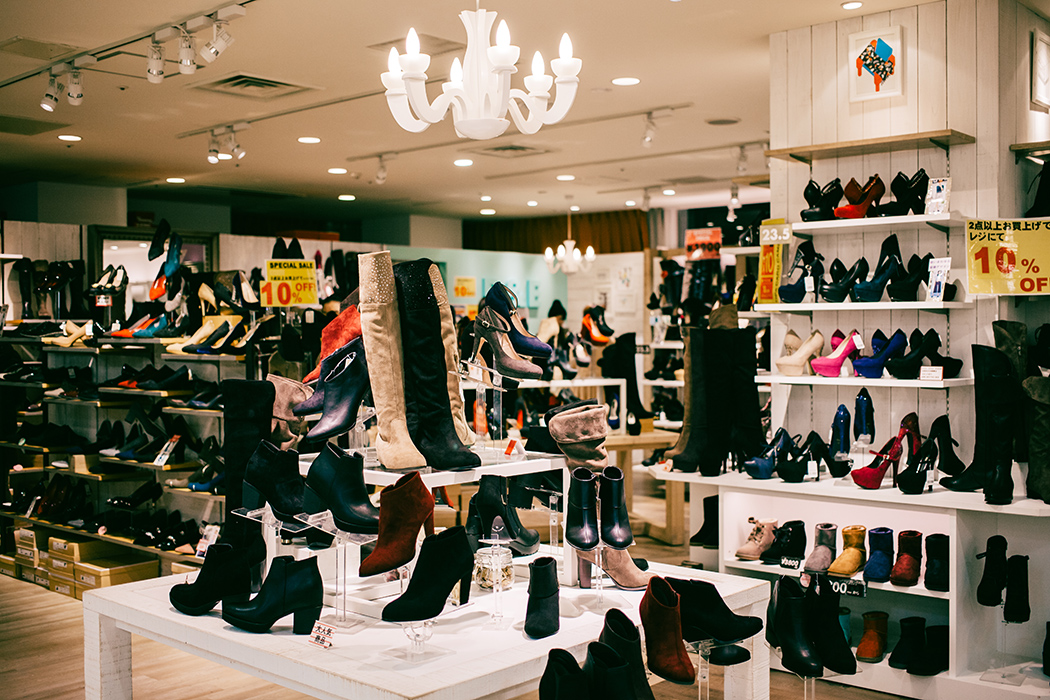 You also can never go wrong with Japanese shoe brands. Their shoe technology and craftsmanship is why they can walk the whole day in sky-high heels. What is normcore?! 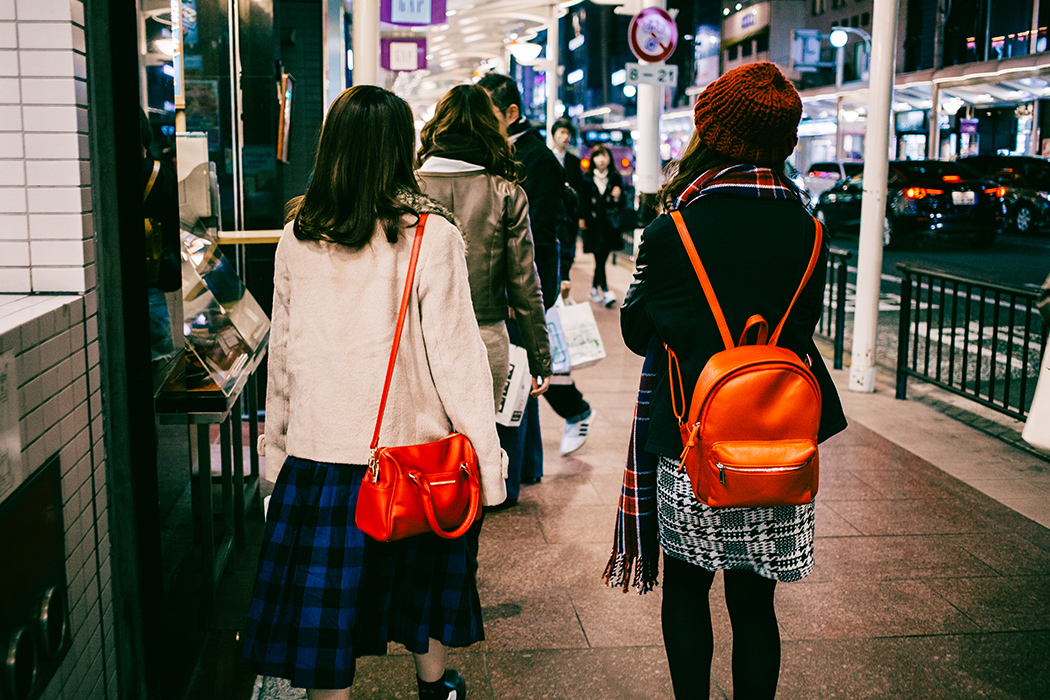 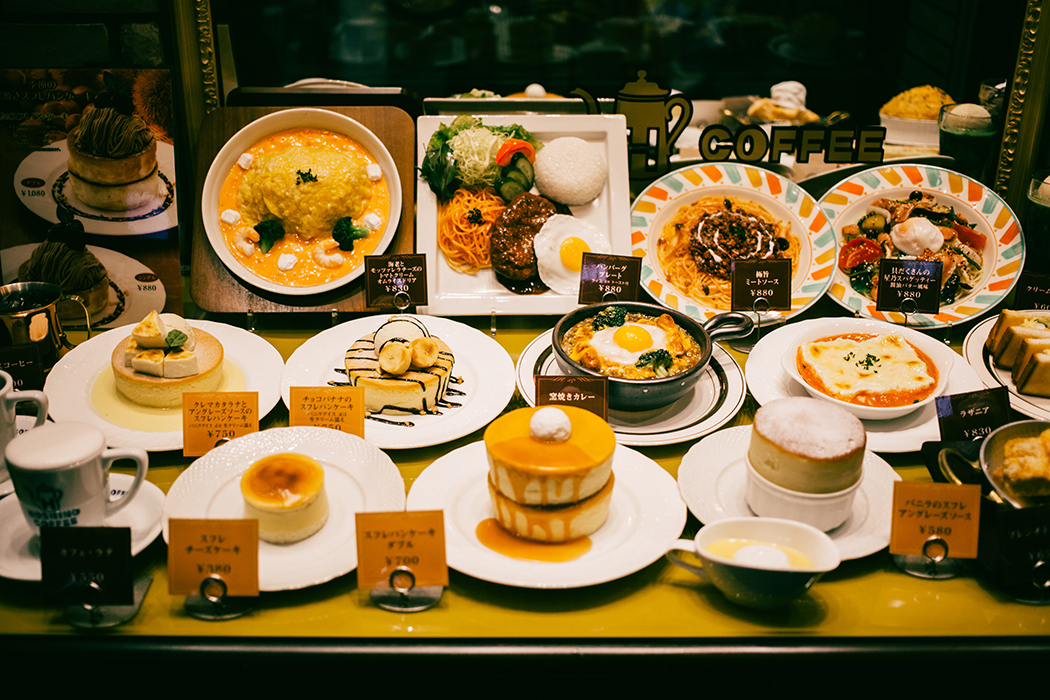 A common sight in Japan – fake, plastic food on display. These are called “shokuhin sample” (食品サンプル), or food samples that accurately depict a restaurant’s items. 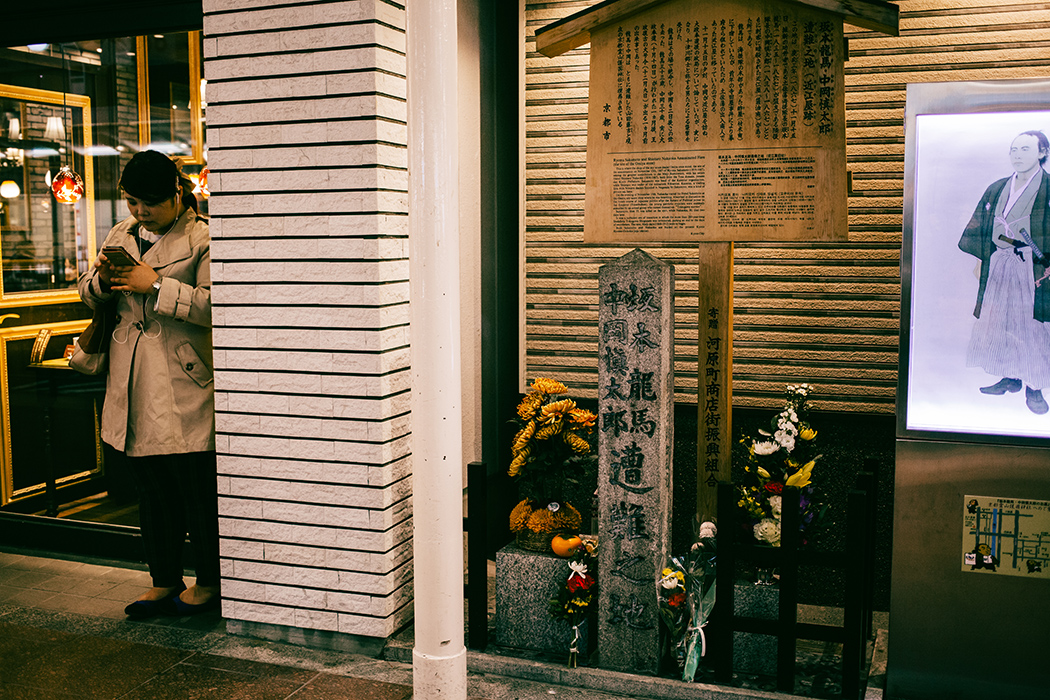 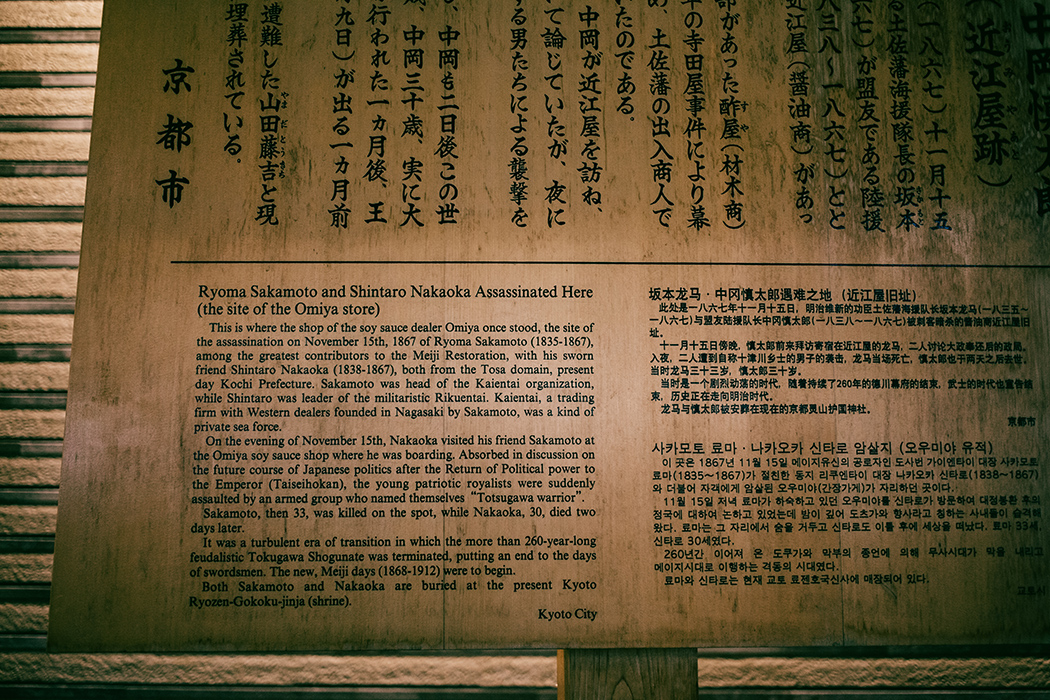 SUDDENLY, in the middle of Karamachi, is Sakamoto Ryoma and Nakaoka Shintaro’s assassination site.

If you’re an avid follower of Japanese historical dramas, I’m sure you’ve encountered Sakamoto Ryoma before! Fukuyama Masaharu played him in Ryomaden. 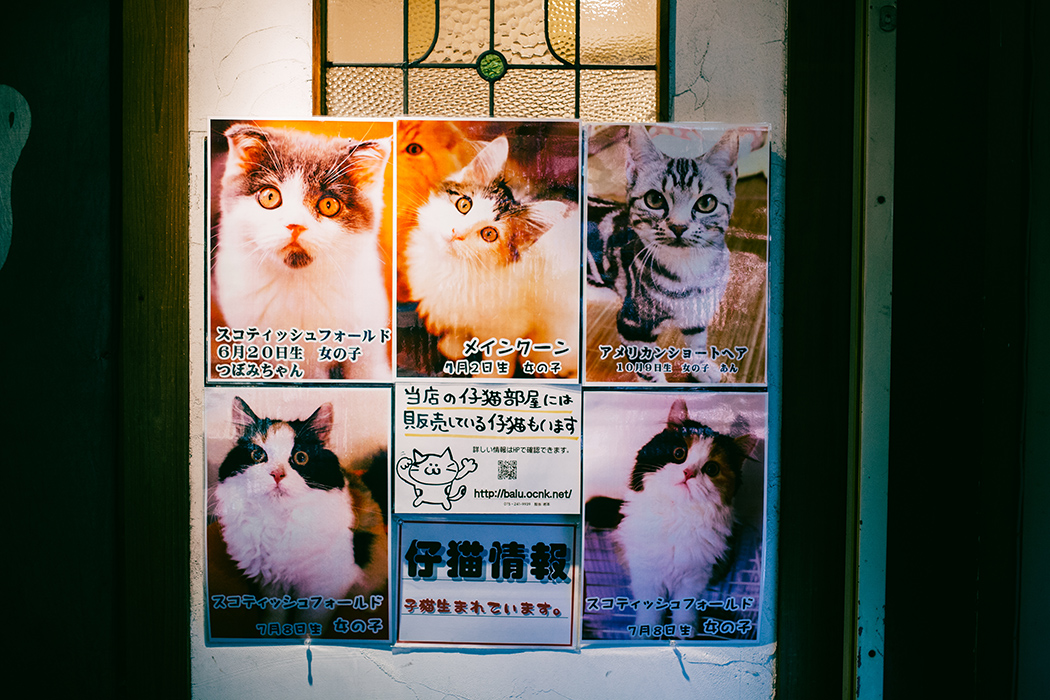 Found this in the Kawaramachi area! Right before Gion is a popular cat cafe called Cafe Wan Nyan Chu. I already made a mental note to come back here next time! Anyhow, if anyone’s wondering about cat cafe prices, they can be a little expensive but surely worth it! 1400 yen for an hour of kitty cuddling and non-stop photos. 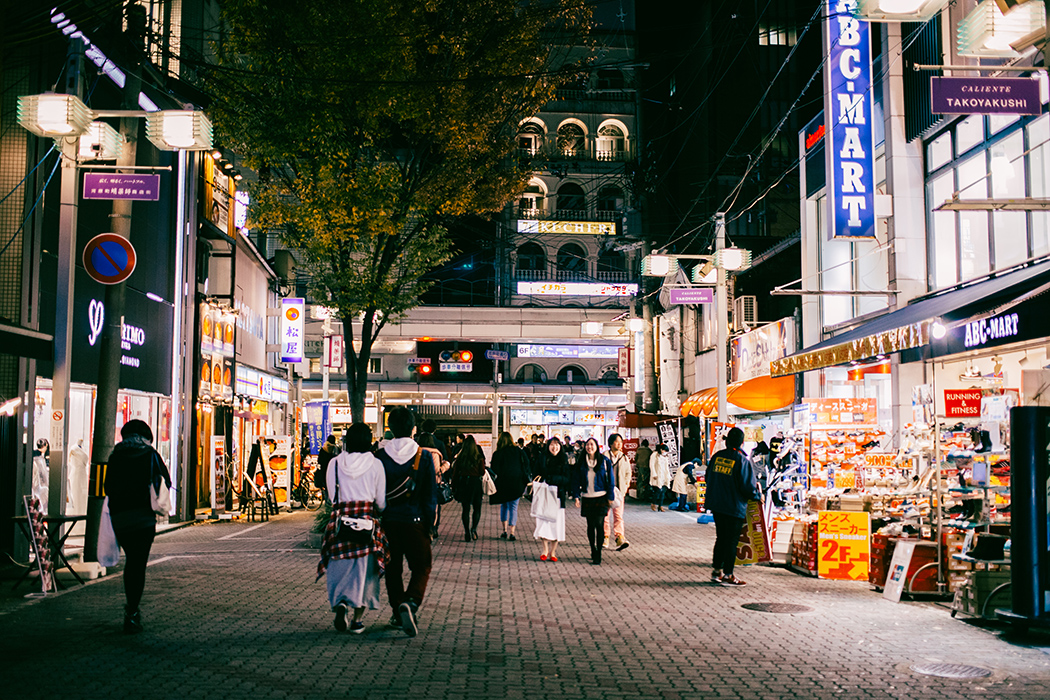 If you see any ABC-MARTs, run for your life! Or run to a future life of constant shoe shopping, lol. Awesome place to buy your favorite sports brands like Nike, adidas, New Balance, etc. 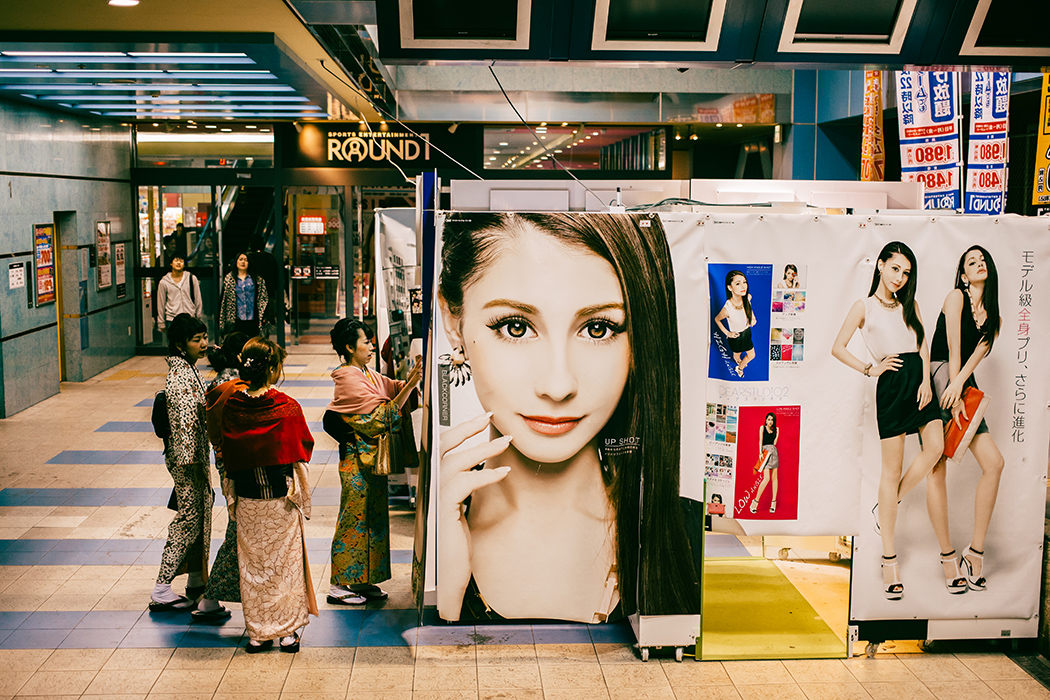 When in Japan, take Purikura! Purikura (プリクラ) is the shortened form of “Print Club” (Purinto Kurabu), and it is seriously one of the best inventions in the world. Basically it is like a super neoprint with professional lights and filters! Even if you have no make-up on, the machine will put make-up on you, lol.

Nowadays, there are ones that can also take full-body OOTD photos, and instantly makes you and your legs look longer and slimmer! This stuff is magic! 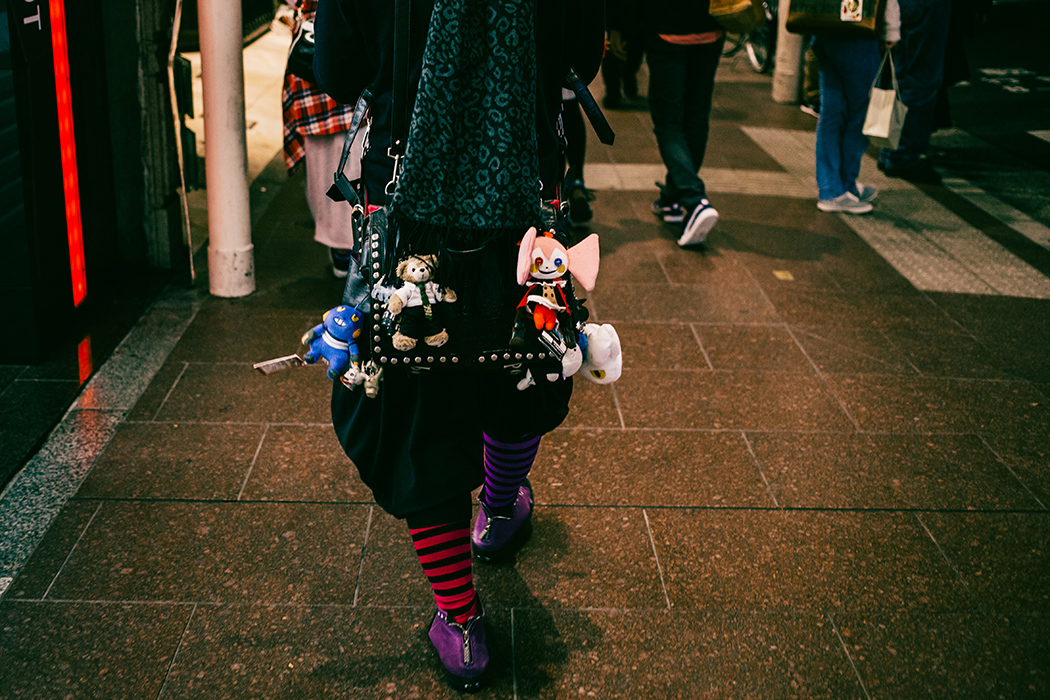 Toys as accessories. Only in Japan. 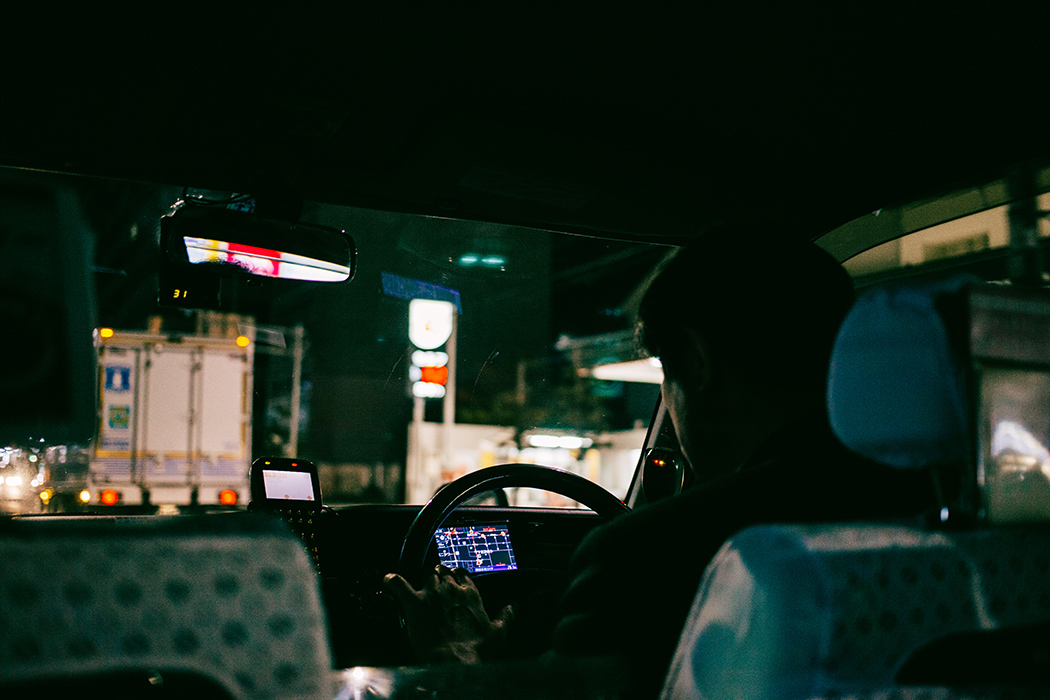 I gave into taking a cab because it was late, and I was too tired and sleepy to wait for the bus back to Kyoto Station, lol. Anyhow, I’m glad I did, because I met the nicest cab driver ever! He asked me if I were a tourist, and when I answered yes, he tried his best at speaking in English while recommending all his favorite spots around Kyoto! When I finally reached my destination, he told me he hopes I have fun during the rest of my stay.

It was only my first day in Kyoto, and things were already looking up! Want to go to Japan? You just might qualify to win a trip with #EnjoyJapanPH #POTW (Photo of the Week) Contest! They just ended their Week 1 (Japanese Food) and Week 2 (Japanese Items) contests, but the excitement’s only beginning now. The Week 3 challenge is JAPANESE FASHION!

Post your favorite Japanese-inspired OOTDs, or Japan-taken street style snaps on your Facebook with the tags #EnjoyJapanPH and #POTW. Tag the EnjoyJapanPH Facebook page to let them know, and let your friends like your photo! The photo with the most likes wins!

You can read all about the contest here. Hope to bump into you in Japan!