My mom and I got on a city tour bus on our first full day in Korea! We got on the first bus which leaves 9AM at Gwanghwamun (Kyuhyun’s solo wasn’t released yet tho, lol).

Super early, but this is what my mom got for entrusting me with the itinerary. Time is of the essence! I usually cram all the touristy places on the first few days of my trip, so I can relax, go shopping, and take my time on my last days. 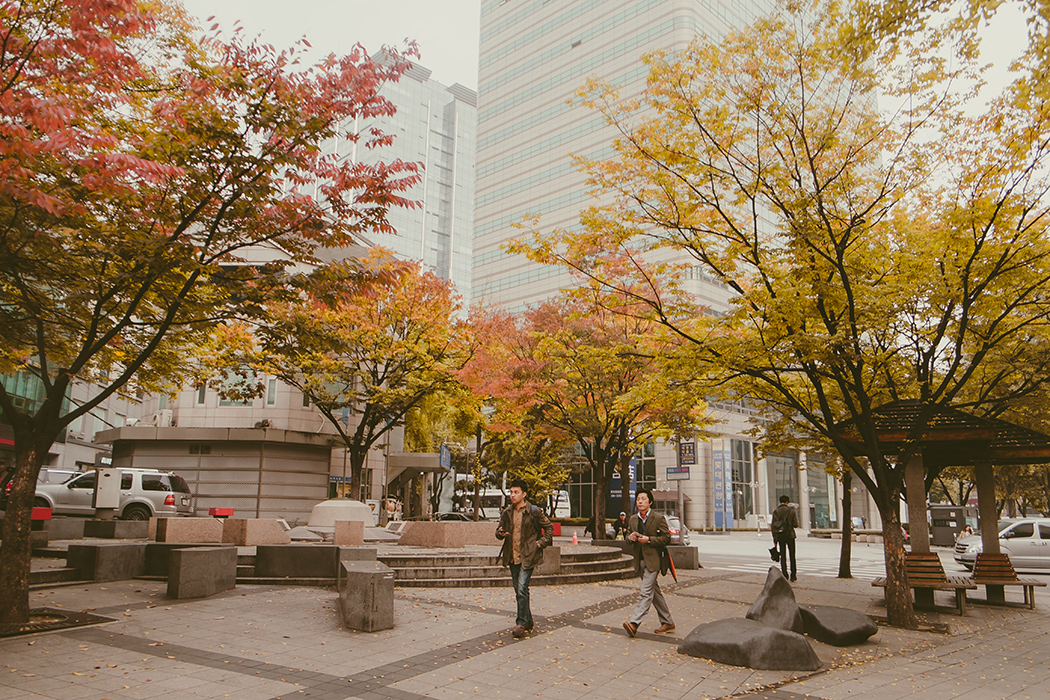 Gwanghwamun’s city tour bus stop was around this area. We managed to complete the whole course of the tour, but I’ll only include our first stop in this post. 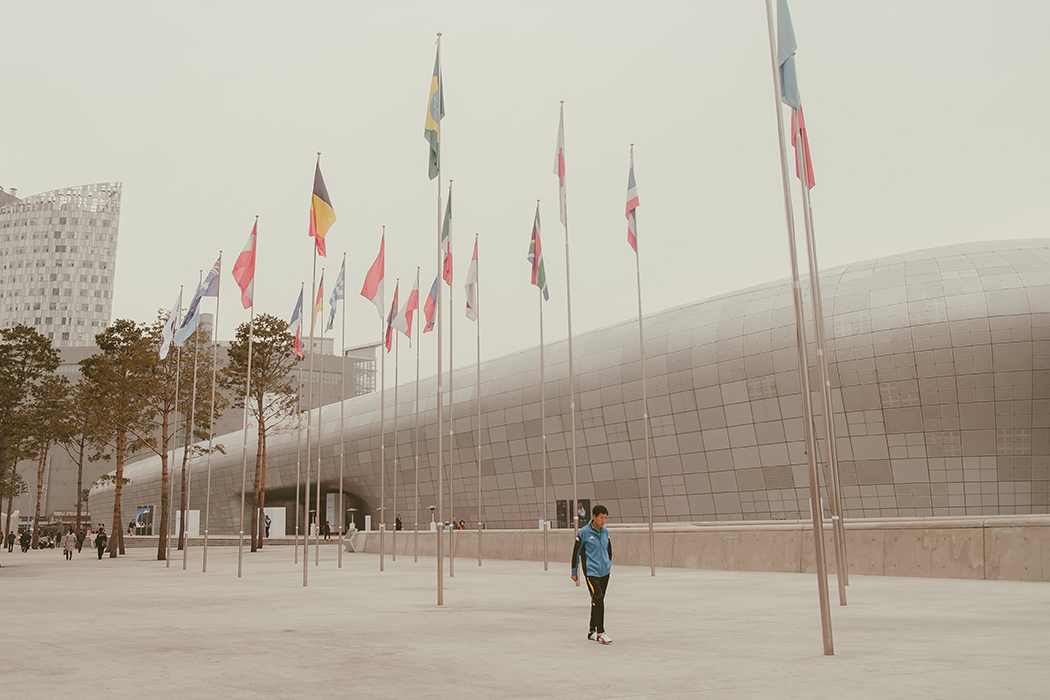 DONGDAEMUN! The city tour bus dropped us off right in front of the new Dongdaemun Design Plaza, or DDP. 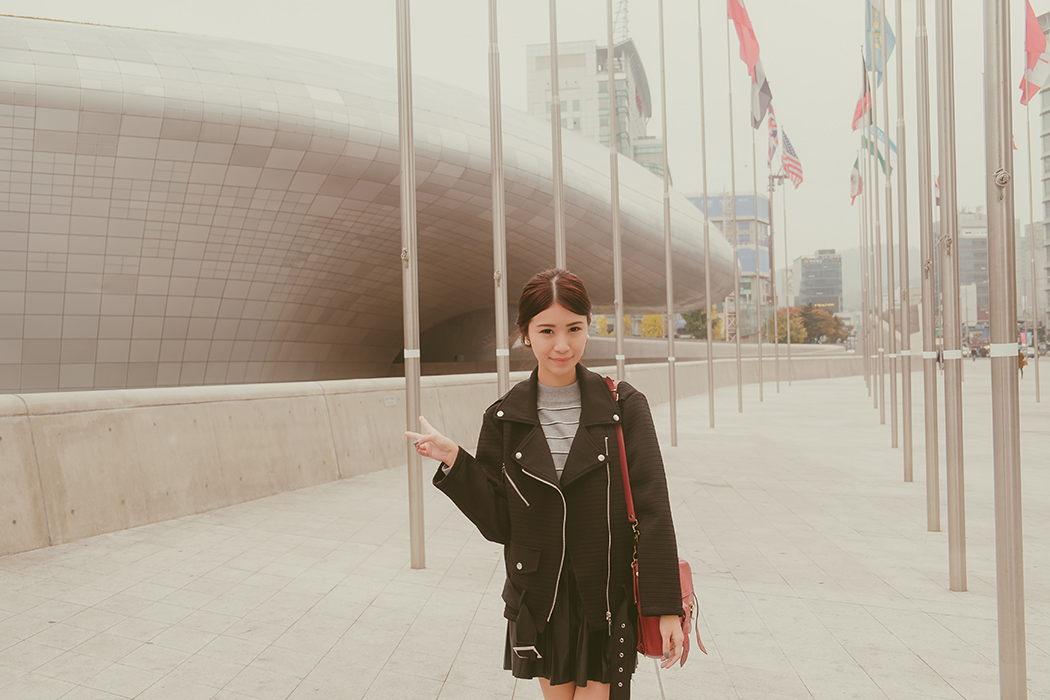 If you follow Korean fashion closely, this place might look familiar. This was where Seoul Fashion Week was recently held. <3 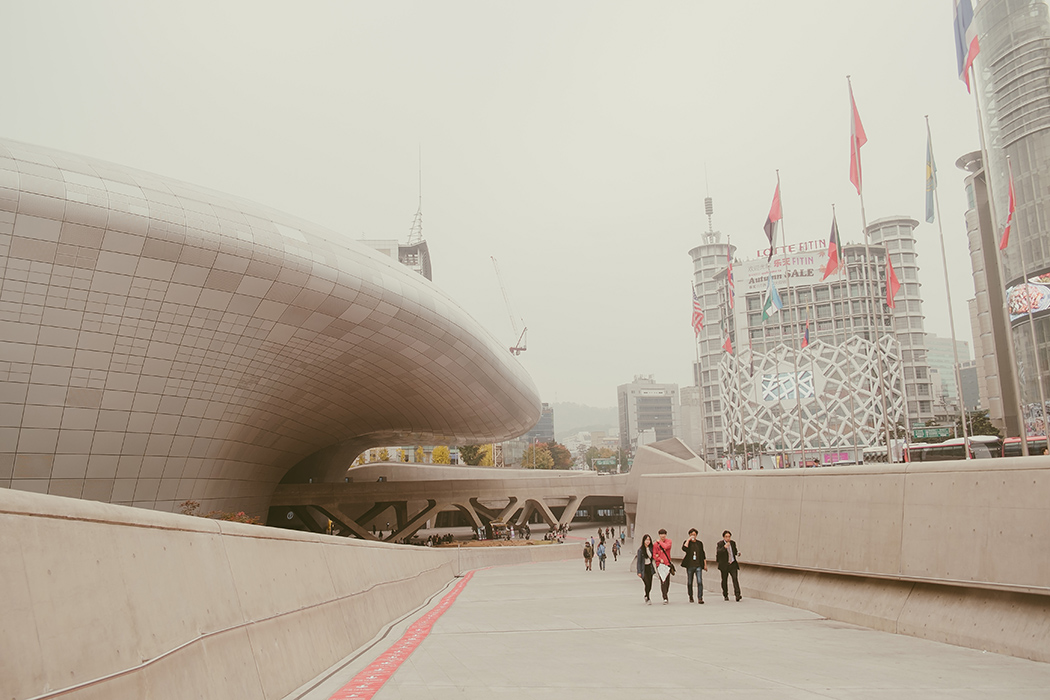 The whole place looks like a UFO, or something straight out of a sci-fi movie, but it’s amazing how the design is far from looking absolutely alien (pun intended) in the middle of the bustling city of Seoul. You know how some buildings or monuments can look out of place beside their neighboring structures? DDP beautifully blends right in, and very tastefully so. 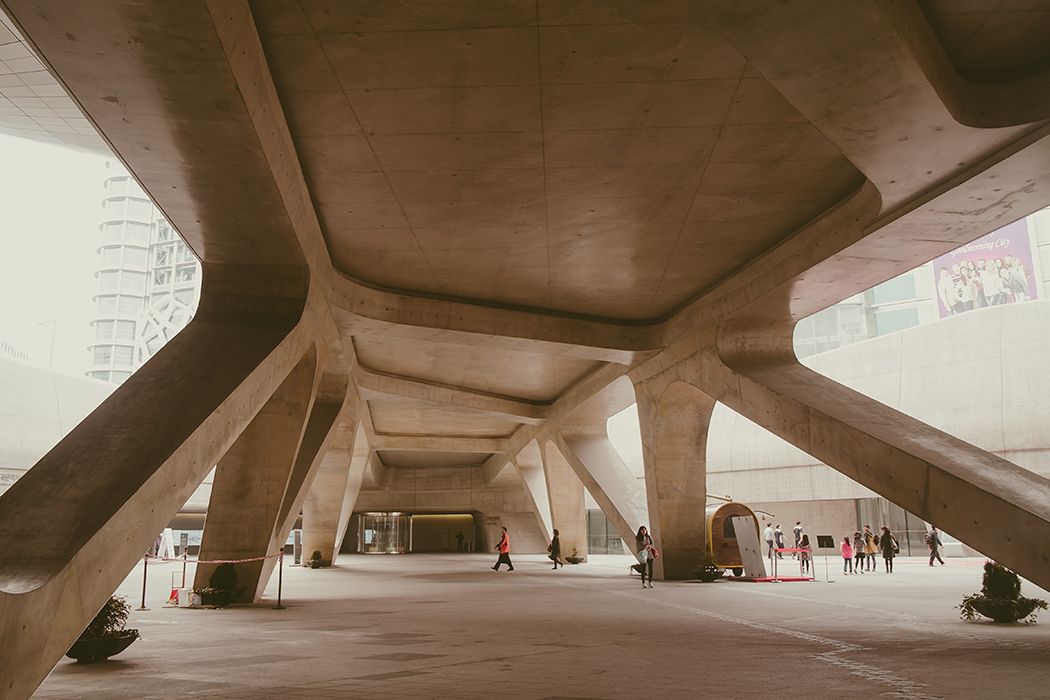 DDP was actually designed by Zaha Hadid, one of the world’s most famous female architects. Her name might ring a bell because she is also the one designing the New National Stadium of Japan for the 2020 Olympics! Looking forward to seeing the new stadium in Shinjuku~ 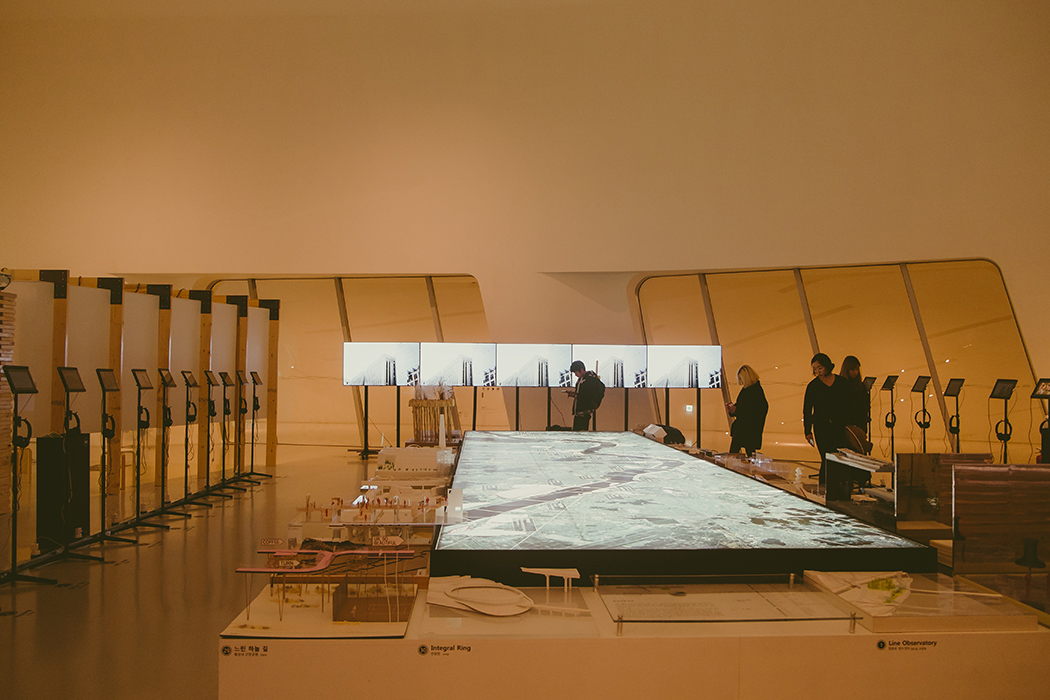 In 2010, Seoul was designated as a World Design Capital. When I visited one of the exhibits in DDP, I perfectly understood why they were given the title. 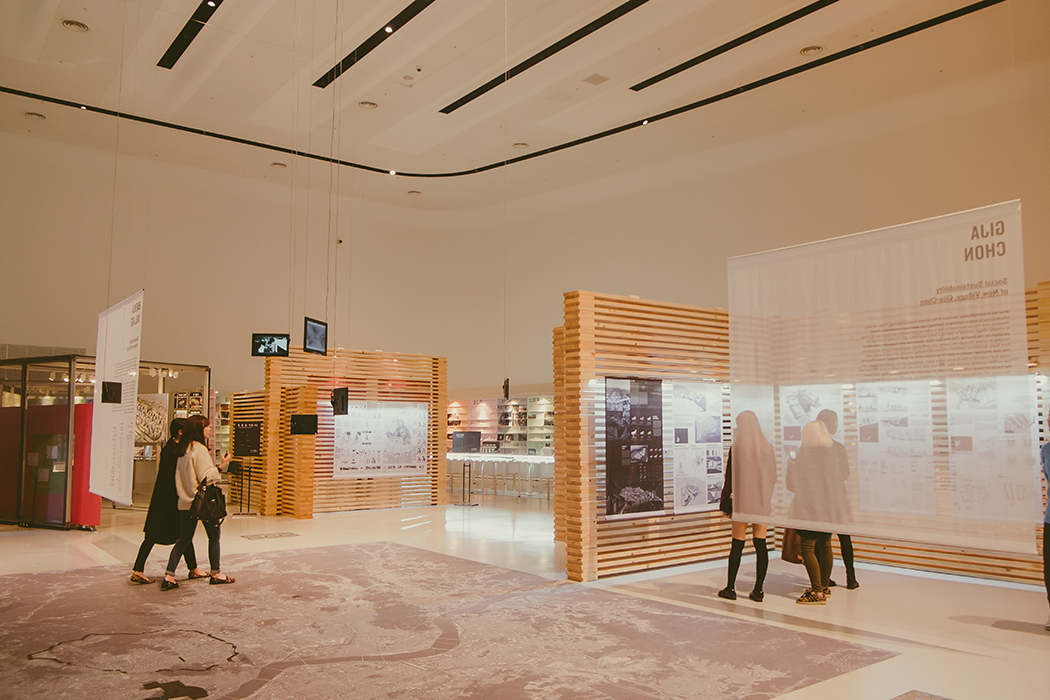 The exhibit was about Seoul’s urban planning, and how the city was able to transform into productive place that it is now. Interestingly, new research and planning have led Seoul into demolishing some of their expressways and overpasses to provide leeway for greener solutions, a better skyline, etc, etc. The only thing that ended up greener than the city of Seoul is me. So green with envy. How can you not love a place that takes design into a whole new level? Throughout my time as design student, I learned that good design = higher productivity. And Seoul breathes this exact ideology.

“Design is not just what it looks like and feels like. Design is how it works.”, says Steve Jobs. Now, how do we bring this message to our local government, huhu 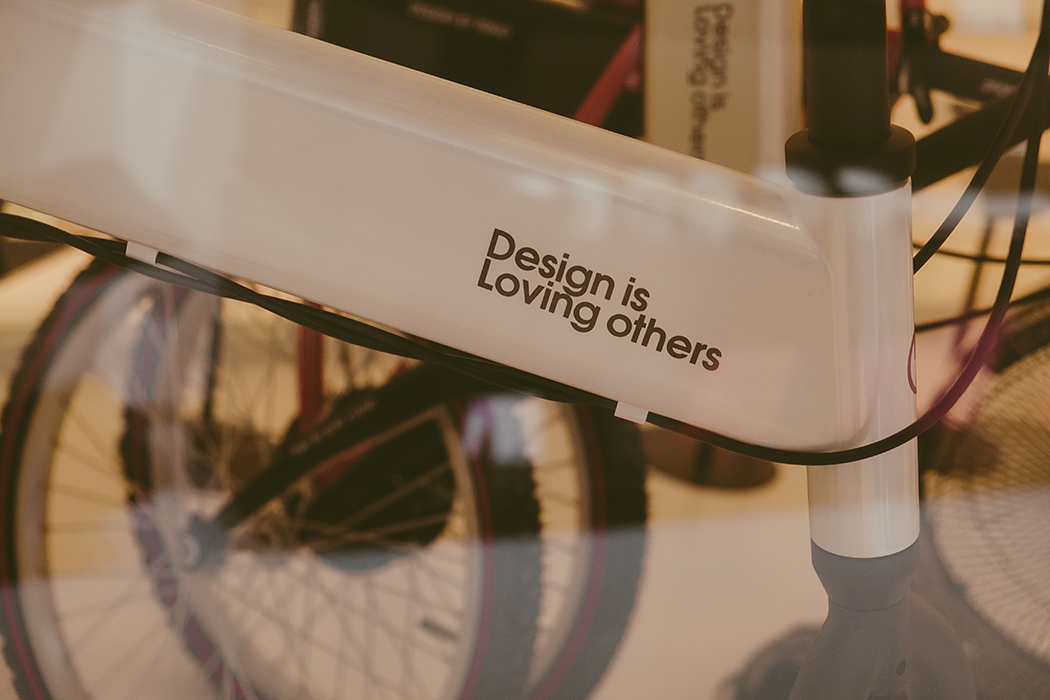 Design is also loving others! 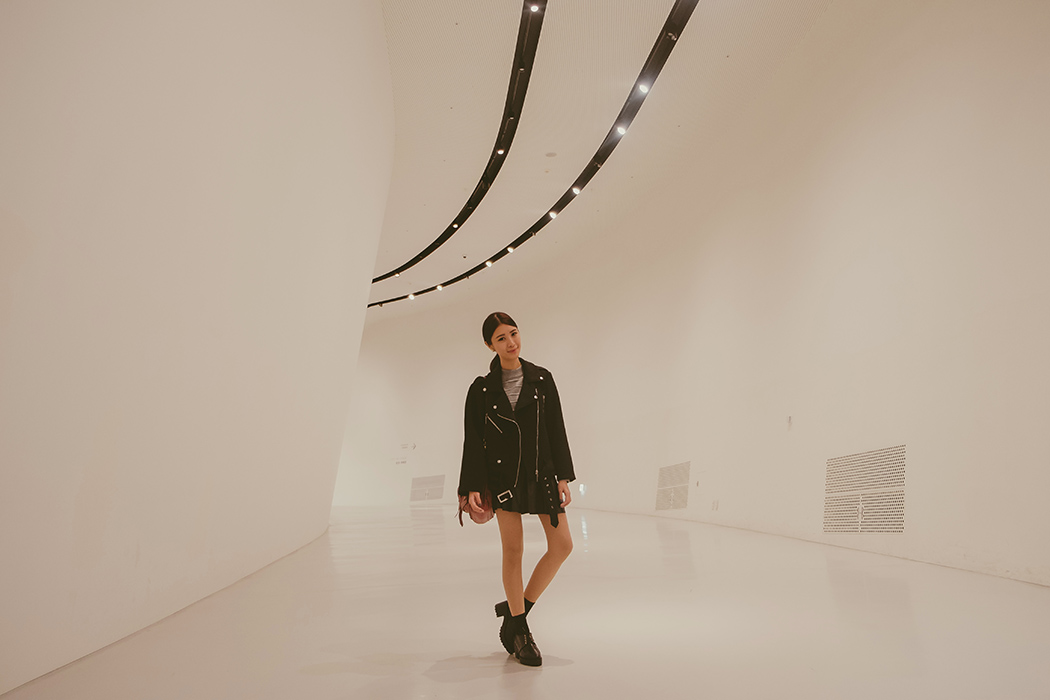 Felt like I was in a futuristic video game in DDP’s halls. 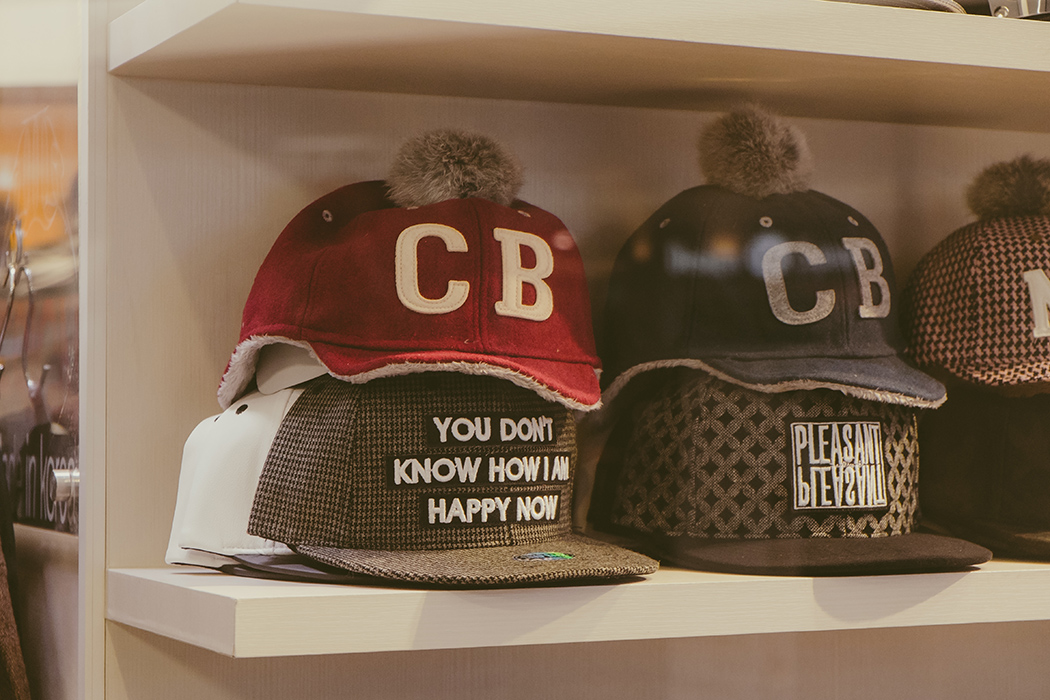 Perfect cap to en-cap-sulate (sorry not sorry I keep making lame puns) all the feelings I had for DDP. 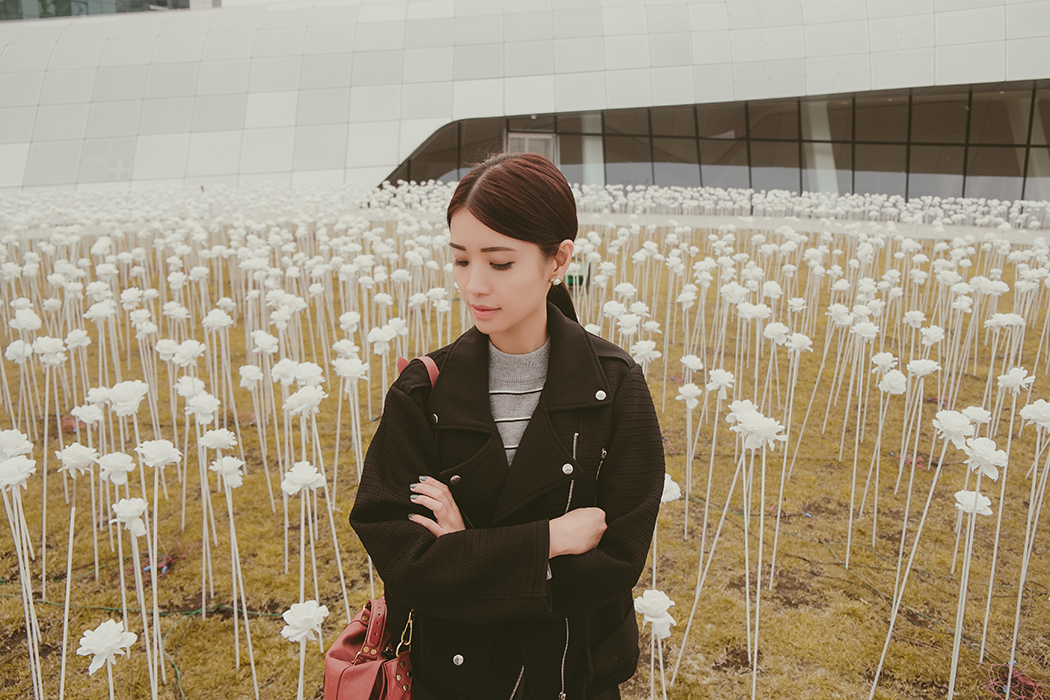 At the top of DDP is a flower garden filled with LED flowers. I wasn’t able to catch it at night when the flowers are all lit, but now I know the best time to go is around sunset to be able to see the best of both worlds. 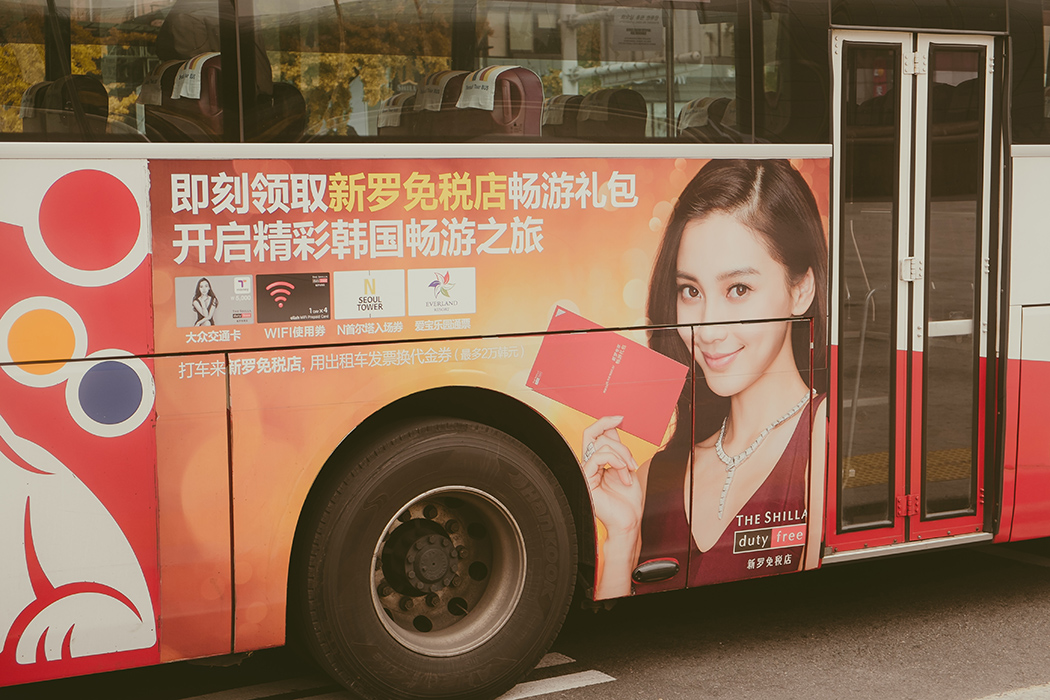 Blessed by Angelababy’s light. Glad to see my favorite HK model in Korea! It was like seeing Lee Min Ho’s and Kim Soo Hyun’s photos everywhere in HK too. Hoping Angelababy can endorse some of our local brands~ 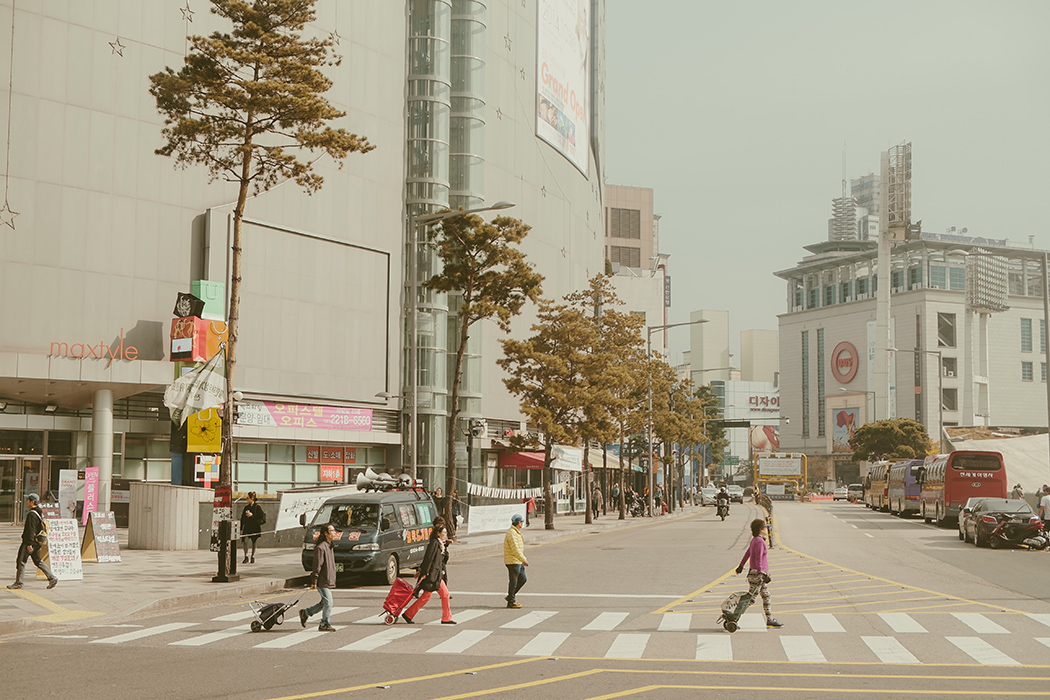 View from the bus. Went to some temples after DDP, but will save those photos for another time. The next day, shortly after visiting Bukchon Hanok Village and Insadong, my mom and I decided to do some shopping at Doota in Dongdaemun. It’s right in front of DDP – you can’t miss it! 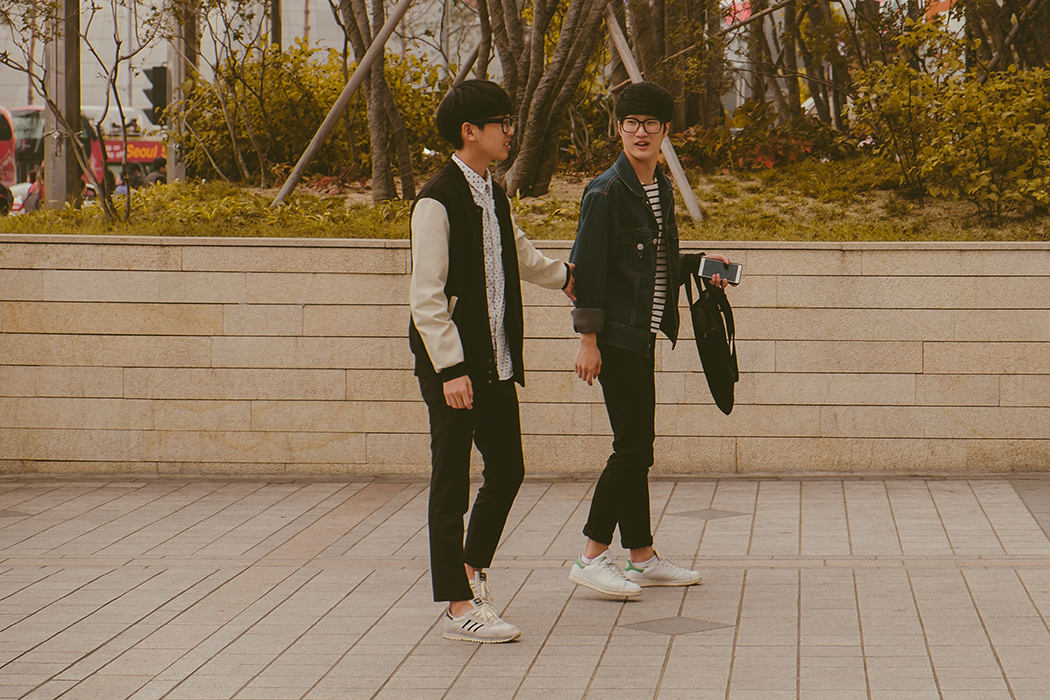 I keep taking photos of Korean dudes, lol, I love their fashion so much! They can make basics and sportswear look so chic. 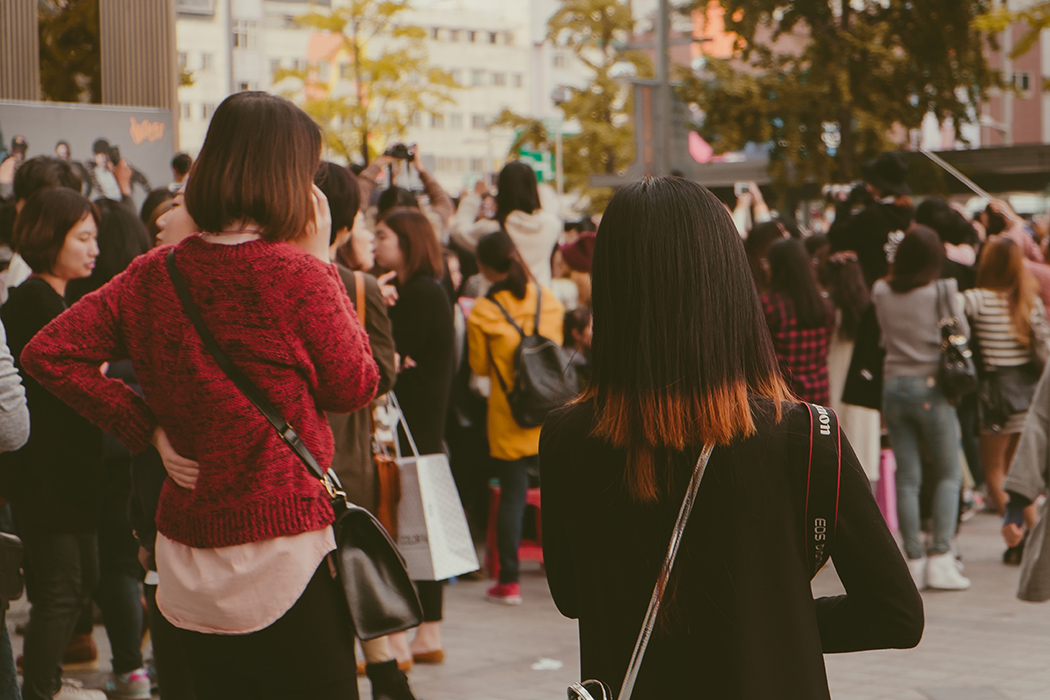 Arrived in Doota, and my mom and I were like WHAT IS HAPPENING! 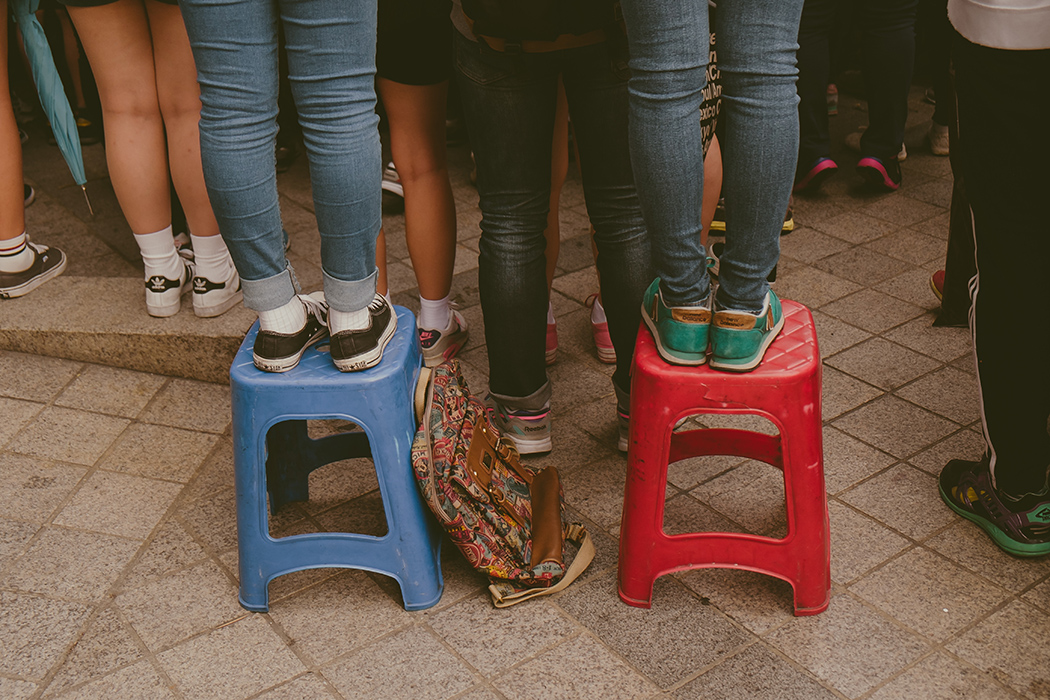 There were so many girls with their giant cameras out! Some of them brought their own little chairs to get a better view. 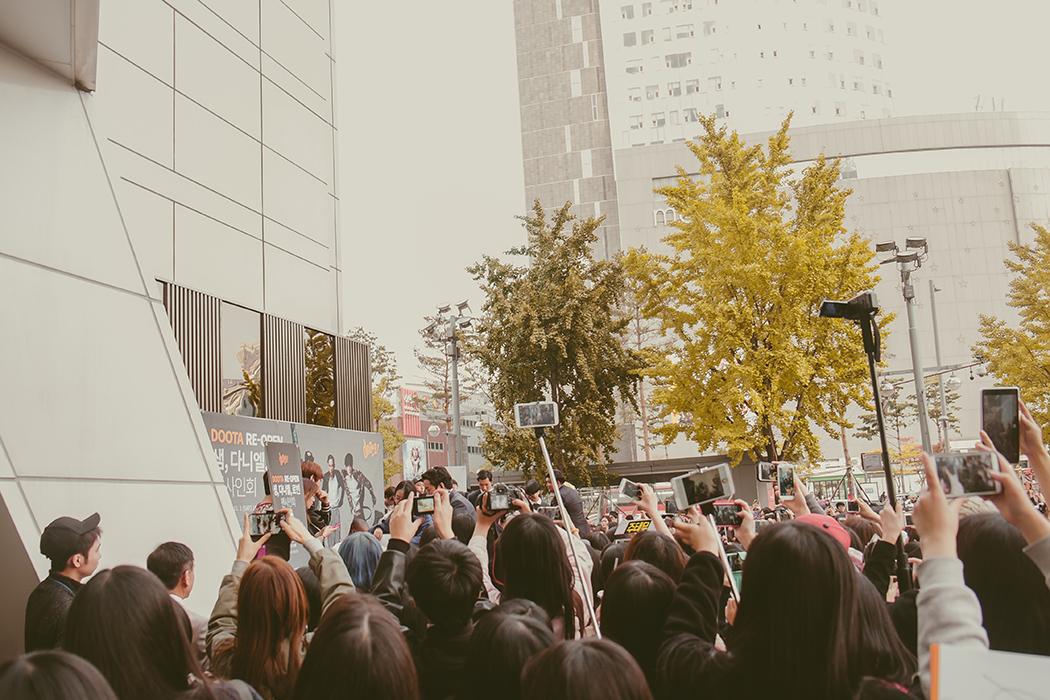 Apparently, there was an Abnormal Summit x Doota event! Sam, Daniel, and Robin were there for some sort of meet and greet/fansigning, but I failed to see them because of the insane number of people who all had their stools propped around the stage.

So my mom and I just went shopping, haha. No photography allowed inside the Doota building, but it’s still one of my favorite places to shop in Korea. It’s somewhat like Shibuya 109, but with Korean brands, and some Western and local designer brands on the lower floors. Also, tax refund for tourists! Whee! 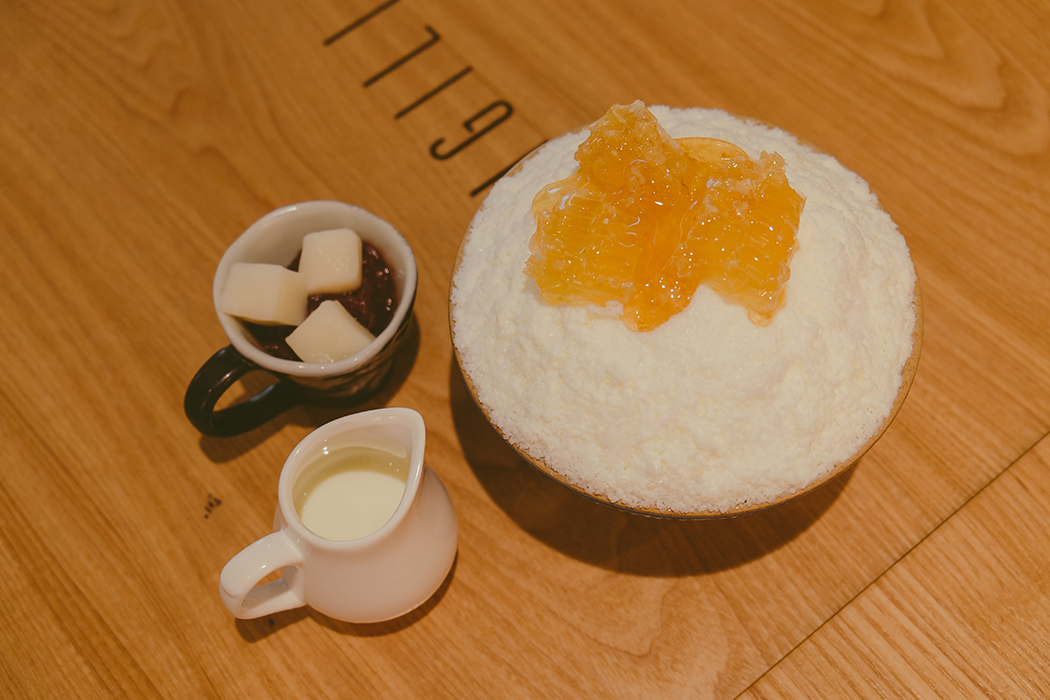