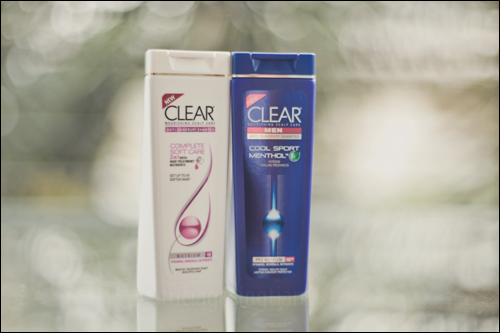 Mid-April, I was very fortunate to be included in the roster of media people sponsored by Unilever Philippines to attend the Clear Technology Expo in Shanghai. It was an event held at the Unilever Research and Development Center and around 60-70 people from 7 different countries were there to witness the revolution that is New Clear.

Did you know that Filipinos have the highest hair washing frequency? Yet 77% still complain of scalp problems. Clear has discovered a breakthrough technology to solve this, thanks to the concept of total scalp care and Nutrium 10, a blend of resistance boosting vitamins and minerals that works on the inside to strengthen and rebuild the scalp’s natural resistance to scalp problems. And what’s even nicer about this is that not only does it stop at the roots, but it’s also a good hair care shampoo for the tips which are also prone to damage. 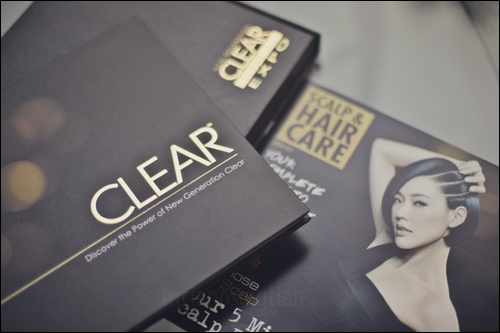 The press kit included 2 booklets, one about New Clear and the other a complete guide to a perfect scalp. The endorser on the cover is Xiao S, an absolutely gorgeous actress and singer who somehow makes me want to dye my hair black to look all sexy and vampy (but we all know how out of character that would be!). 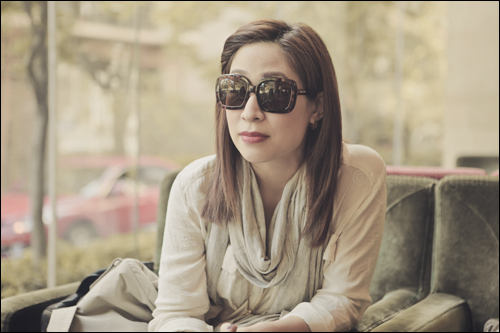 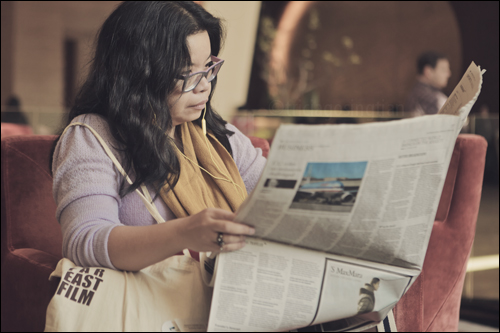 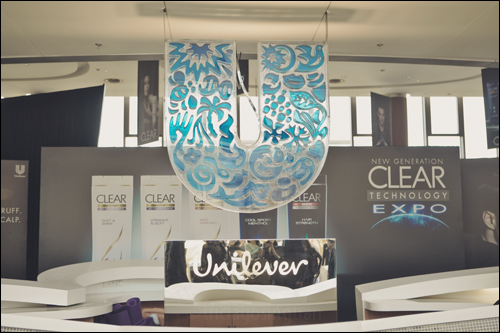 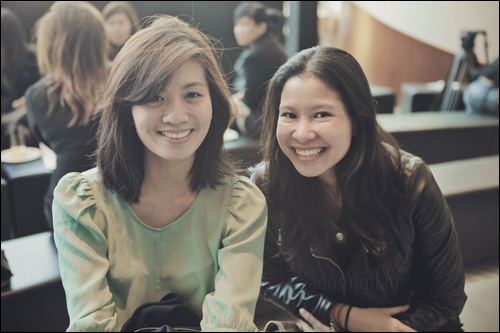 Reggie from Style Bible and Kelda from Unilever Philippines. 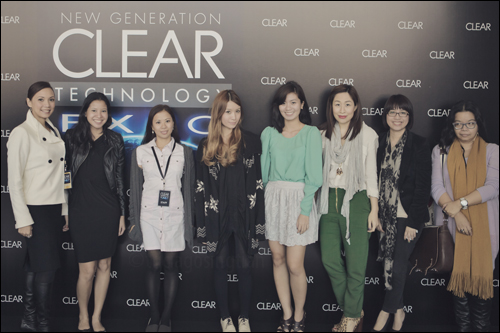 Here are the people I went with and was lucky enough to meet because everyone’s just unbelievably talented and kind. Team Philippines: Charmagne, Kelda, Jennifer, Reggie, Agoo, Cheche and Jessica. 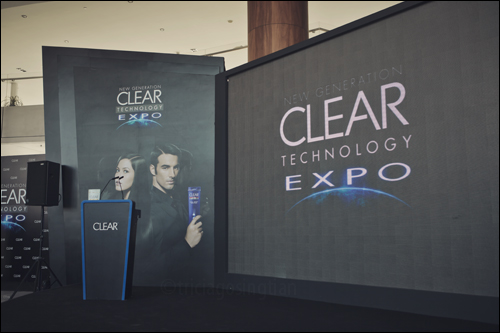 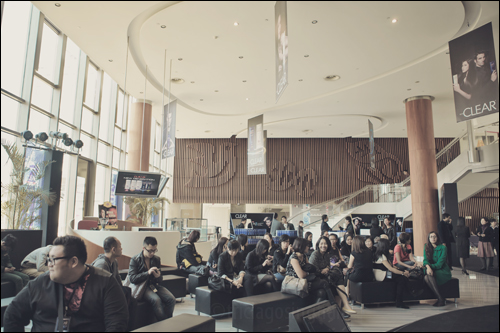 Most of the morning of the expo was spent for presentations and introductions. Francois Renard, the global vice president for Clear, shared insights on the paradigm shifts regarding the scalp. Victor Hugo Jr., the global brand manager (who is Filipino!) of Clear, introduced substance as the founding pillar behind the new mix. Dr. Graham Turner, a Discover category project leader, talked about the importance of scalp health. Amit Jayaswal, the global R&D director, introduced the breakthrough technology that is Nutrium 10. 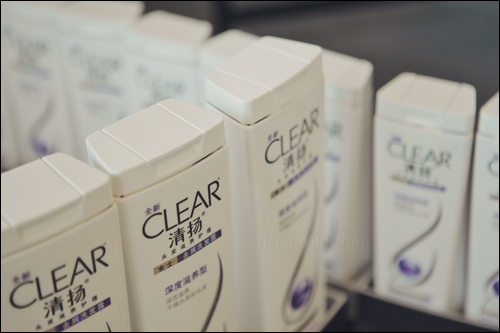 After that there were important lab tours that provided some interesting inside information such as the formulation of the new technology behind New Clear, as well as a live demonstration of how Clear users have less hairfall and breakage compared to other brands.

(I was the only one in the bunch with really light brown hair, besides Agoo who had a slightly dark brown shade. We shared a few laughs on how they used my exact same hair color in their hair swatches as an example of damaged hair! They placed healthy hair and damaged hair in a basin and the damaged strands sank so fast it made me a little sad about the health of my own hair. Yikes!) 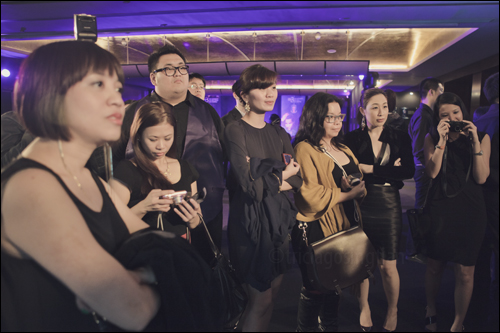 Back at the Swissotel Grand where everyone stayed, there were cocktails and brand immersion activities. 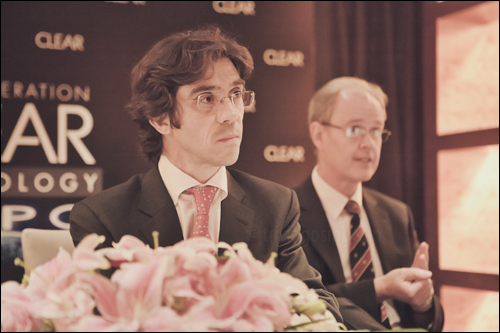 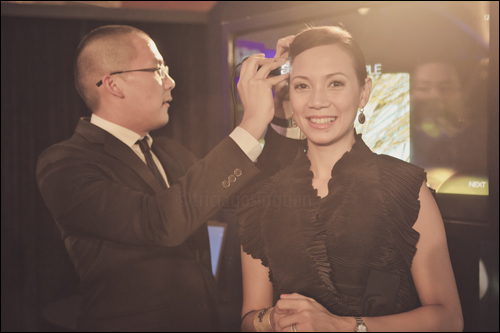 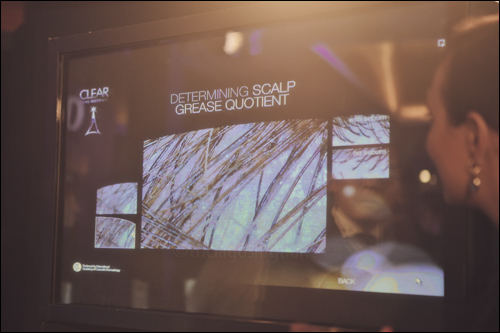 Brand manager Paul Katimbang did a scalp test on Charmagne and she managed to get a pretty high score! After determining your scalp’s grease quotient, the program instantly recommends the best variant of New Clear for you. Was too scared to have mine tested because of the insane amounts of chemicals used in achieving my current hair color. Hair suicide much!

French fragrance expert Gaelle Clement showcased the winning fragrances used in New Clear. One interesting thing I learned from her was that Clear smells different depending on which country you go to and the fragrances are loosely based on existing local favorites and preferences. Clear Men here in the Philippines takes its inspiration from Clinique Happy! 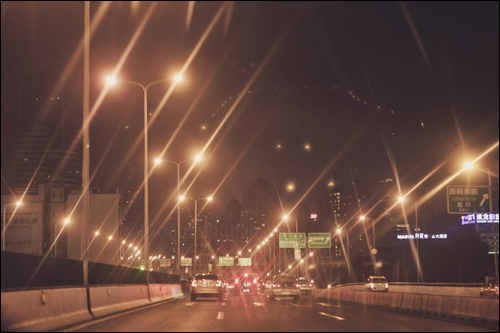 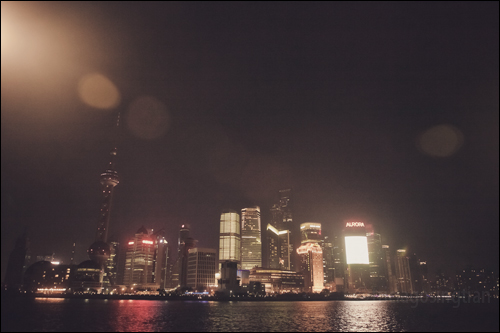 Thanks Clear and Unilever. ‘Til next time, Shanghai! 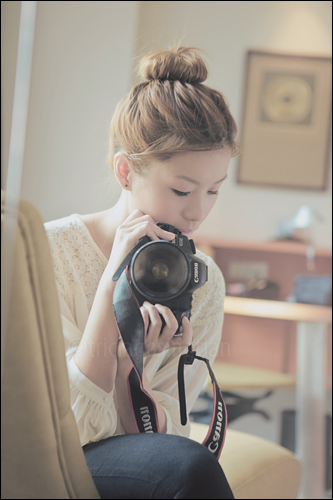