I’m so sad because this will be my second to the last Seoul travel diary, huhu. Major separation anxiety. One of the reasons why I try to always space out my travel diaries (instead of posting everyday) is because I consider them the official conclusion to my trips. Now I must accept that my Korea trip is over! Boo! At least I’ll end it with a bang, because I left Gangnam/Garosugil for last! 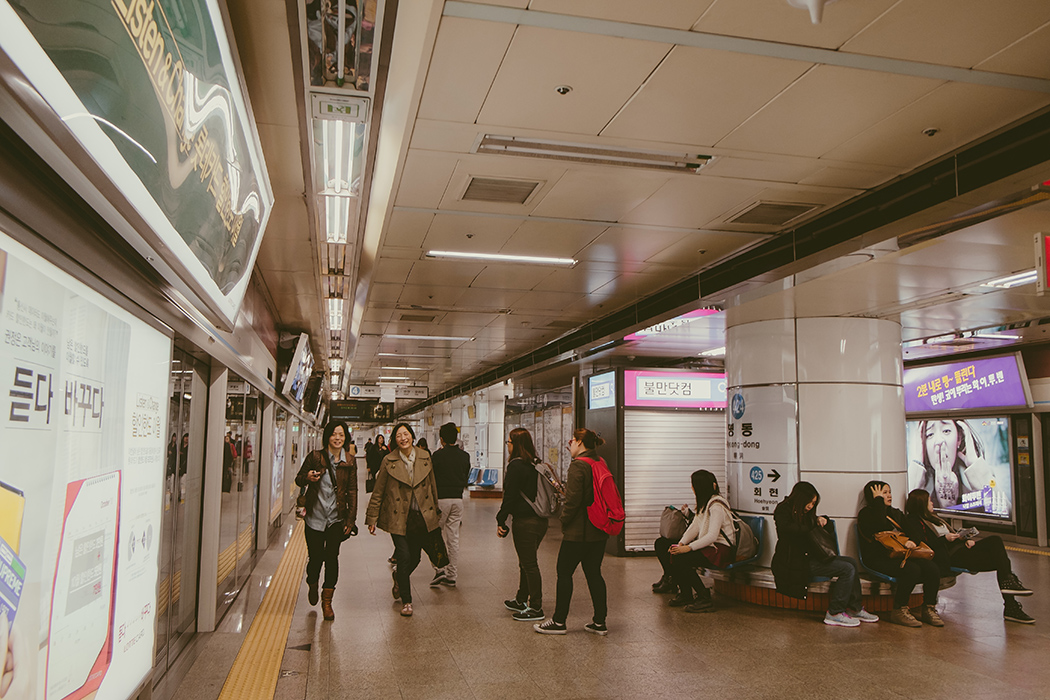 On a brighter note, these photos were taken on my last two days in Seoul. My mom and I decided to ditch the city tour bus for the old school subway system. The subway map of Seoul can look intimidating at first, but it’s actually quite easy to understand and get the hang of, especially if you often take the train in Japan, Hong Kong, Singapore, etc. 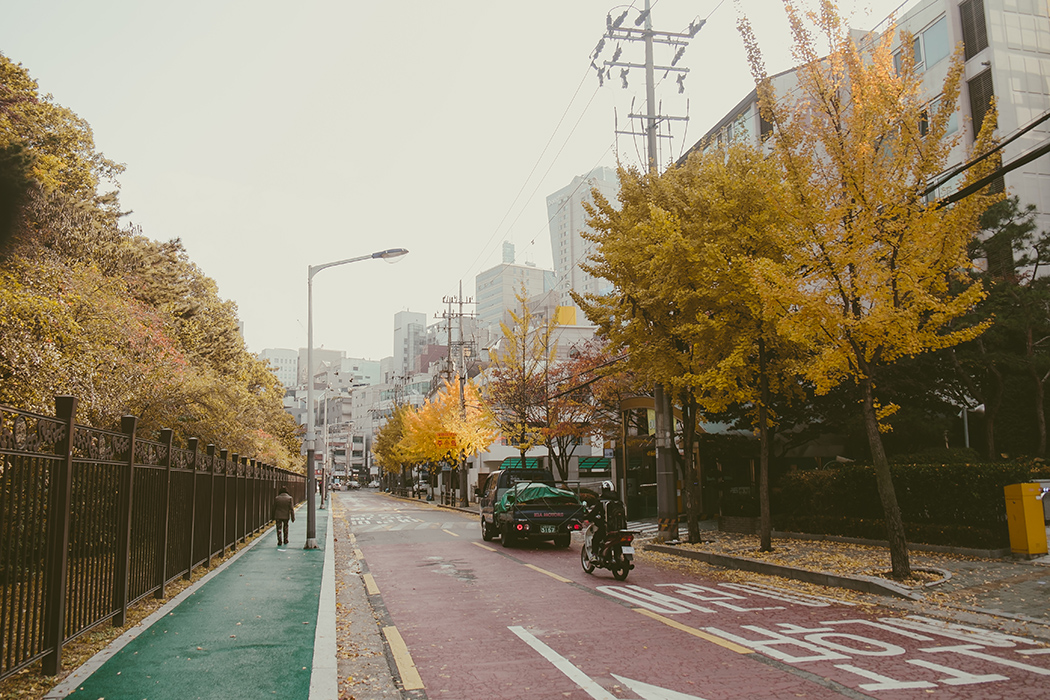 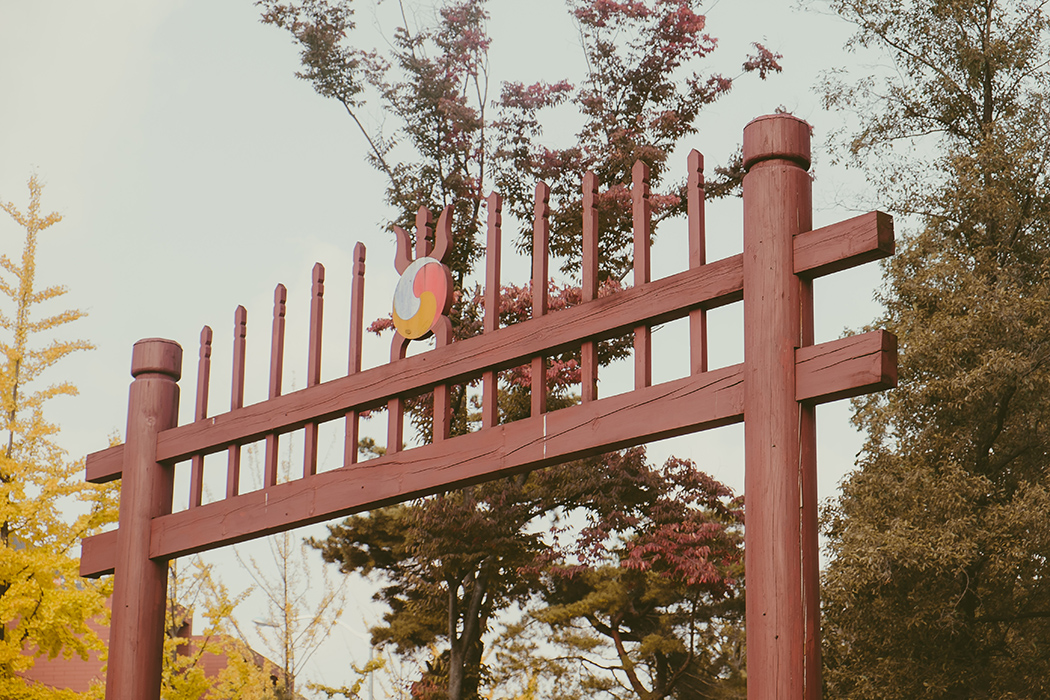 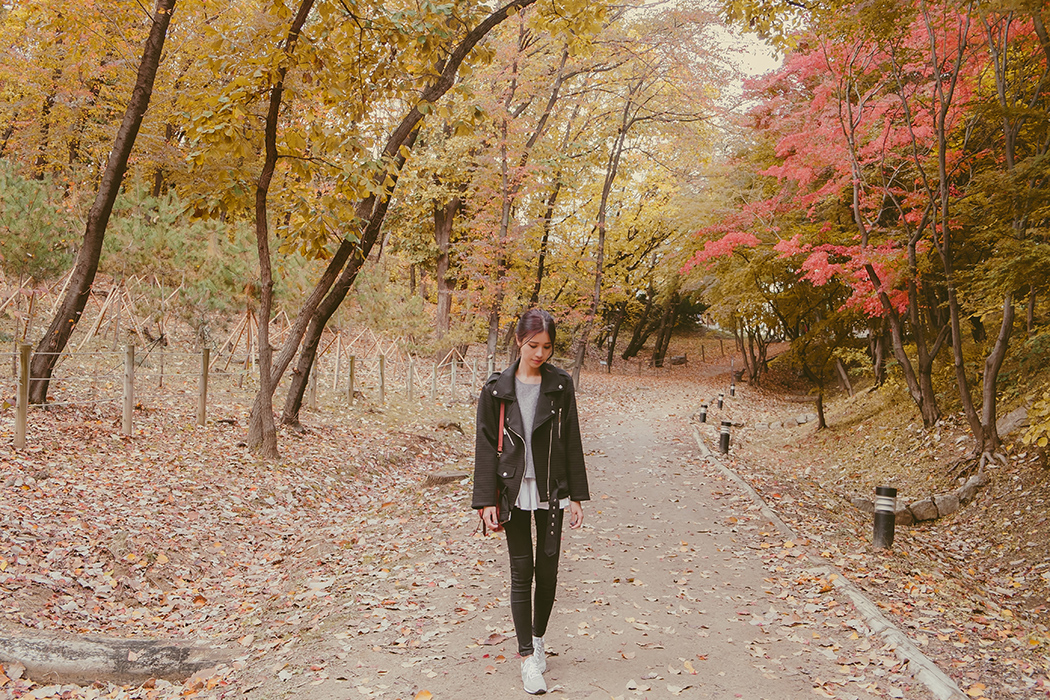 We took the subway from Myeongdong to Seolleung Station to get to our destination – Seonjeongneung. We planned on staying in Gangnam the whole day, but since stores open late anyway, we had a lot of time to kill in the morning. I researched about UNESCO World Heritage Sites the night before, and saw these royal tombs as a fitting place for both an early morning stroll and a cultural excursion.

Seonjeongneung, or the Seolleung Royal Tombs, is the burial grounds of two Joseon Dynasty kings and one Joseon queen. 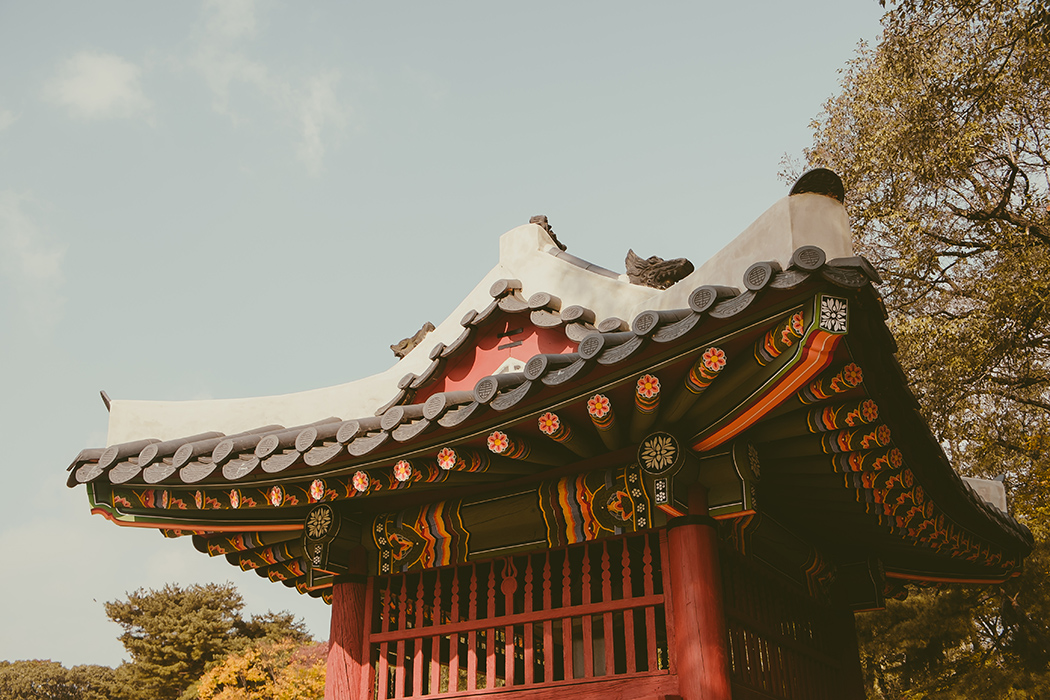 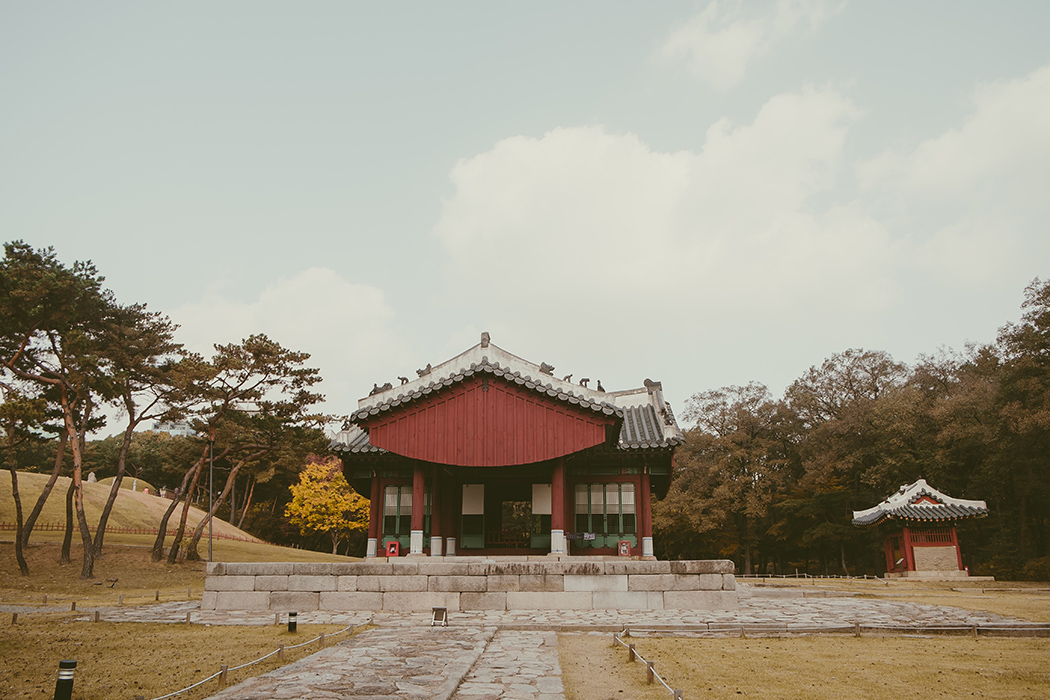 One of the burial temples.

The pathways for spirits and for human beings are different. The one that’s slightly wider and more elevated is for the dead king. Visitors are only allowed to walk on the human pathway on the side. 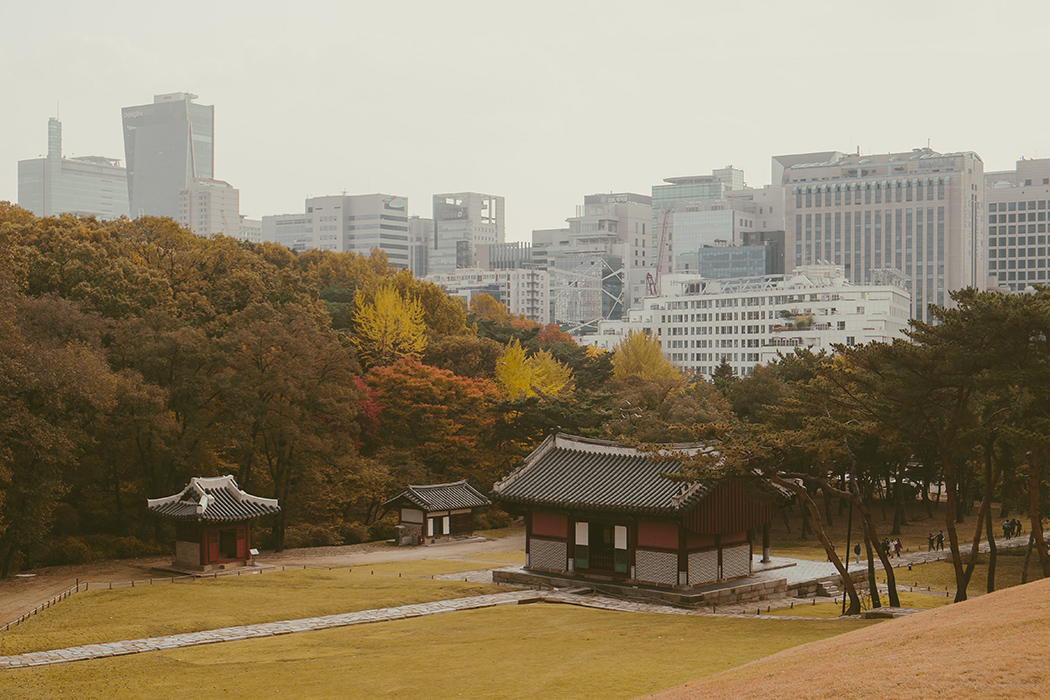 Awesome view of Gangnam in the morning. Also, you can see here that the whole park is huge! 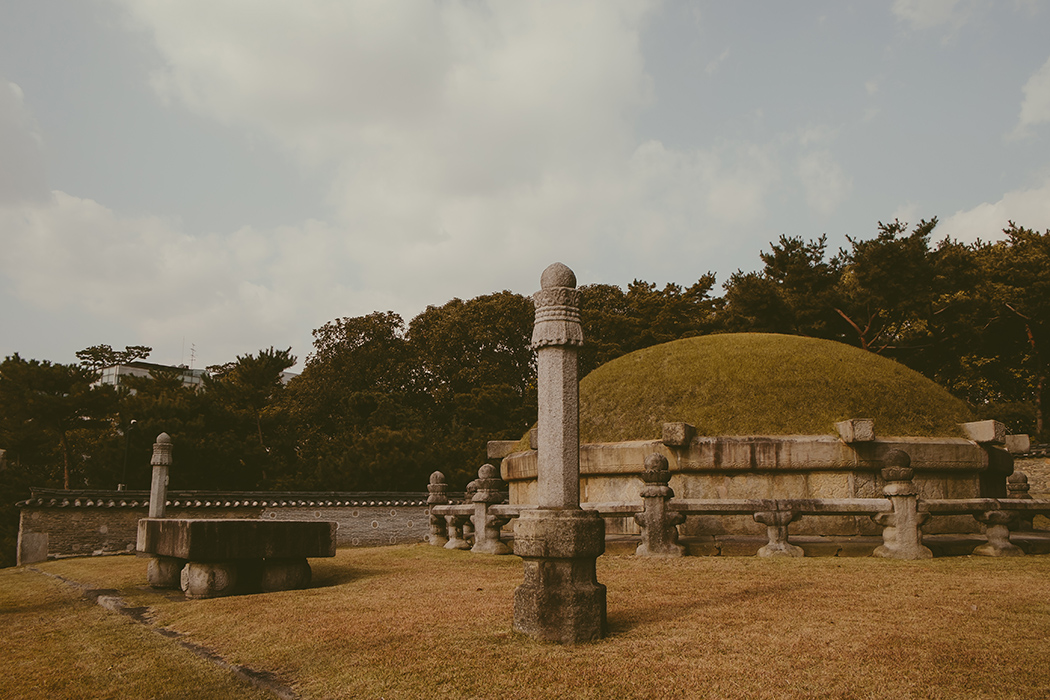 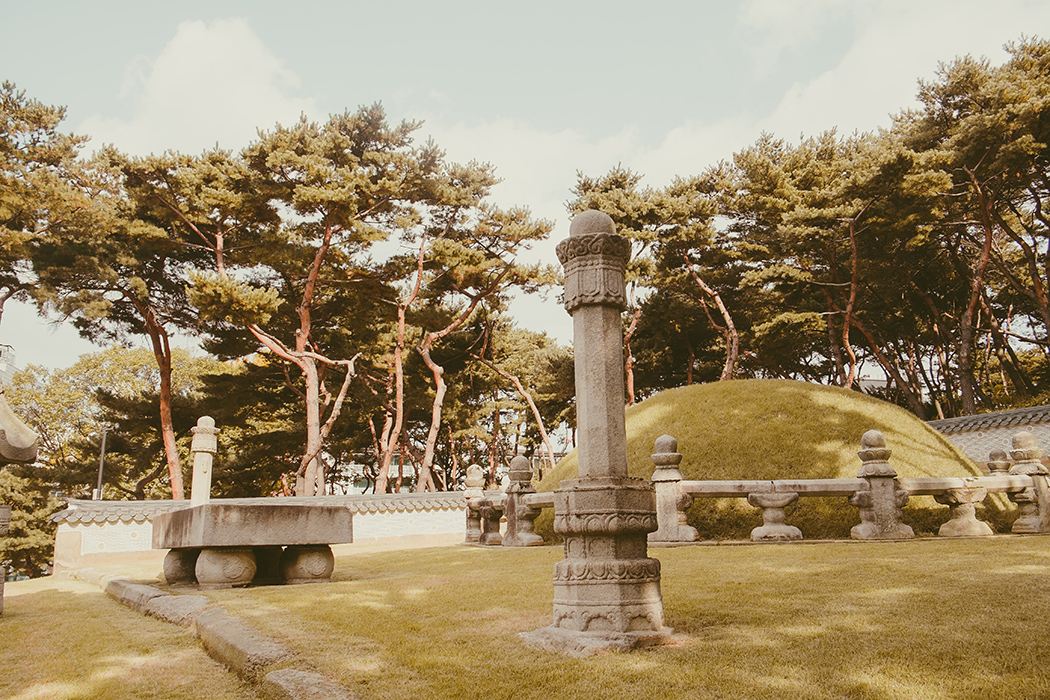 Queen Jeonghyeon’s tomb. She was the third wife of King Seongjong. 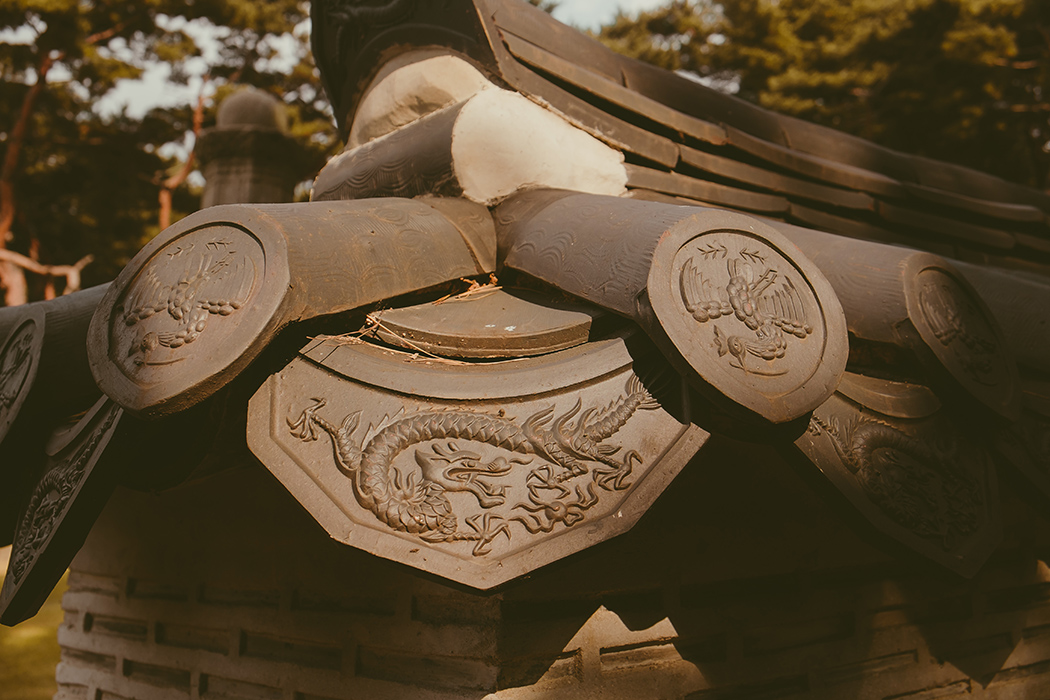 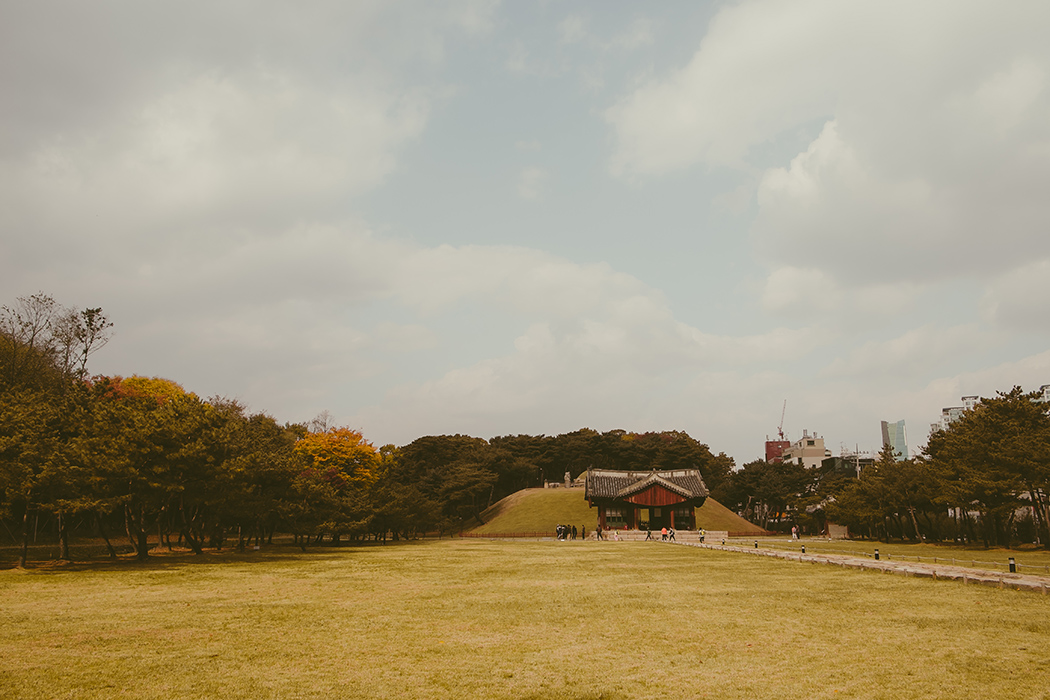 Jeongjagak Shrine, part of Jeongneung / the royal tomb of King Jungjong. He was King Seongjong and Queen Jeonghyeon’s second son. 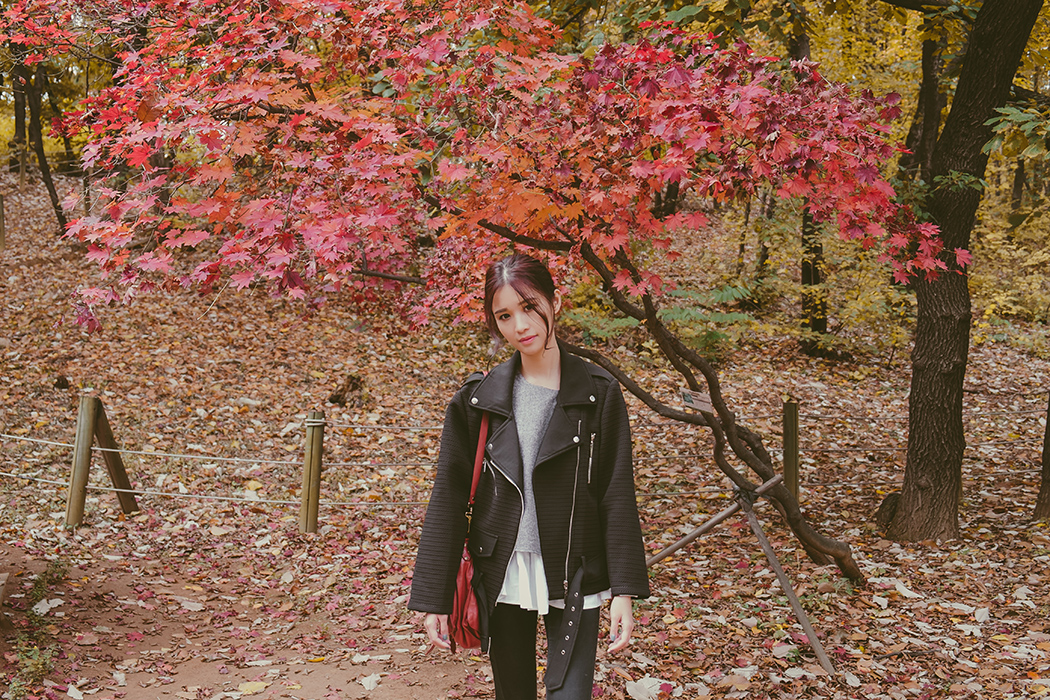 Red on red. I am so obsessed with maple leaves! It would be such a dream to be able to see them every year. Hopefully, I can go abroad in autumn again this 2015! 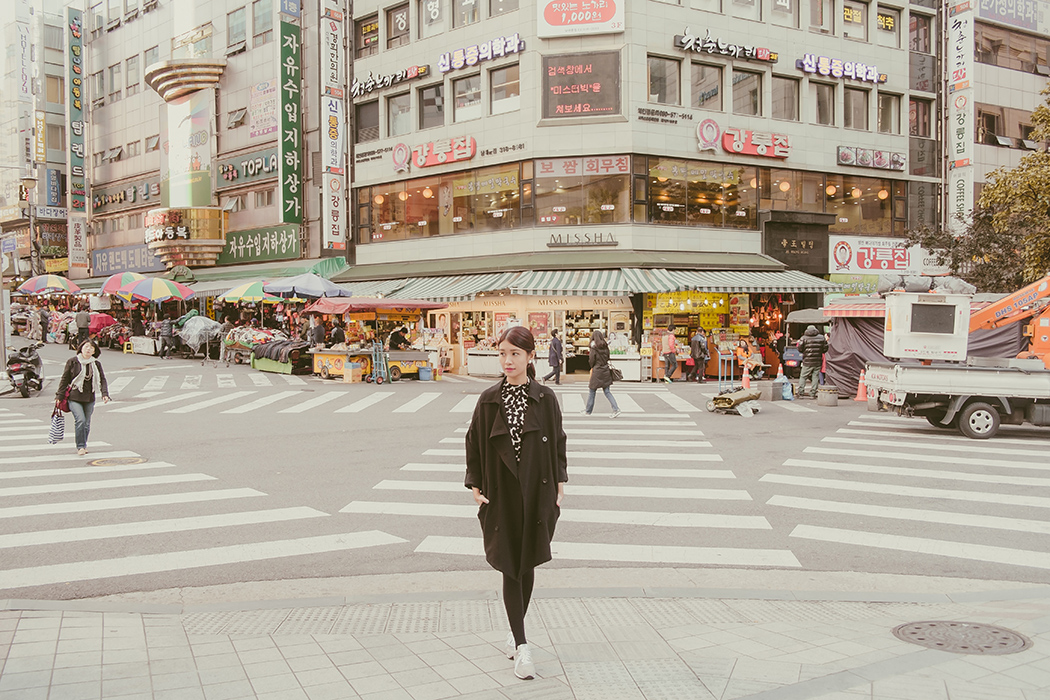 On our last day in Seoul, my mom and I had some free time before going to the airport. We walked from Myeongdong to Namdaemun Market a.k.a. Korea’s largest traditional market. We weren’t in the mood to go shopping anymore… 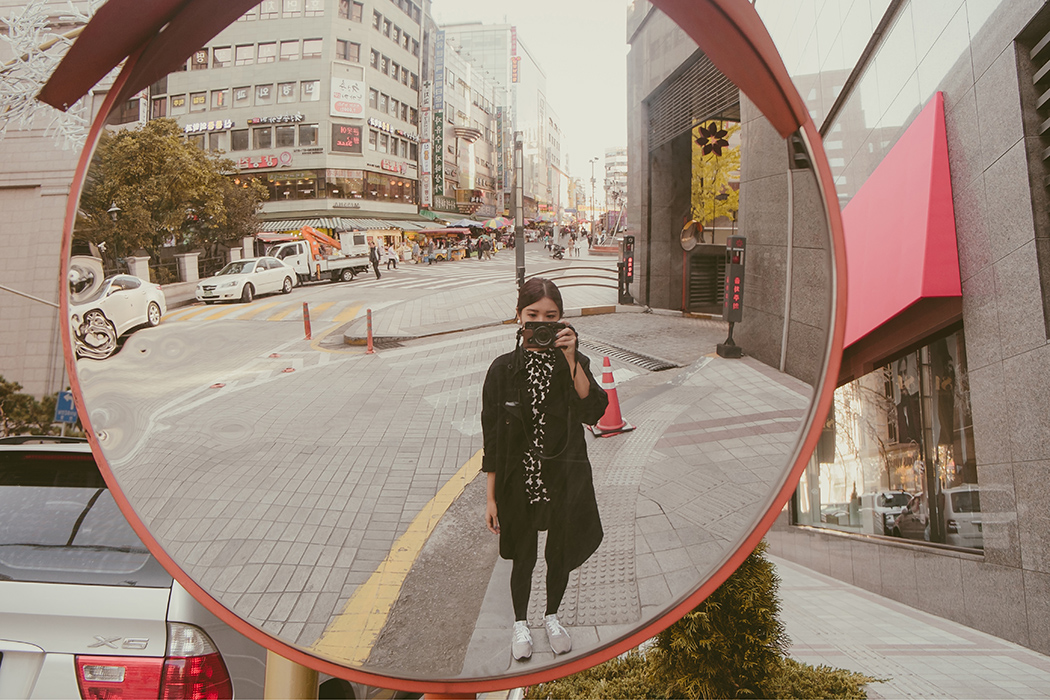 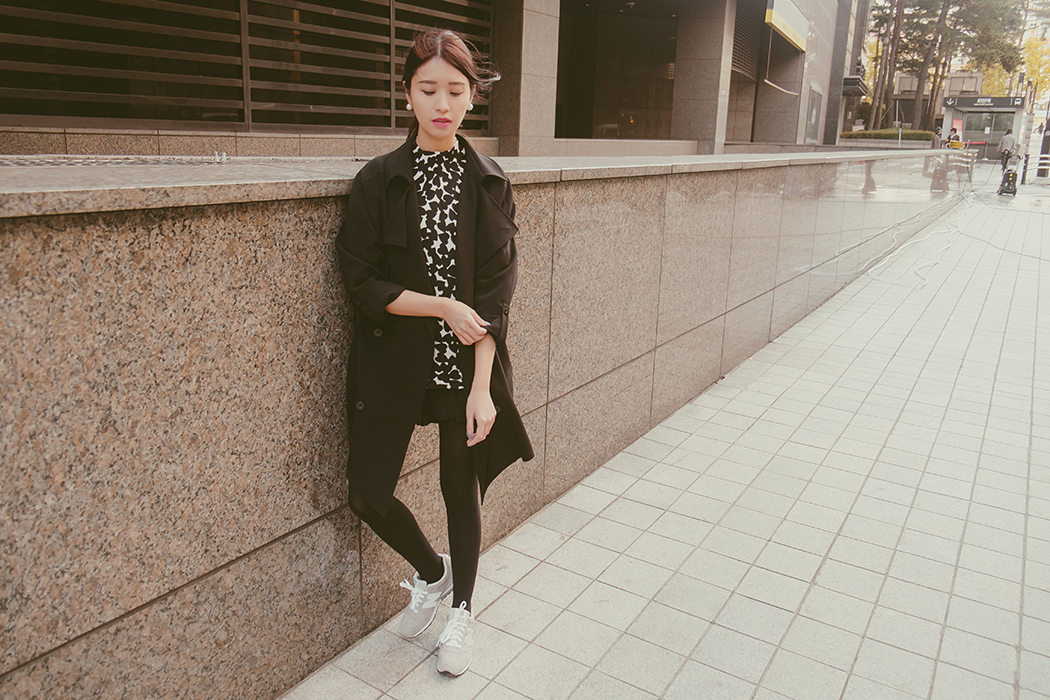 …so we just took super random photos, lol. Like, you can’t even tell that this was taken in Korea, haha 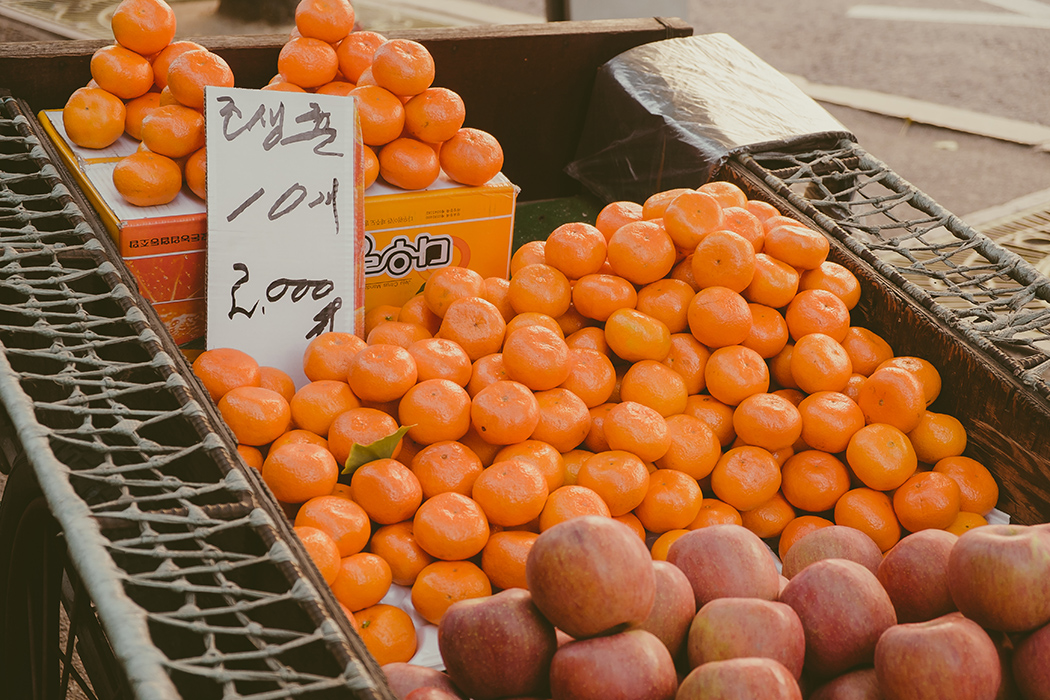 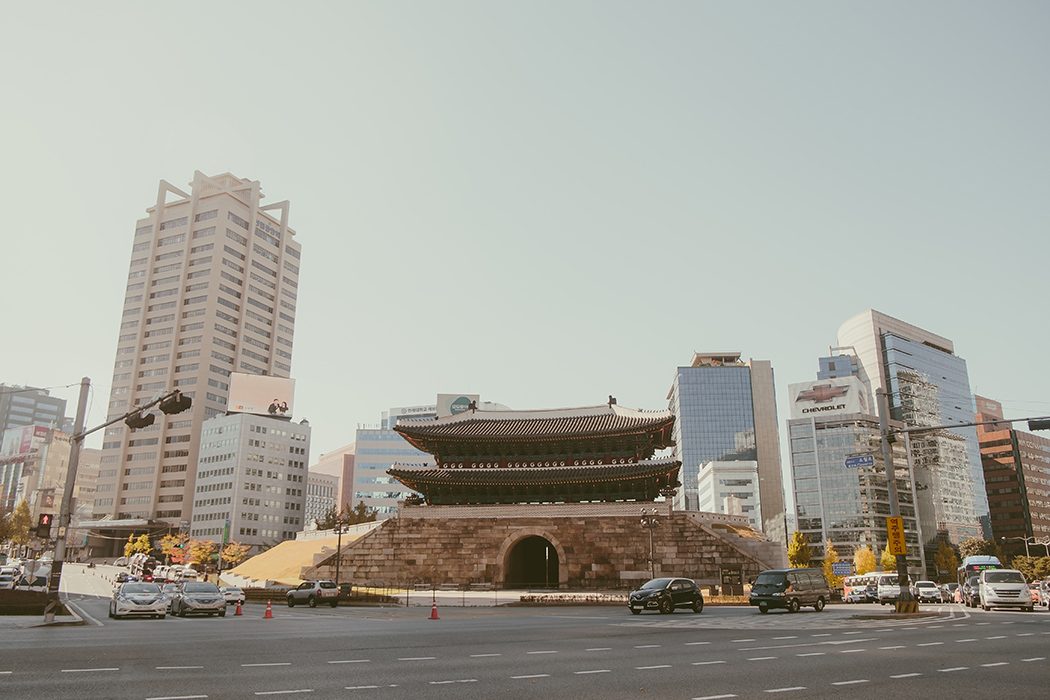 Sungnyemun Gate or Namdaemun Gate from the 14th century! Designated as the first National Treasure of South Korea, it is definitely a must-see for tourists! Almost all Korea tourism videos features this glorious structure. I love how it’s right smack in the middle of the city! 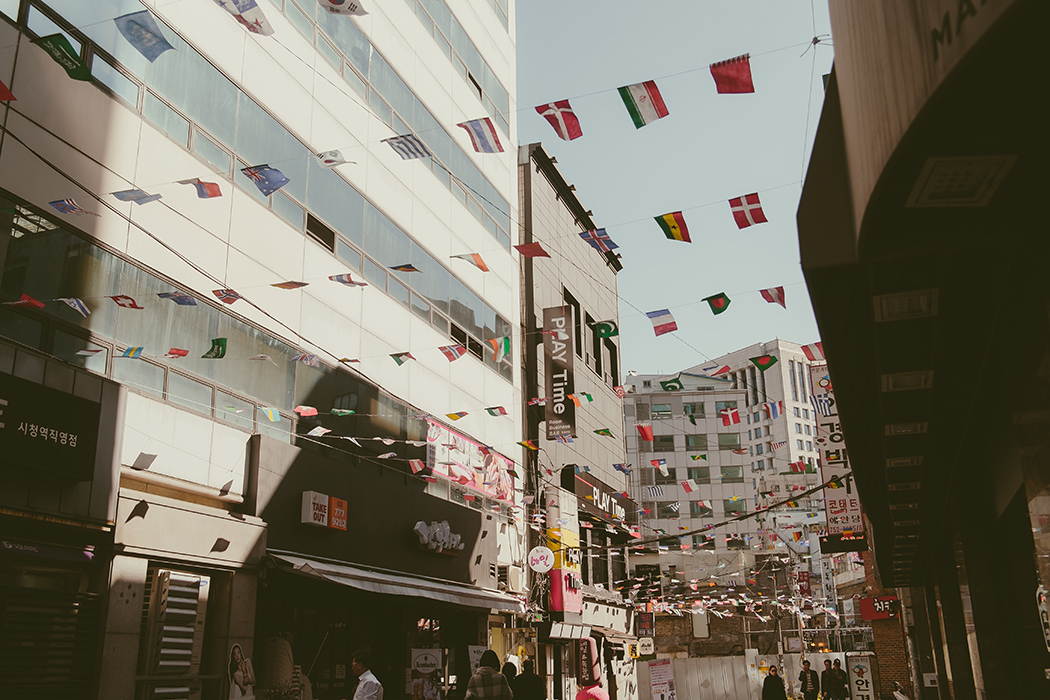 Namdaemun has a lot of these world flags! 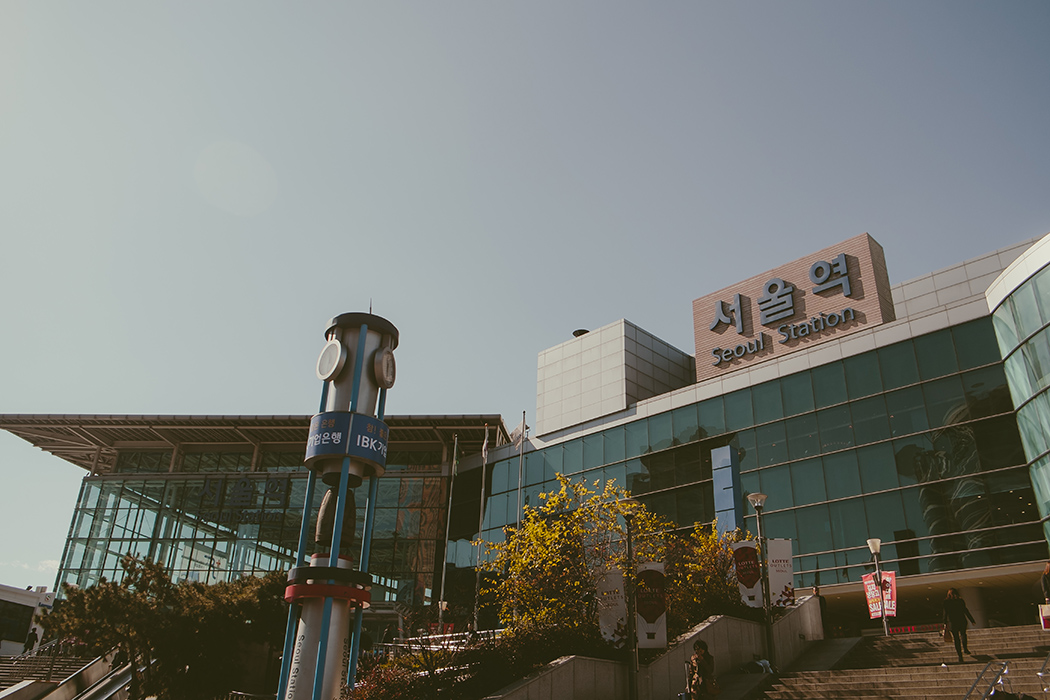 Last stop for the trip was Seoul Station, Seoul’s busiest station. TBH it’s nothing fancy, and there are a lot of homeless people outside, but it’s notable for being *the* gateway to Seoul, since all the major train lines pass through it. 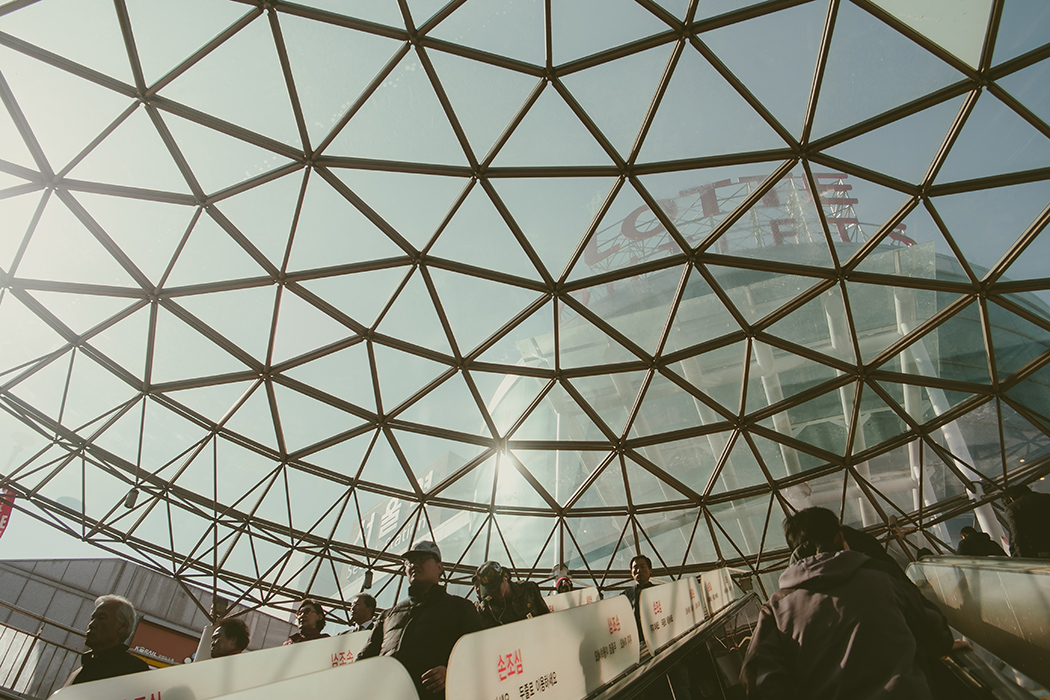 There’s really nothing much to see here except the Galleria Department Store and Lotte Mart Discount Store, which offer tax refunds for tourists. Got the coat that I wore in my two recent Japan trips in the Lotte Outlet. My mom and I also splurged on a lot of SHESMISS items there! It’s the brand that Jun Ji Hyun endorses. <3 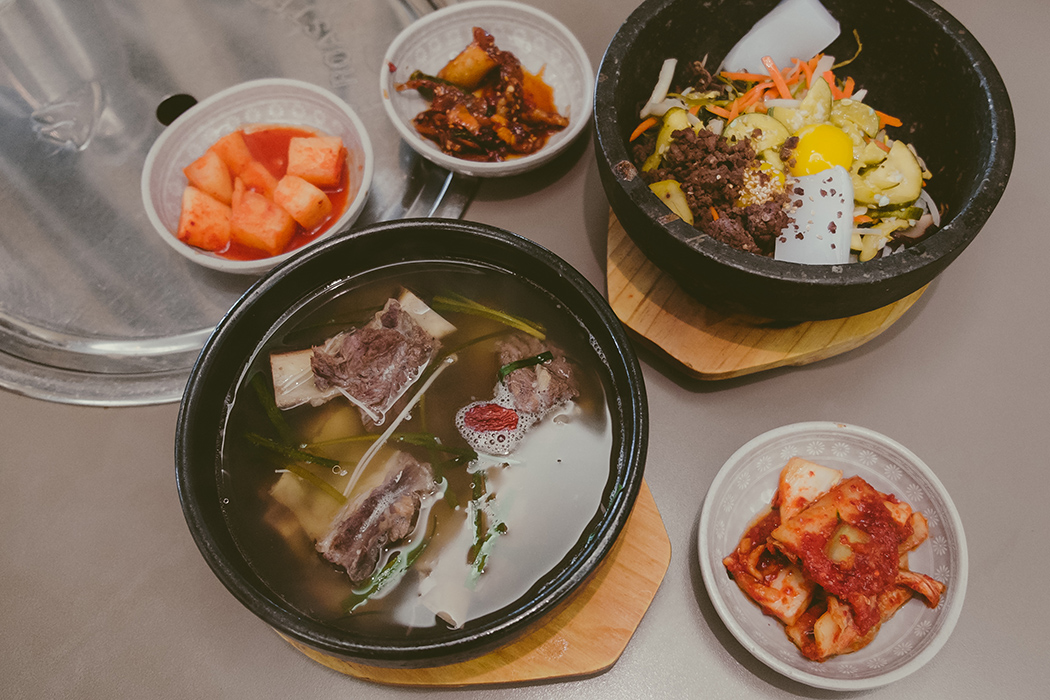 My last meal in Korea! Food in Korea is worth every penny. I always end up so full and satisfied! I continued eating Korean food for about a week or two after I got back in Manila. Told you I have major separation issues.