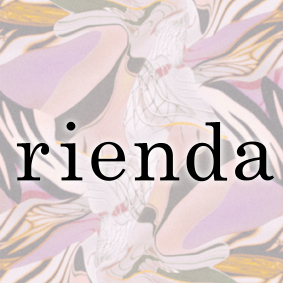 By the time this gets posted, I’m probably packing for my flight to Tokyo! Queueing is awesome.

It’s not even funny anymore, how much I’m obsessing about this brand, rienda. I know I go through phases in fashion, and that this particular obsession was most probably brought about by recent spring/summer collections all being so lust-worthy, but in general, I really love this season’s key items and trends so freaking much. Way to spend the summer – splurge on all the onee-style floral pastel flowy goodness.

I’ve been following the brand for a while, but never really felt as strongly about it as I do now. As much as I love all the older campaigns with Lena Fuji, I think I was at a time in my life where I simply didn’t consider a more mature approach to my usual fashion. This was only natural, as I was younger then and could still get away with wearing very cutesy stuff.

But now, I find myself at a very in-between stage. Chalk it up on quarter life crisis. I’m turning 25 this year, and I am well aware that I’m not exactly on the same teenager level/segment that I once used to belonged to. The things that I used to like? I sort of outgrew them already, even if they do still attract my eyes (and wallet) every now and then.

Case in point, Liz Lisa. I had a major Liz Lisa phase about 2-3 years ago, but now I totes can’t see myself wearing that uber cutesy style anymore, even though I am still a huge fan of florals and pastels. The cuts and styles of the clothes feel a little bit too young for me now. :s

The latest rienda S/S ‘13 campaign came out right while I was on the prowl for inspiration, particularly for a more classy and sophisticated style that would somewhat overlap with the dolly Liz Lisa aesthetic I once had. So timely.

My heart stopped. This was exactly what I was looking for! Shortly after, the brand, all the rienda girls, and especially rienda producer Murami (who is already 31 btw omg) started becoming more active on Instagram. It made it even harder for me to completely ignore them as they post frequently.

Last April, I finally got myself a nice floral top from a rienda store in Kyoto. Wore it twice since then, and have gotten really nice compliments for it! Someone even asked me to buy the exact same thing for her if I had the chance. Totally heading to a rienda store in Tokyo~ Saved up for some pieces already!

When I got back to Manila, I tried to resurrect all the existing items in my closet that would fit the rienda look! I know, lol, I’m starting to sound cray

The most recent campaign features Saeko in these sexy but simple and classy outfits that I would totally wear in a heartbeat. The outfit on the right looks so clean. Just the way I like it! Girly but still elegant! 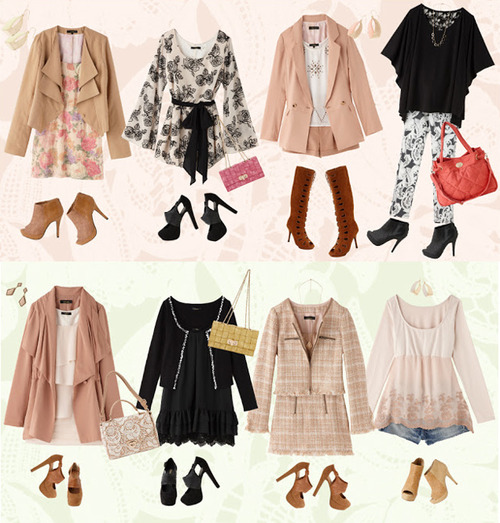 Some of their early 2013 spring coordinates. You can most definitely find similar items in Western high street fashion, but I think it’s how it’s all styled together that makes it very Japanese / very rienda. 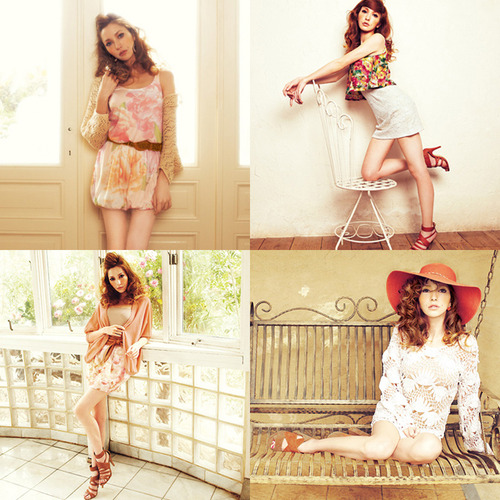 Last year’s campaign with Lena Fuji. So much orange! Not the most flattering color on me, but the pastel pink and bright orange mix was quite unique and refreshing. That floppy hat is way too adorable.

It’s already a given that Lena Fuji sells the clothes that she wears like a boss. She make everything look so good without even trying, huu~ 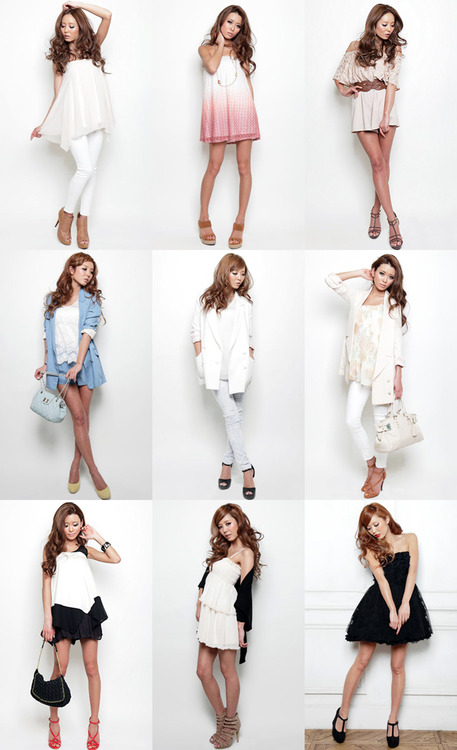 A collage of Murami and Mika, my two rienda loves at the moment. Because of them, I’m thinking if I should grow my bangs out or not. Or maybe even get a slight sexy tan!

They both wear a lot of easy-on-the-eyes neutrals. Sometimes they throw in black here and there, but they make it so feminine and distinctly them. The cocktail dress on the lower right – I covet! *tears* I can go on and on about this as I’m on a clear rienda high!

I’ll make more of these inspiration posts in the future. Obviously, I’m the type of person who never gets overprotective of the things I like. I am actually happier if more and more people get into the same things that I like/do! A bigger community to share it and talk about it with. Next Japanese fashion inspo post would probably be SLY or dazzlin, so watch out for that. I won’t be limiting these kinds of posts to Japanese brands though, as I also feel strongly about a lot of other brands from different countries. Share the love! <3

Follow the rienda webstore here and their Twitter here. You can also follow their IG @rienda_official religiously like me. The rienda girls all have their own personal IG accounts as well, and I’m sure you can find their handles on the brand’s IG.