Semi-spamming because I’ve been out of the country for so long and I’ve got loads of things to share before I leave again next week. Got to be an extra in yet another music video, making this my fifth MV appearance (yay). Thanks to Vieo for inviting me to be part of this! 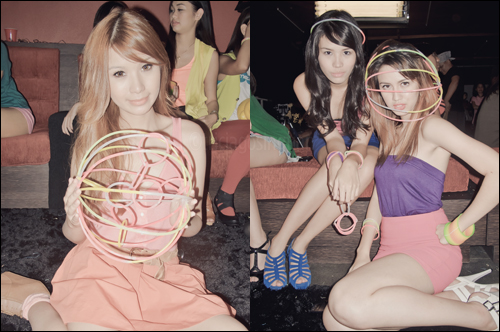 Me, Cher and Julz playing with glowsticks – so nostalgic! 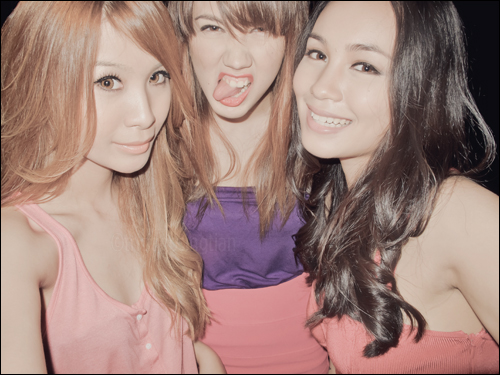 With Julz who I feel like I’ve met before (we hit it off instantly because of some sort of mutual admiration, similar interests and shared experiences, among other things) and the ever-so-pretty Sam who I’ve been able to work with twice in the past already. Ateneo love! 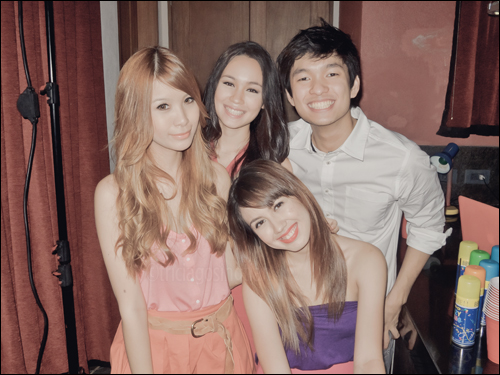 We called ourselves The Punch Girls, being assigned to the punch-err-juice area for the video. Spent most of our time drinking Tang, munching on junk food, laughing our brains off saying “watermelon” and “pineapple” and making it look like we were legitimately having a real conversation on camera.

(Blondest time in my life, I think.) 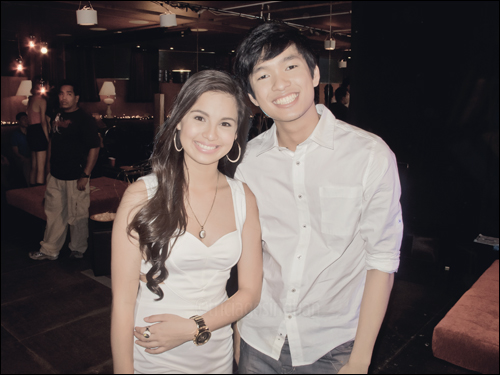 Jasmine Curtis-Smith a.k.a. the cutest girl alive, with Rez Toledo himself.

Don’t forget to vote for the video: MYX (space) Vote (space) Hey Daydreamer and send  to 2366!