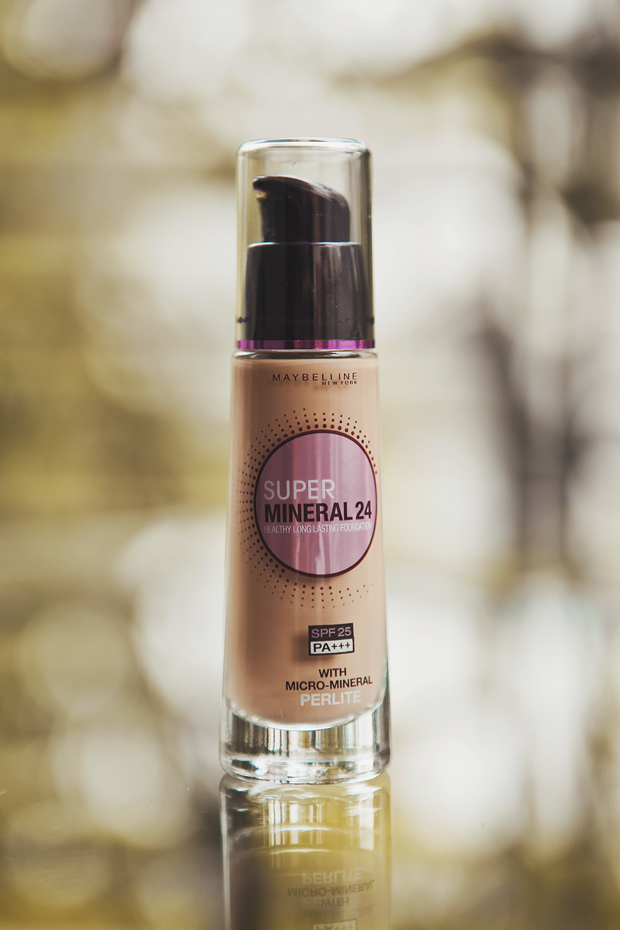 IN LOVE. Been using this constantly for the past 3 weeks. Maybelline Japan released this Super Mineral 24 Healthy Long Lasting Foundation with Perlite (Phew, that was a mouthful!) last March, and I was fortunate enough to be in Japan a month after it was launched. I saw it being promoted in nearly all beauty stores I went to, and Mai Miyagi has a wonderful spread in ViVi magazine June 2013 issue promoting the product. 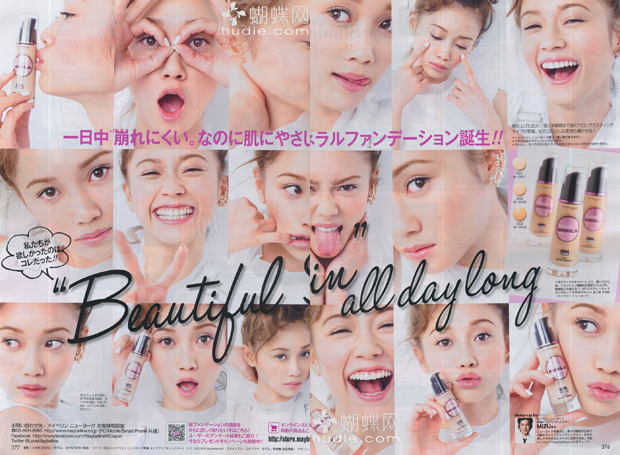 Saw a ton of girls (with the most fabulous skin and makeup) grab a bottle or two, so I was convinced this was going to be good. And it did not disappoint. I hate touching up my make-up, especially my foundation, so this was just what I was looking for. Something that lasts the whole day! It sells for ¥1995 for 25ml, which is quite expensive for something so small.

Just now, I did some more research about the product, and in the process found out about how they tested its effectiveness in front of the public. They put the foundation on some fabric, stretched it, and displayed how the foundation kept its form despite the strong pressure put into the stretching the cloth. I guess the message behind it was that the foundation will always stay good as new, even if you move your face muscles by smiling, talking, raising your eyebrows, smiling, etc. True enough, it really does the job even if it feels super light and velvet-y. Kind of like primer!

I think the only downside to it is that it’s only available in 3 shades – OC1, OC2 and OC3. I’m an OC3, while OC1 and OC2 would probably be around Crissey’s skintone.

Anyhow, I fell too much in love that I got an extra bottle for myself. <3 Thinking if I should get some more just in case I run out in the future!