One of the best things about staying in Kyoto is having Osaka as your port of entry. Even if you only plan to stay in Kyoto, you can’t not visit Osaka since you’ll have to enter and exit from Kansai International Airport. This is never a bad thing, because there are always so many awesome places to do in Osaka… like shopping and eating!

This time, however, I skipped most of my supposed free time for some additional sightseeing. I was just in Osaka in September (with Crissey), and I knew I was going to Nagoya in December, so I figured I should make the most out of my EnjoyJapanPH trip by visiting new places. 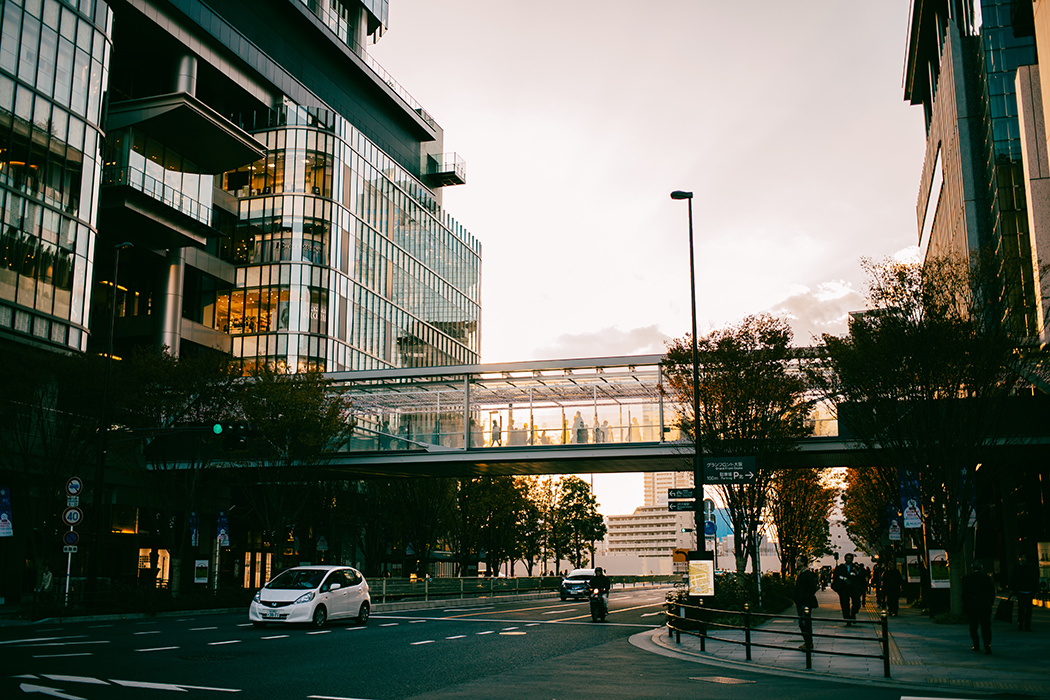 As soon as I checked in at my hotel, I rushed to Umeda Sky Building to catch the sunset. 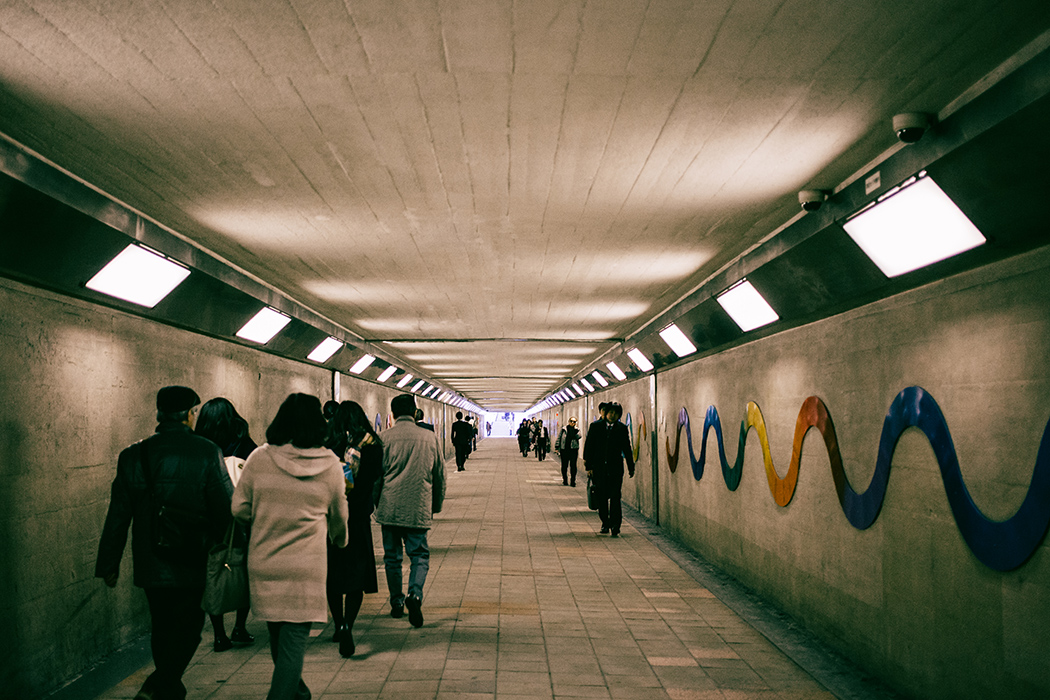 You can walk to Umeda Sky Building from Osaka Station. So convenient! I planned on going here with Crissey last October, but since our trip was cut short by a typhoon, we had to prioritize Universal Studios (who wouldn’t?). 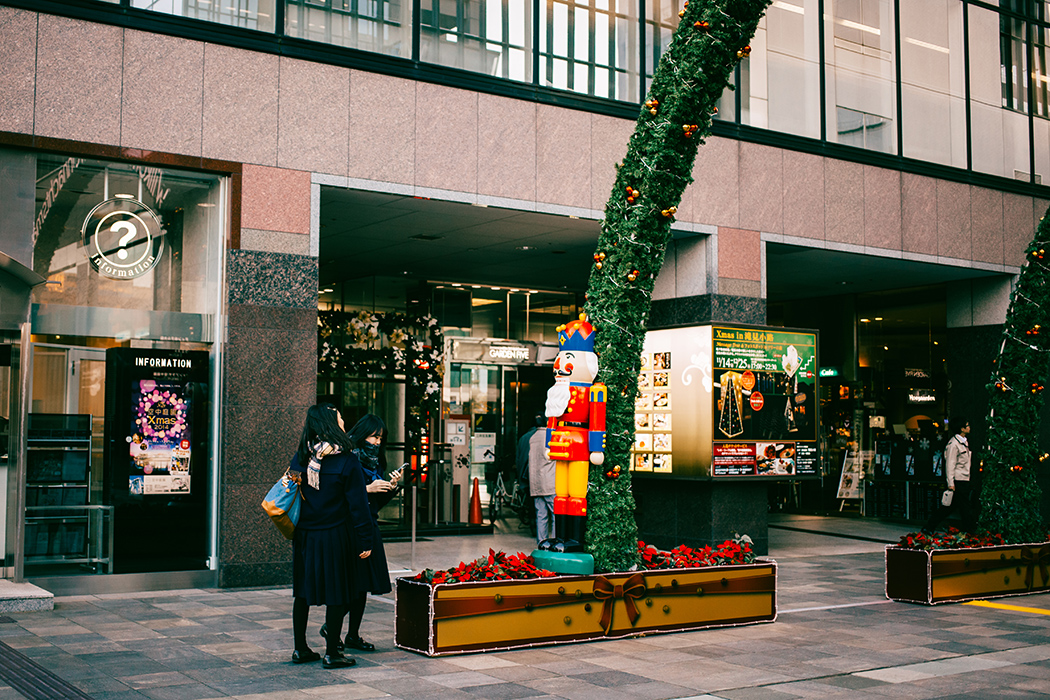 When I got there, I was greeted by some sort of German Christmas festival! Lucky! 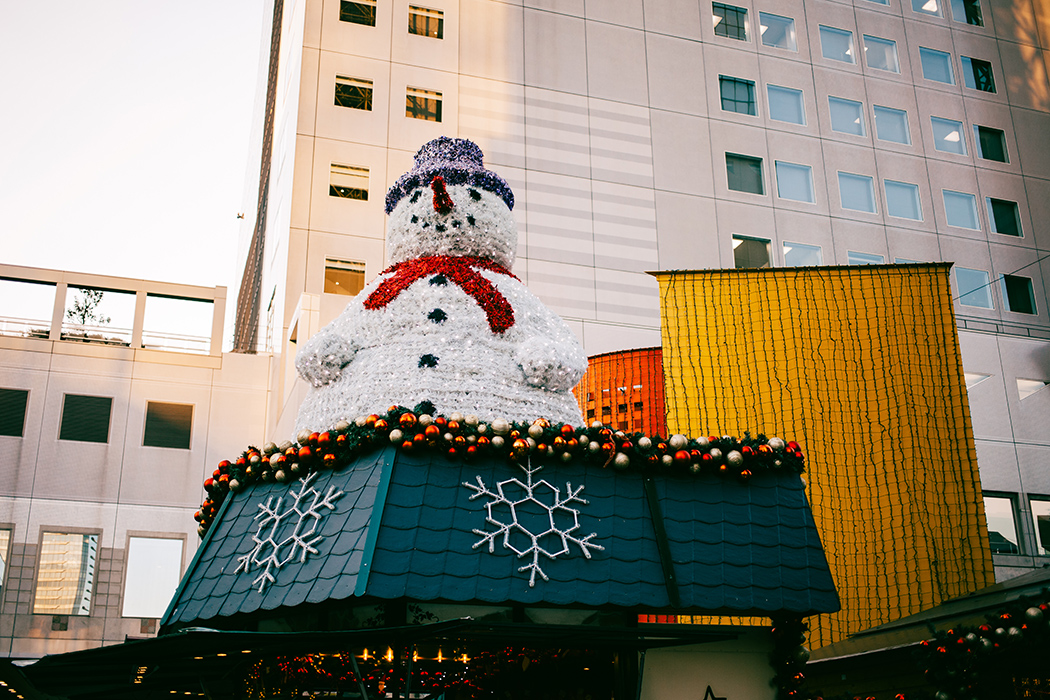 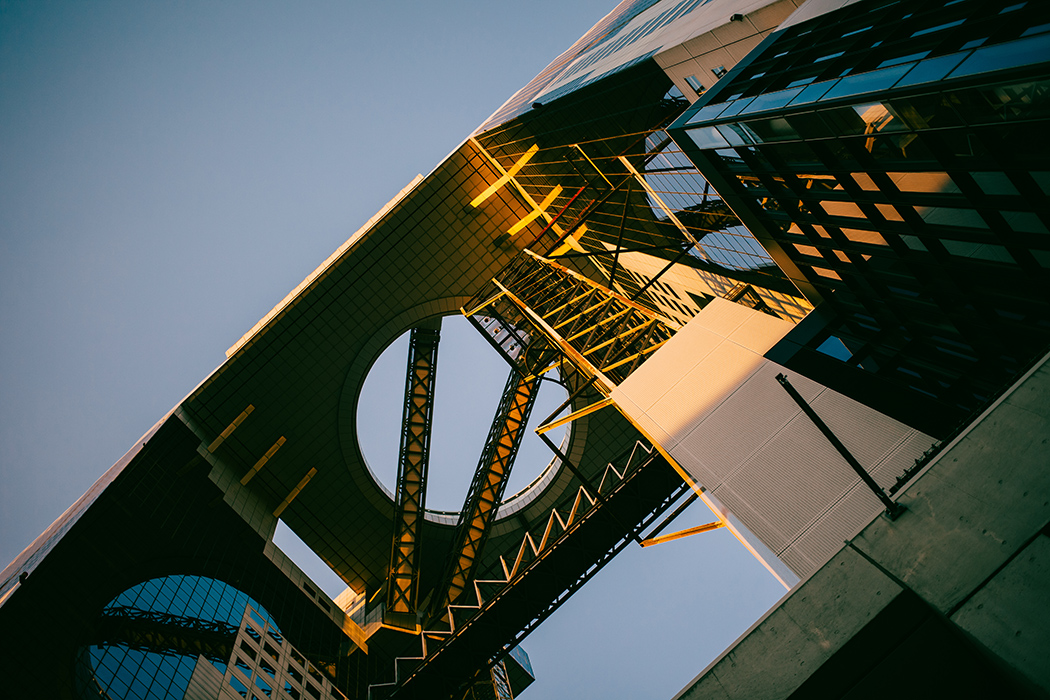 Destination found. On top of Umeda Sky Building is the Floating Garden Observatory. The whole building is a popular landmark. It’s not the tallest building in Osaka, but it has one of the more iconic designs in the city. 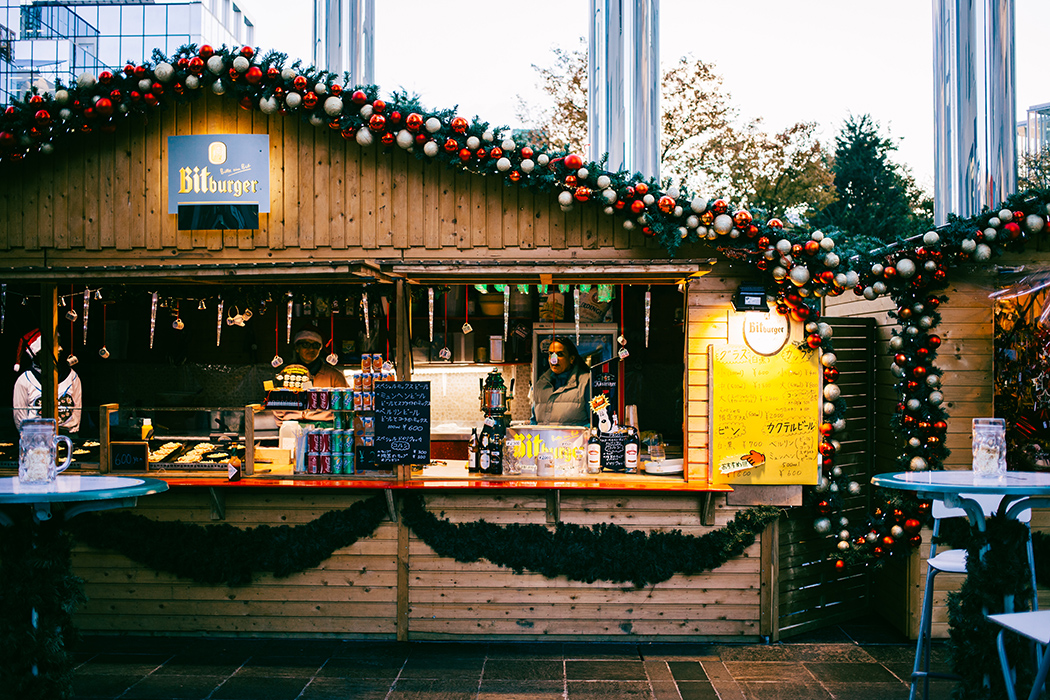 But first, I couldn’t help but breeze through all the quirky shops and take photos. 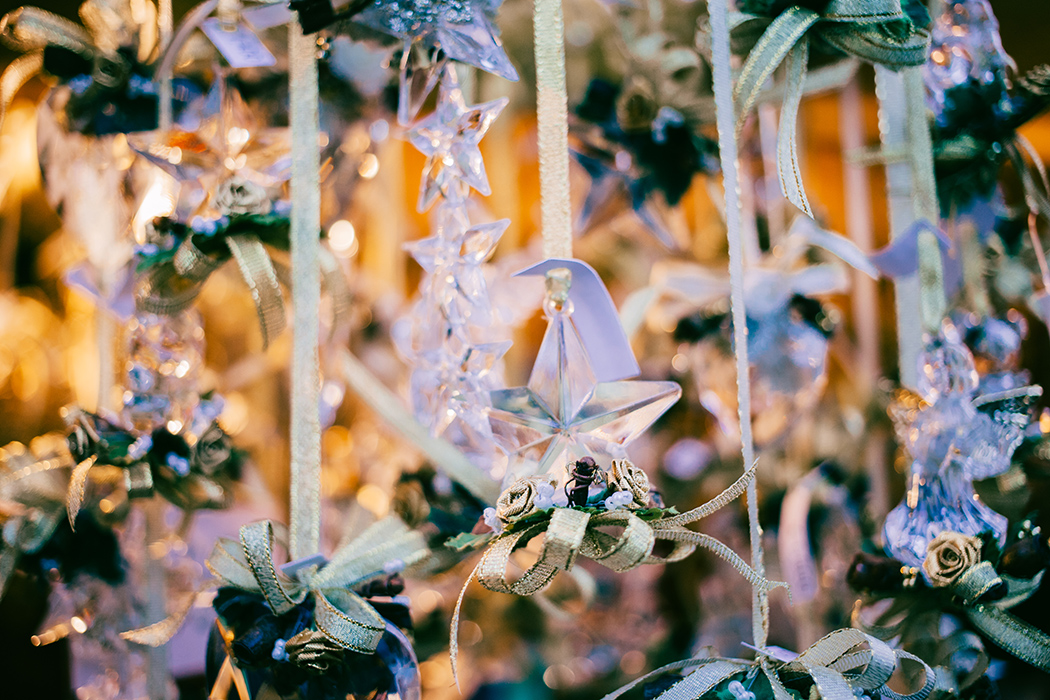 Truly the most wonderful time of the year. I wish I had someone with me during this time! 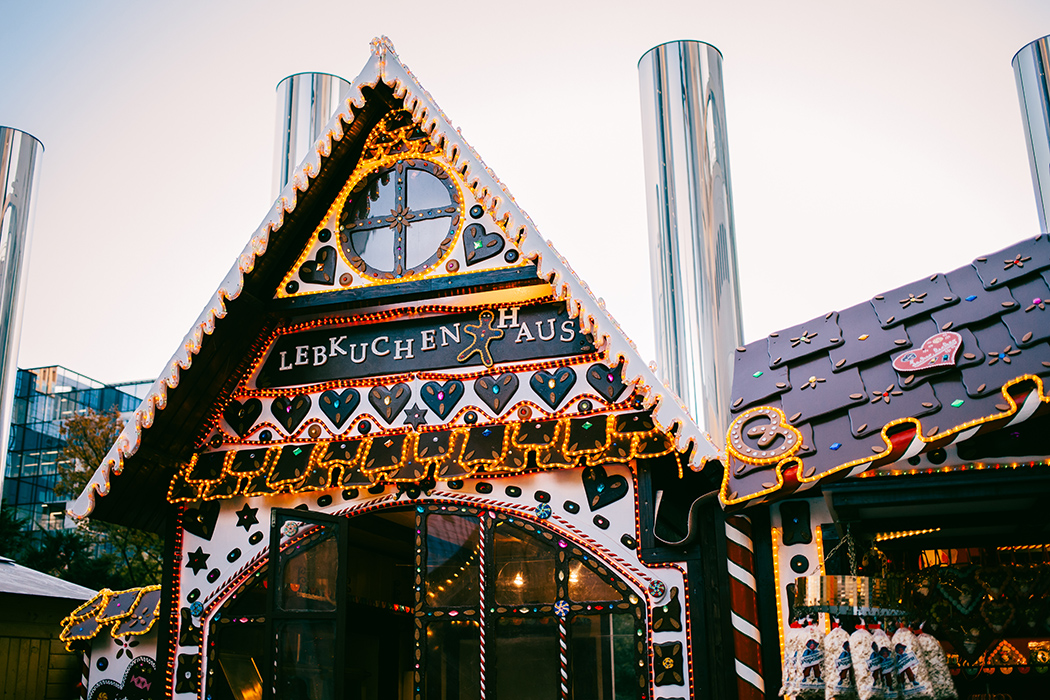 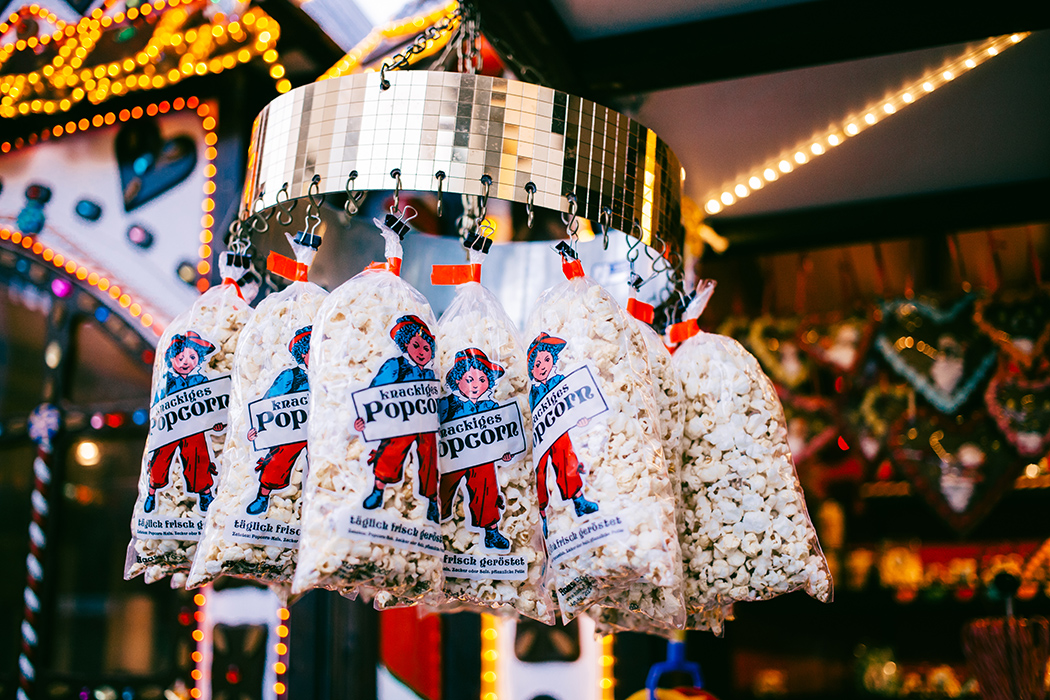 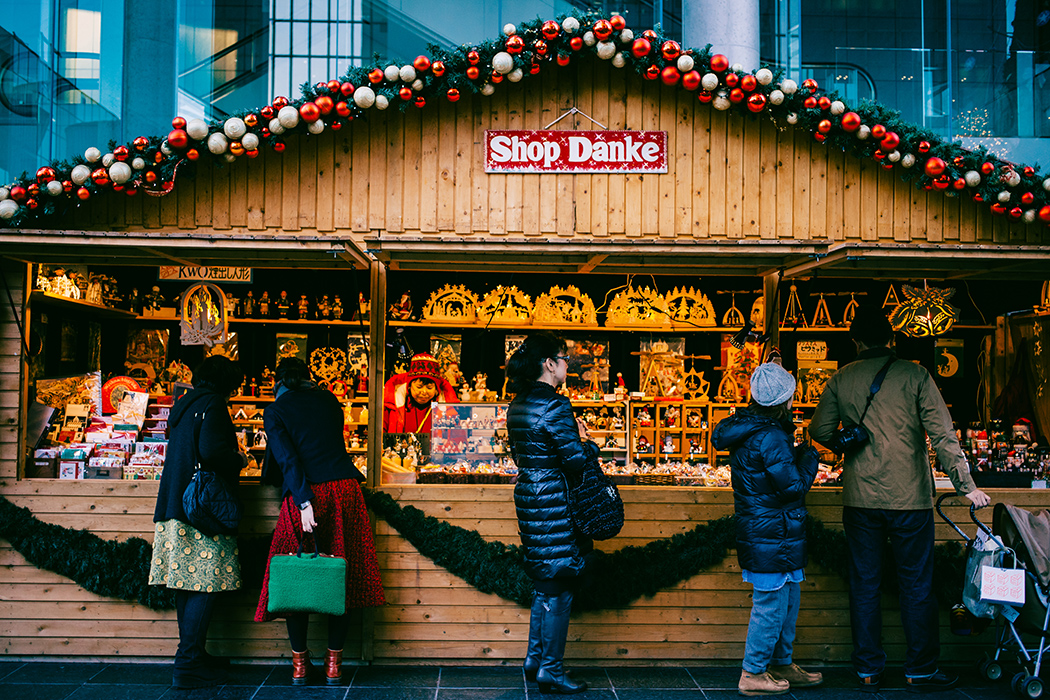 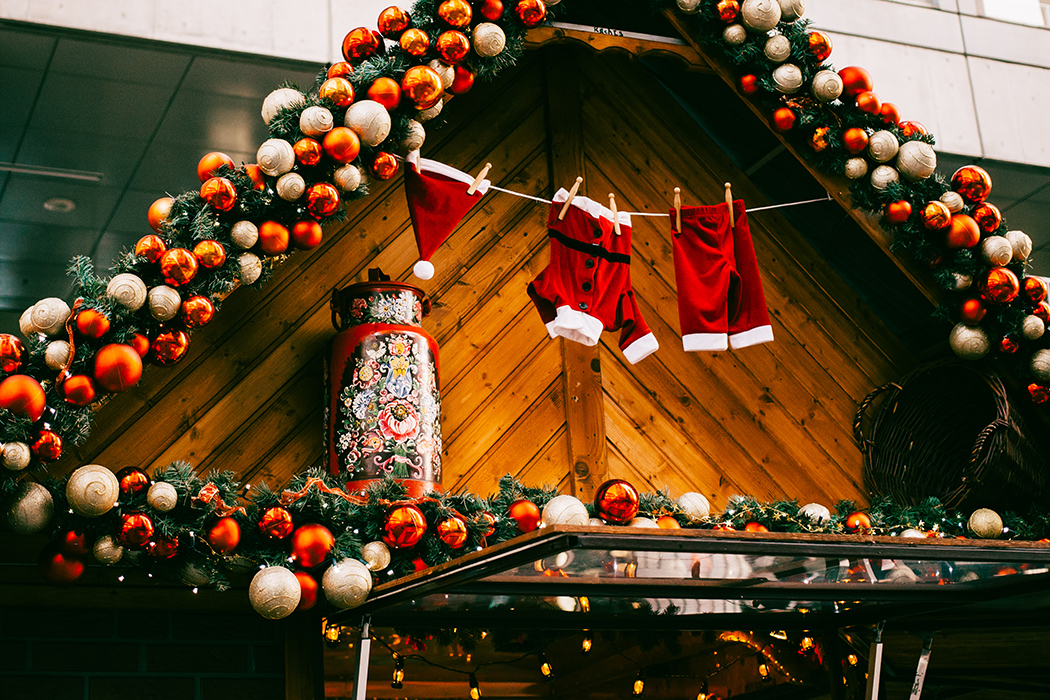 The tiniest Santa costume ever! 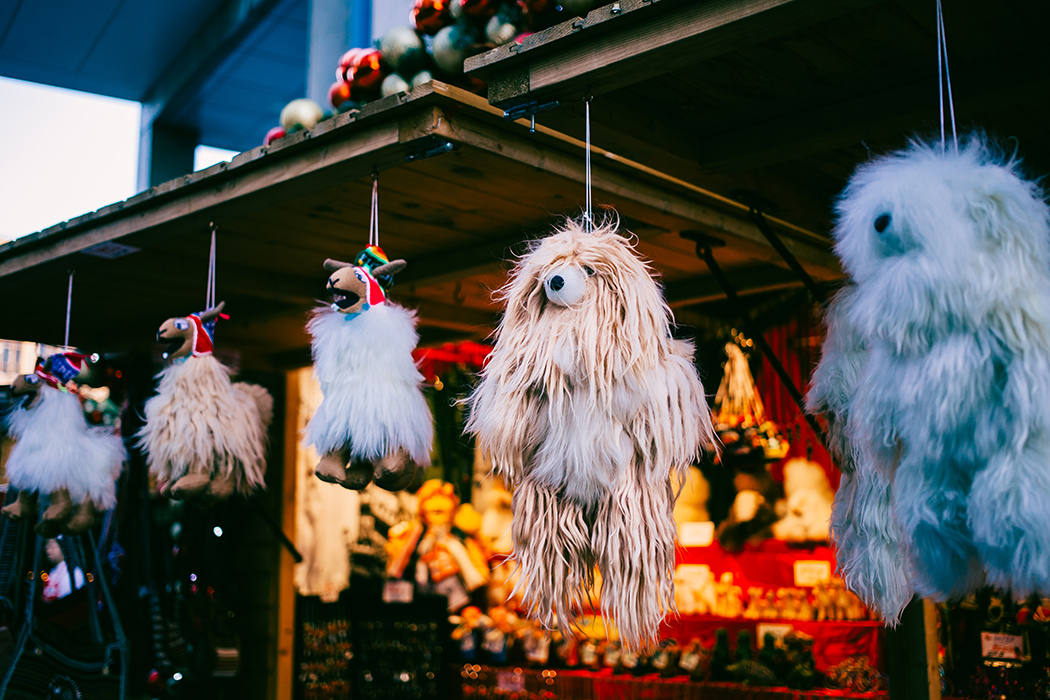 I don’t know what it is, but it is sooo fluffy. 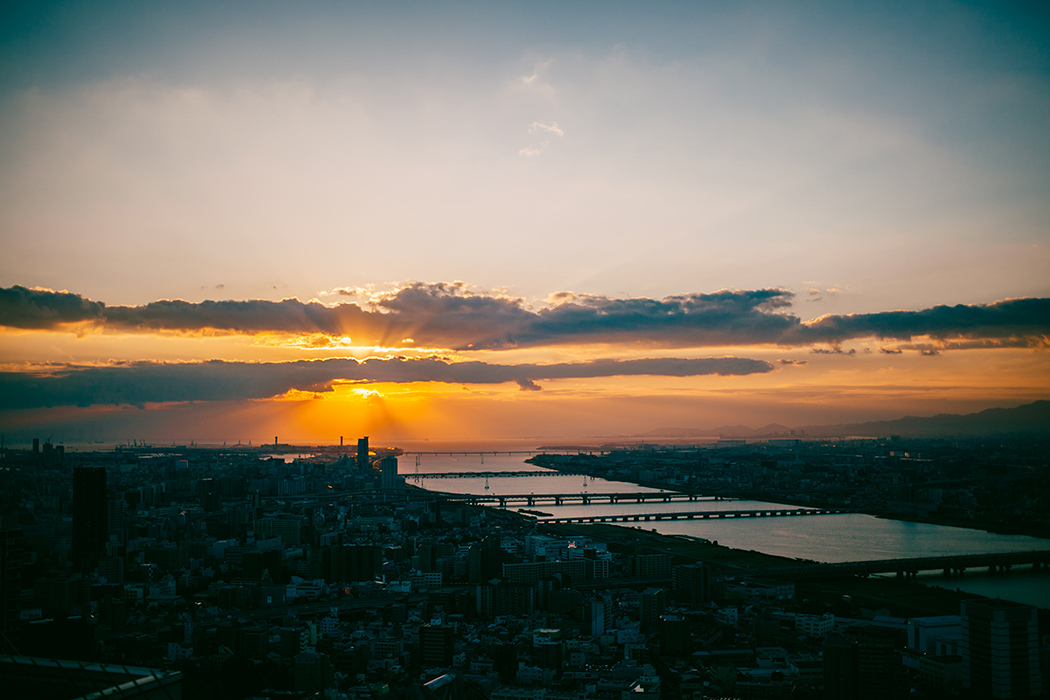 Arrived just in time! There were about 15-20 other photographers who were snapping away with me. 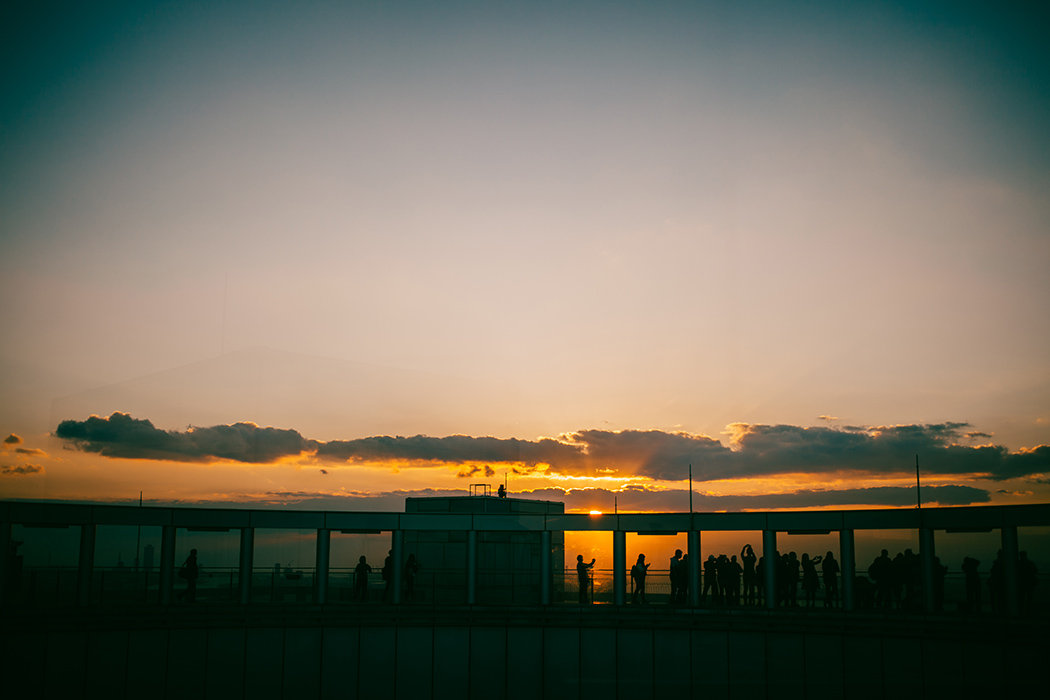 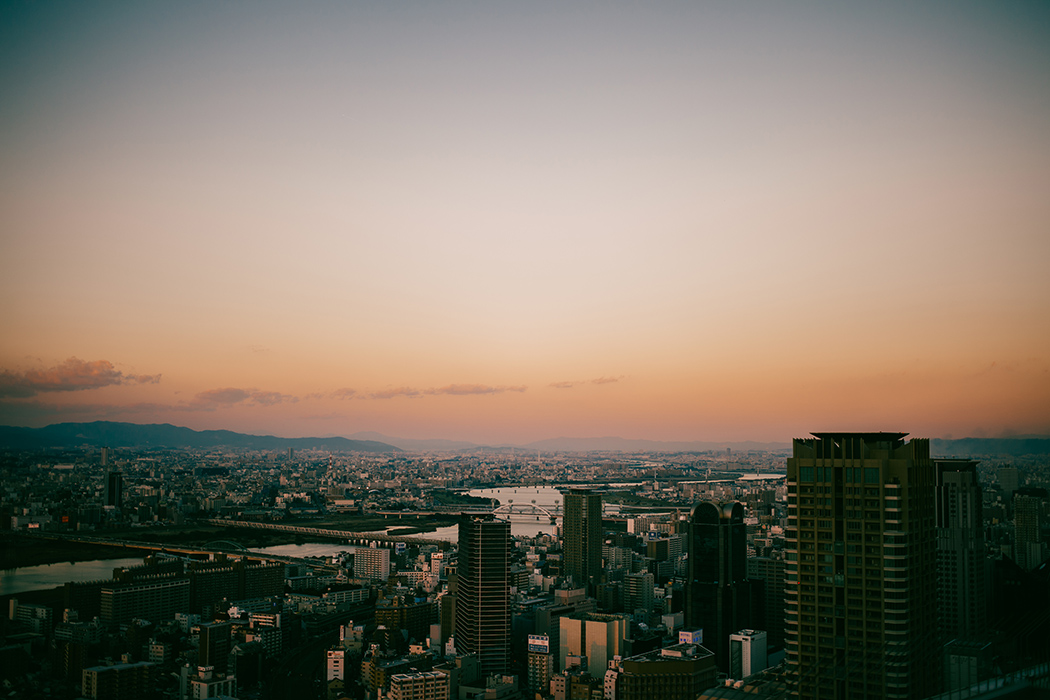 The Floating Garden Observatory is open until 10 in the evening, but I recommend going around sunset. 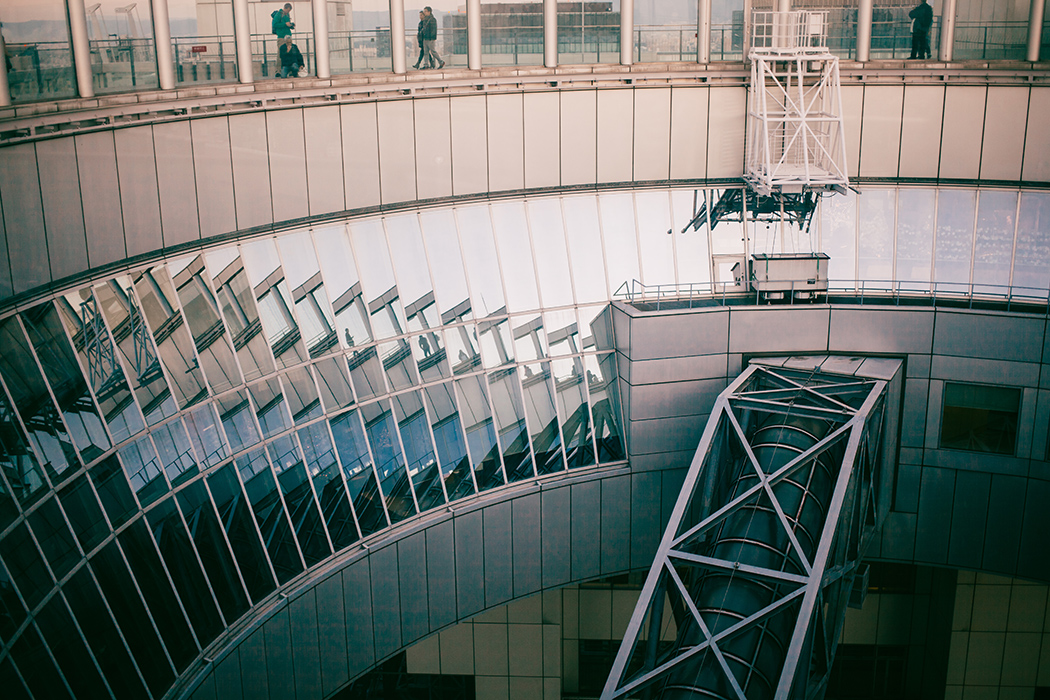 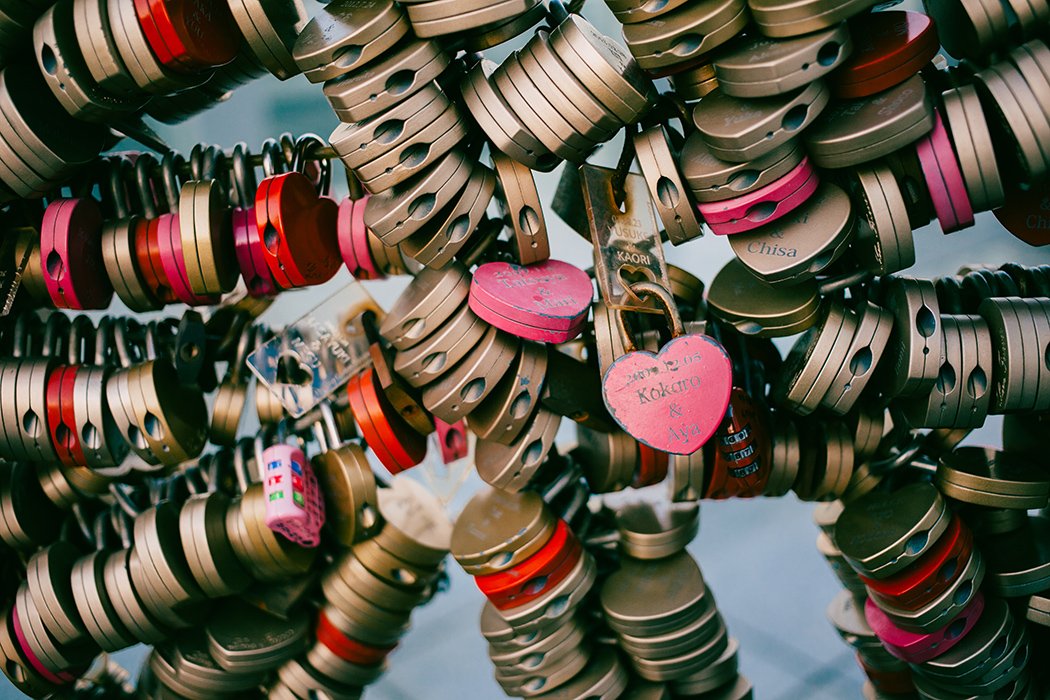 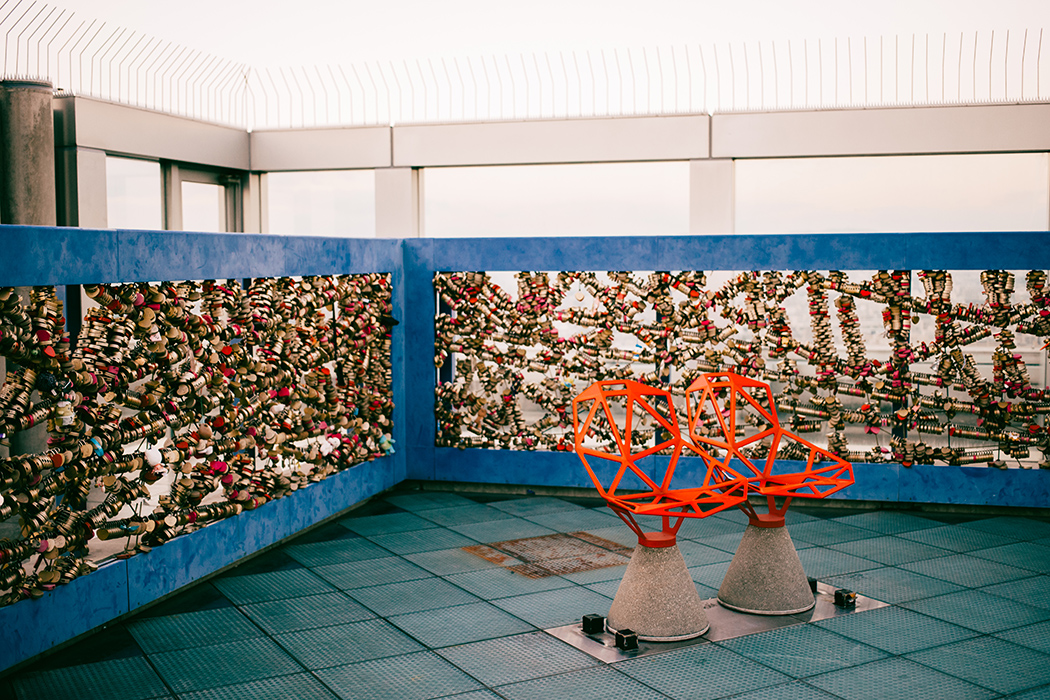 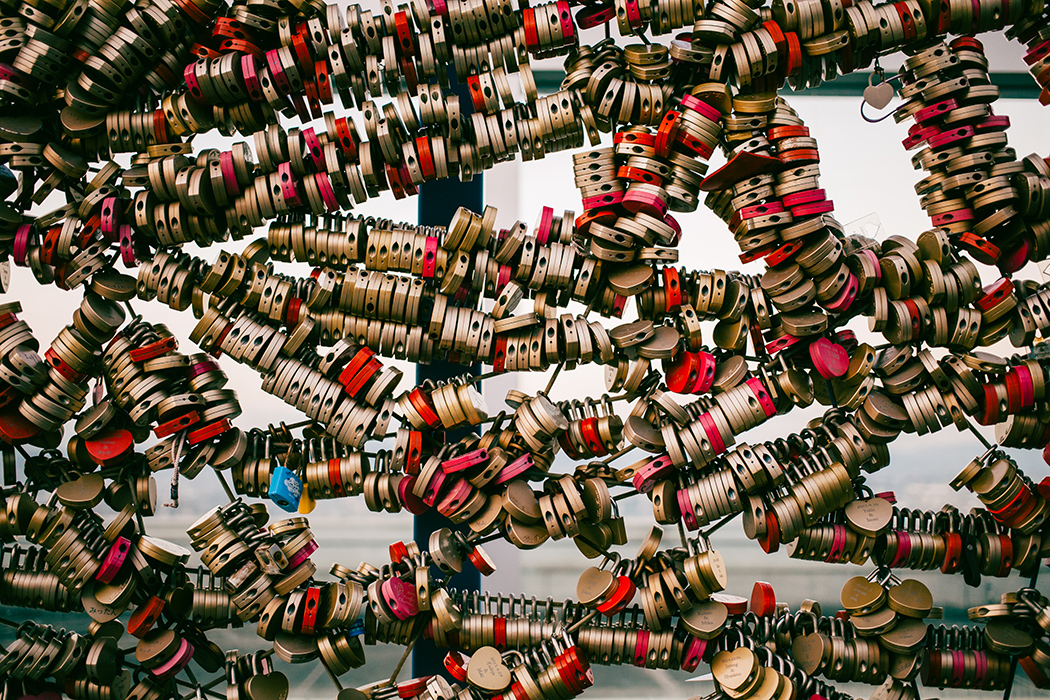 It’s so pretty! Most of the locks have a uniform design even if they are different colors, so it’s a lot more neat-looking than the ones in Europe and Korea. 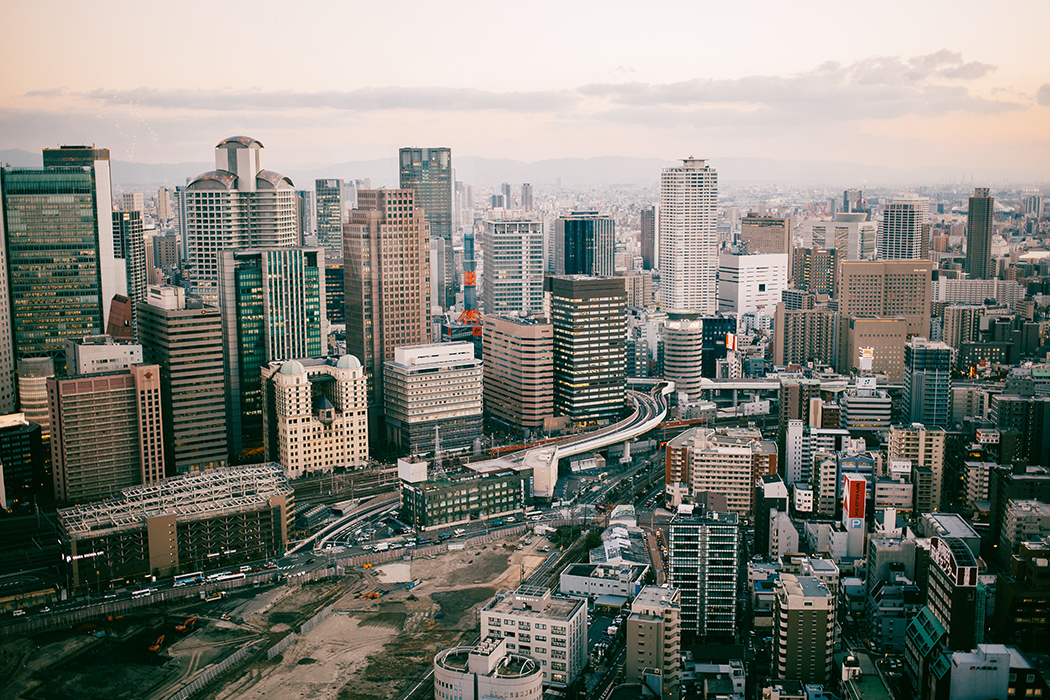 Osaka just before the sun disappeared. 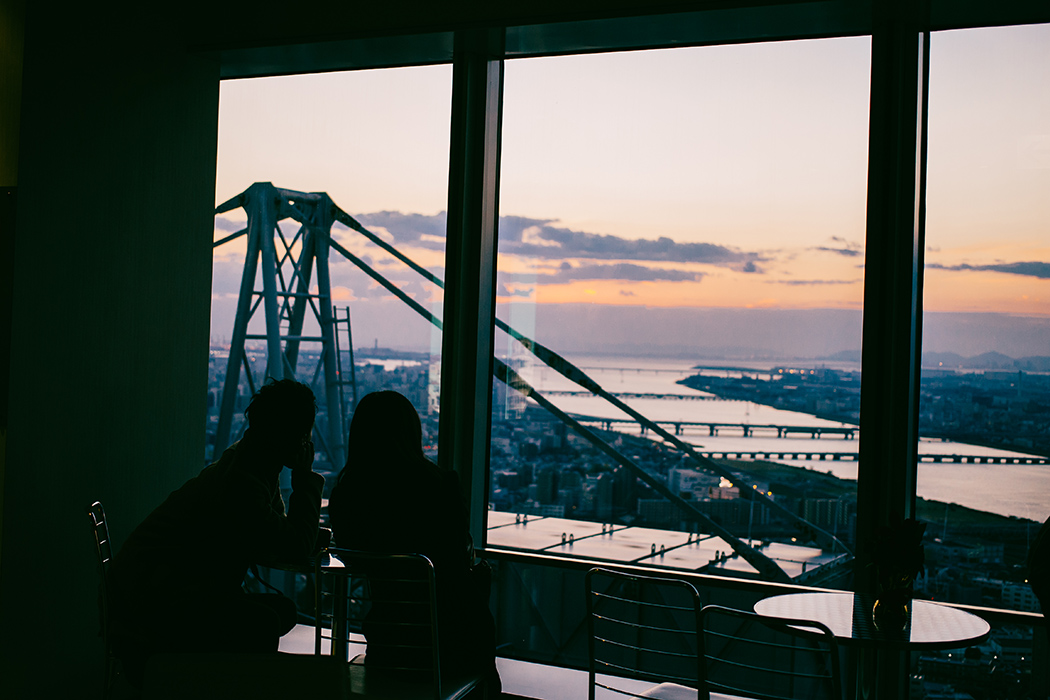 There’s a cafe under the observatory that’s reserved for couples! On one side of the cafe is a prediction of the time of the sunset. 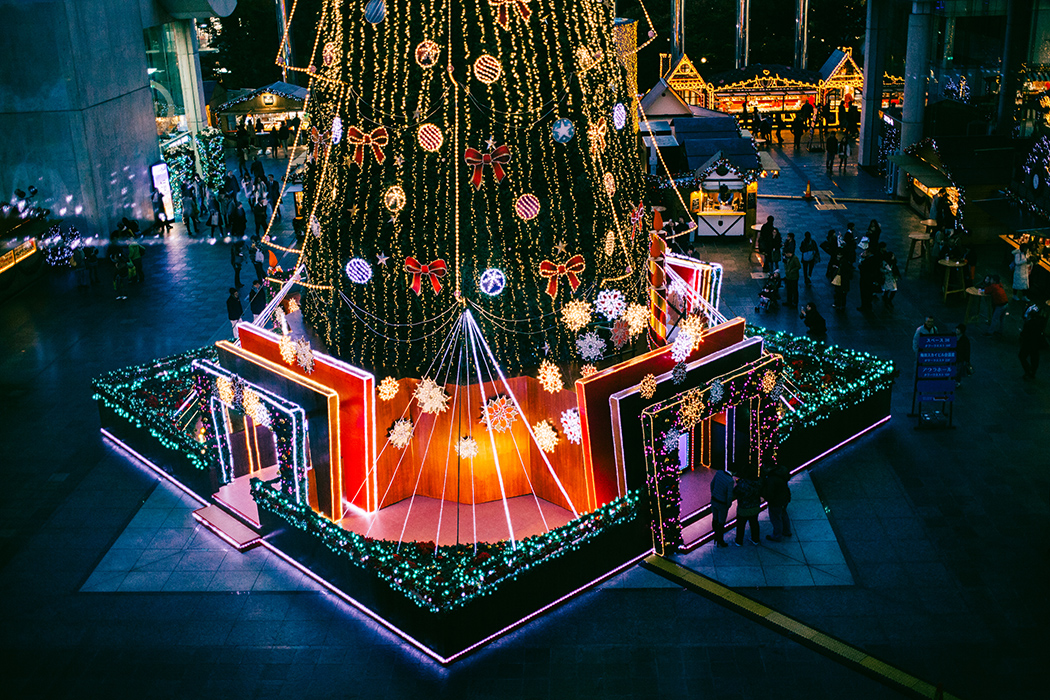 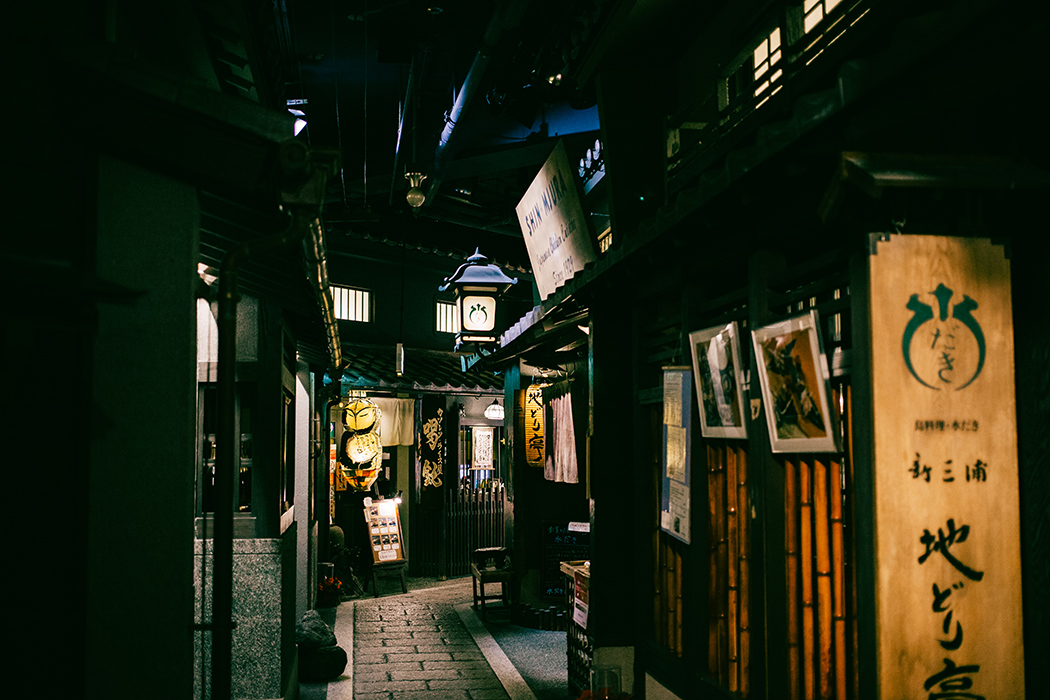 I figured I should also check out the basement for food! Apparently, the basement is also one of the attractions of the Umeda Sky Building. The “Takimi Lane of Restaurants” or Takimi-koji is a street of restaurants that reproduces the downtown romance of the early Showa era. The Showa era is the period of Japanese history corresponding to the reign of Emperor Hirohito, from late 1926 to early 1989. The generation of our grandparents and parents! 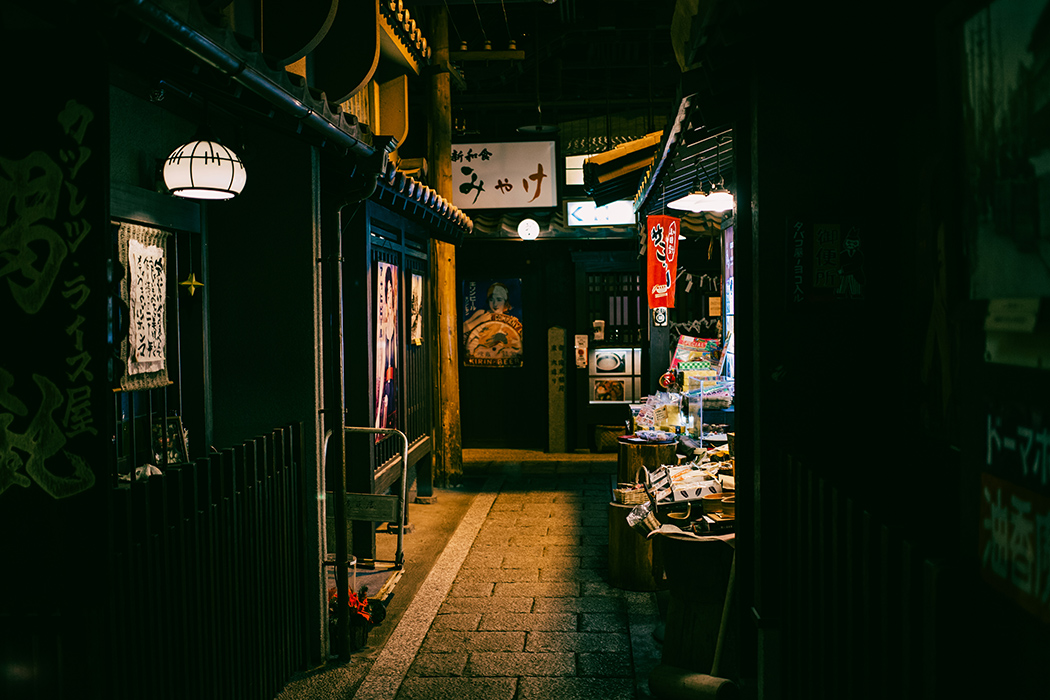 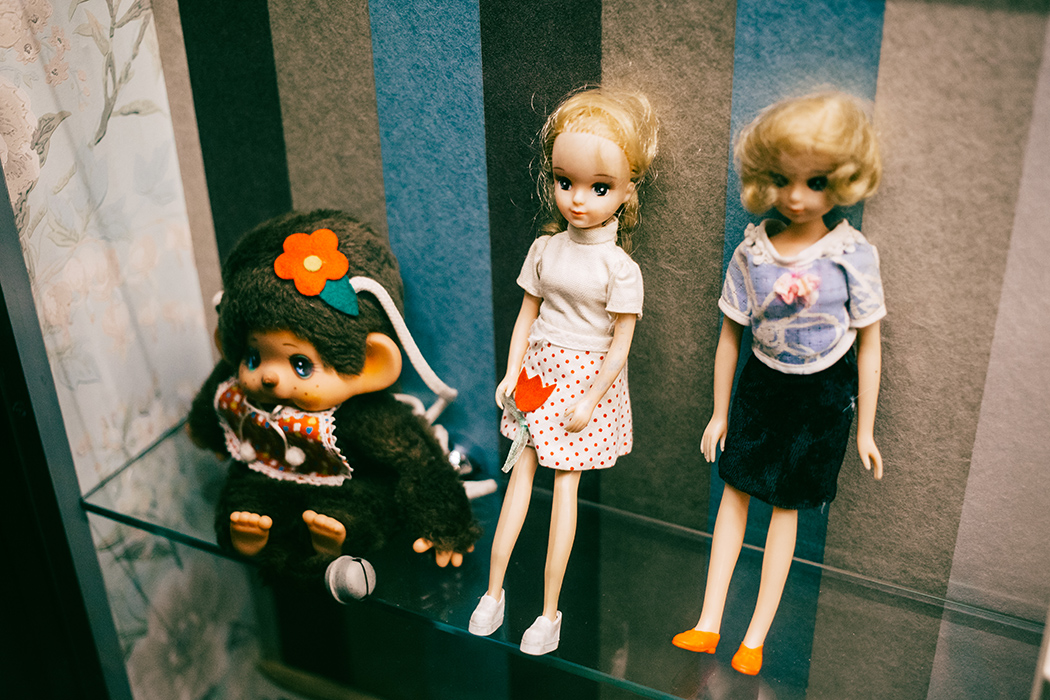 Vintage items from the Showa era. 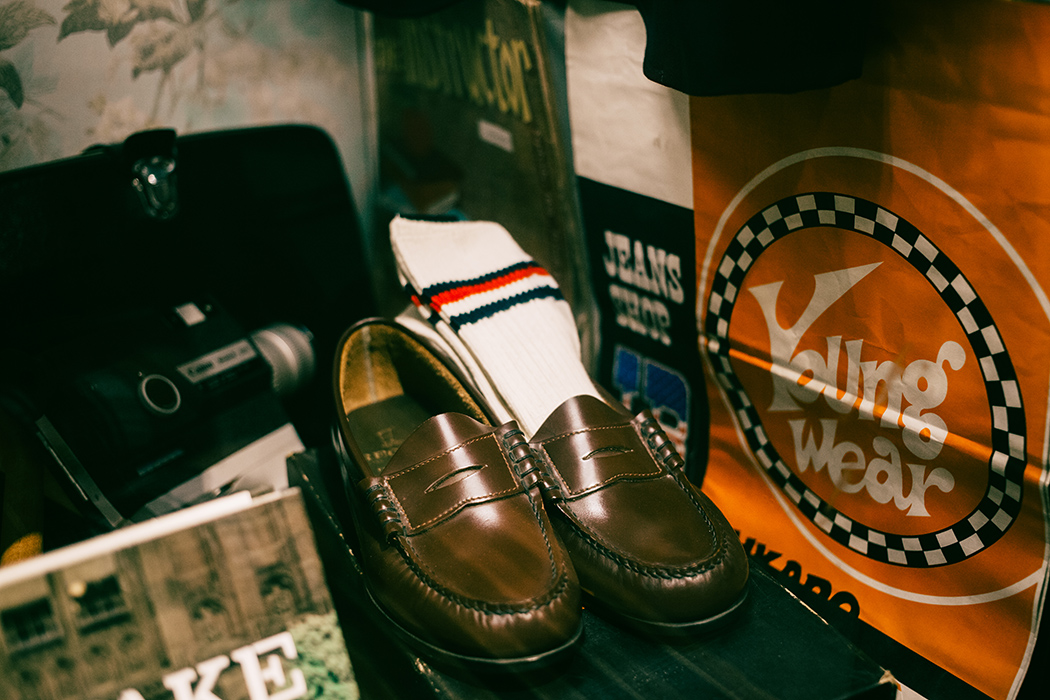 Vintage school shoes and socks. It’s like an exhibit on its own. Check it out if you’re already in Umeda Sky Building!