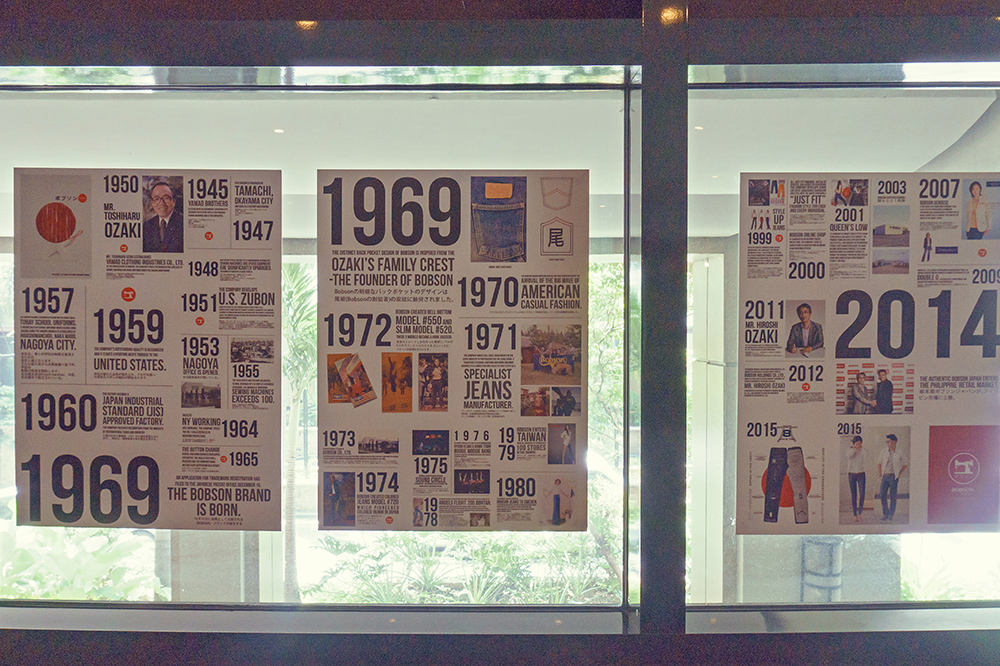 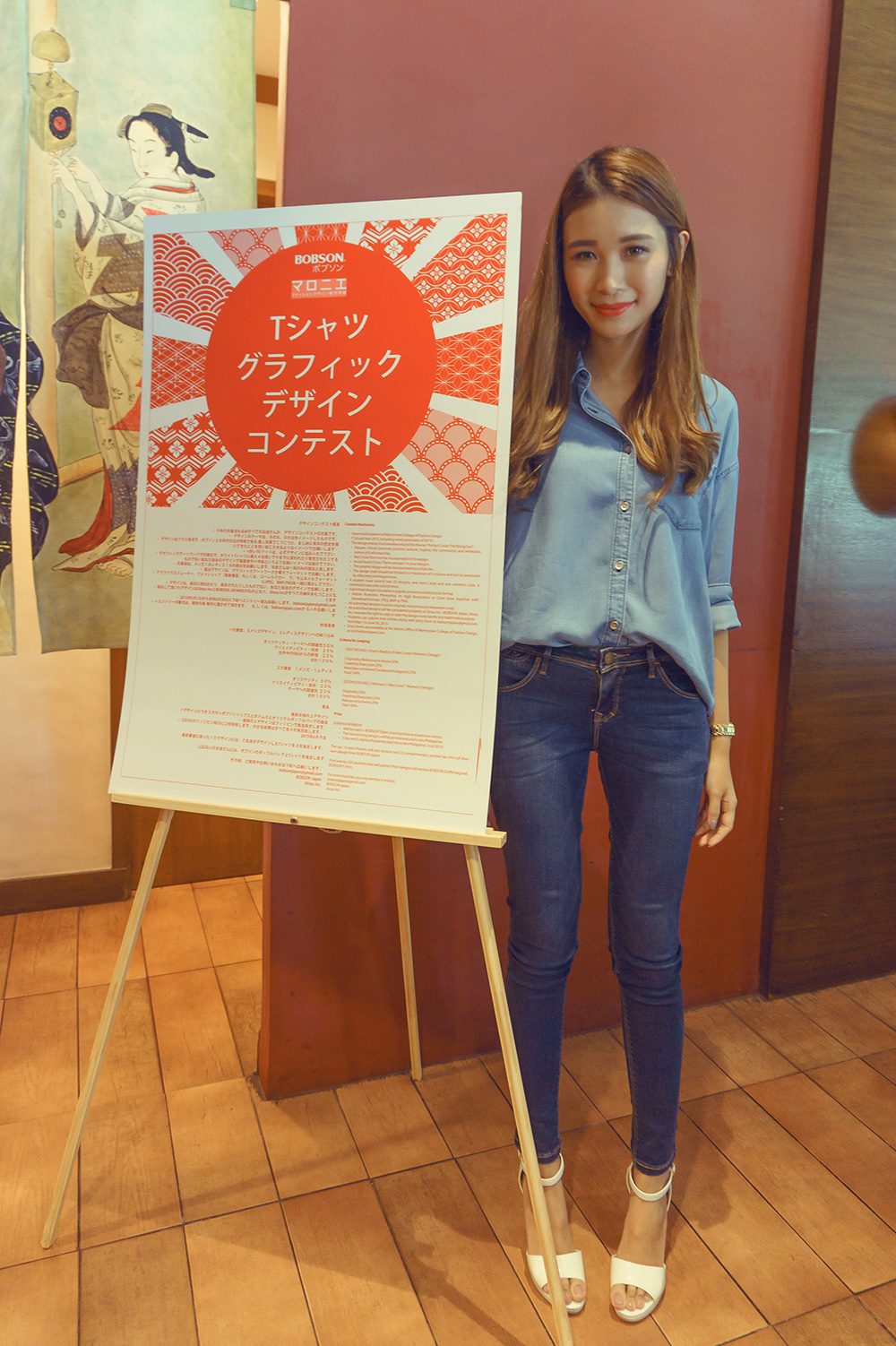 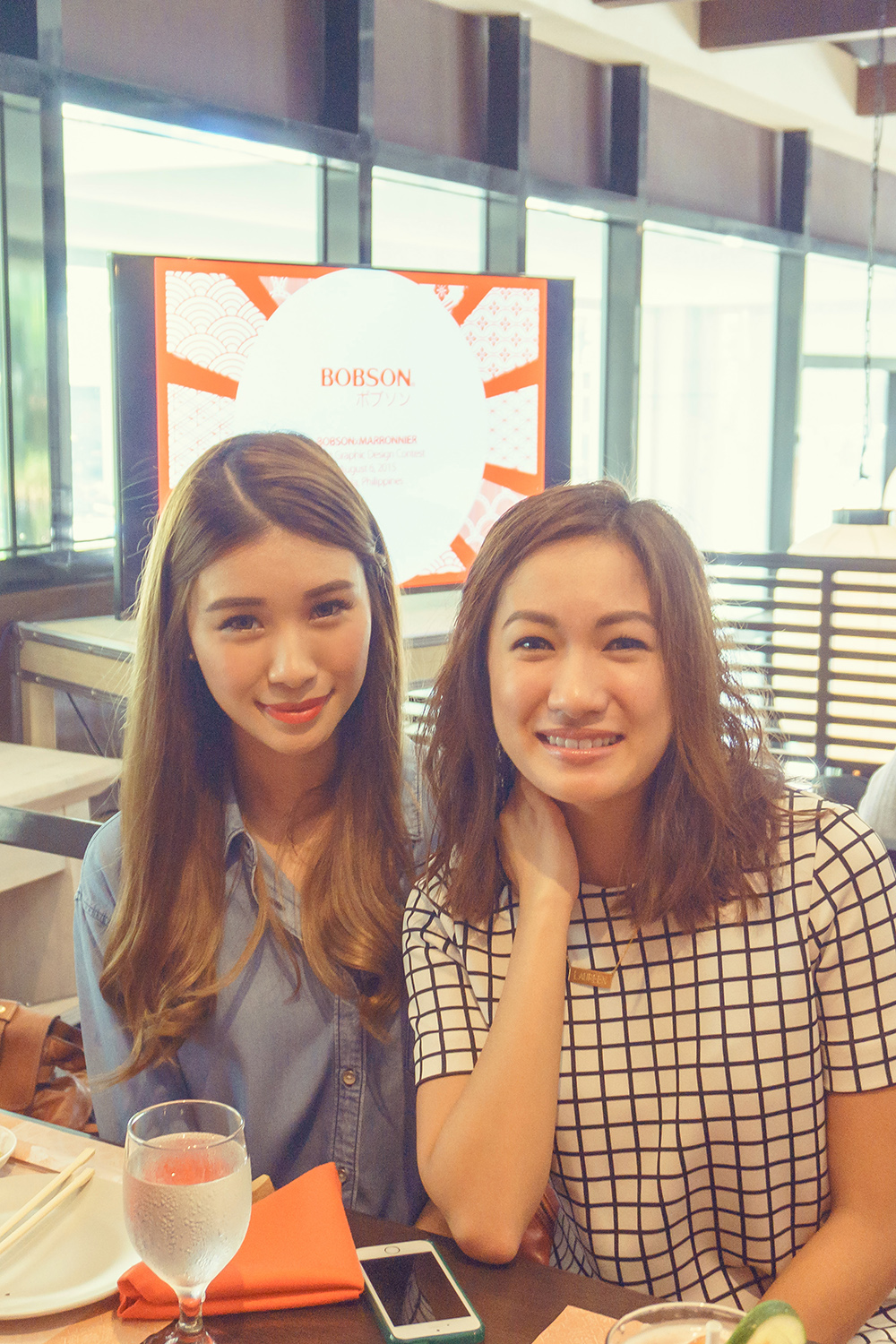 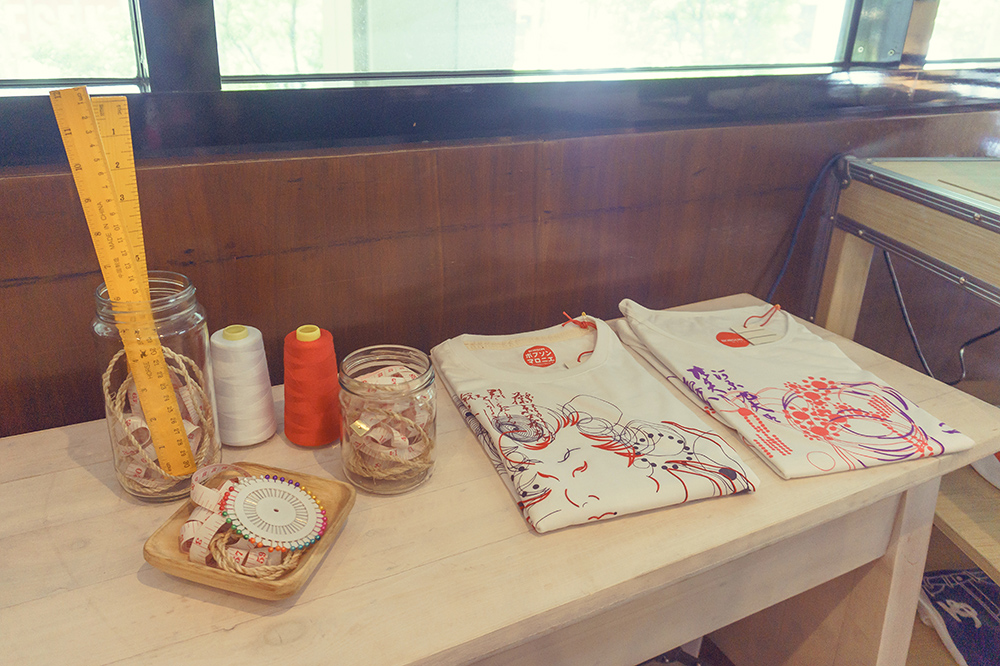 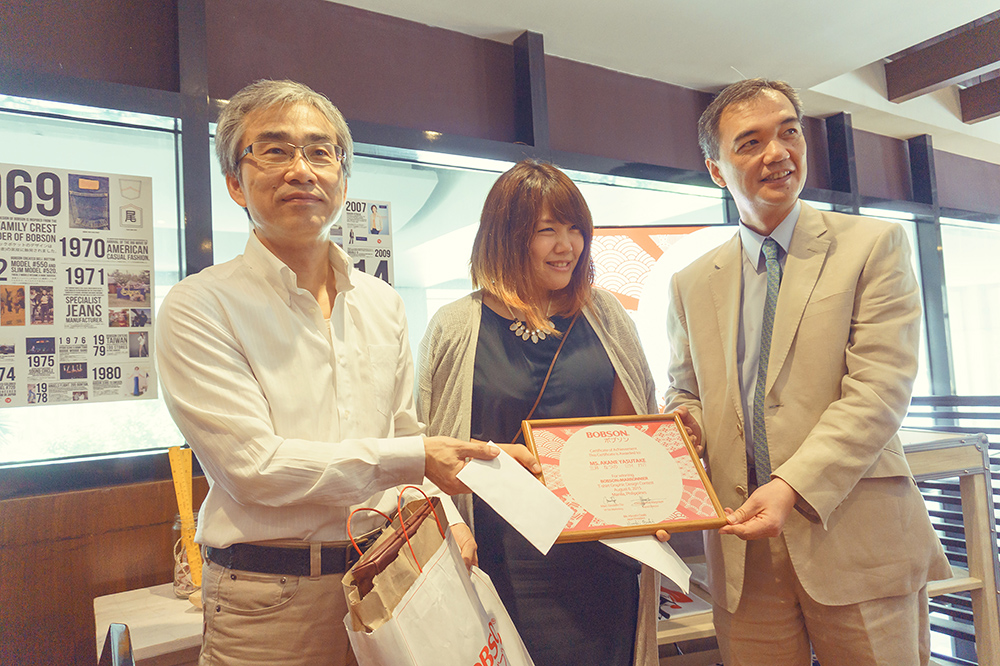 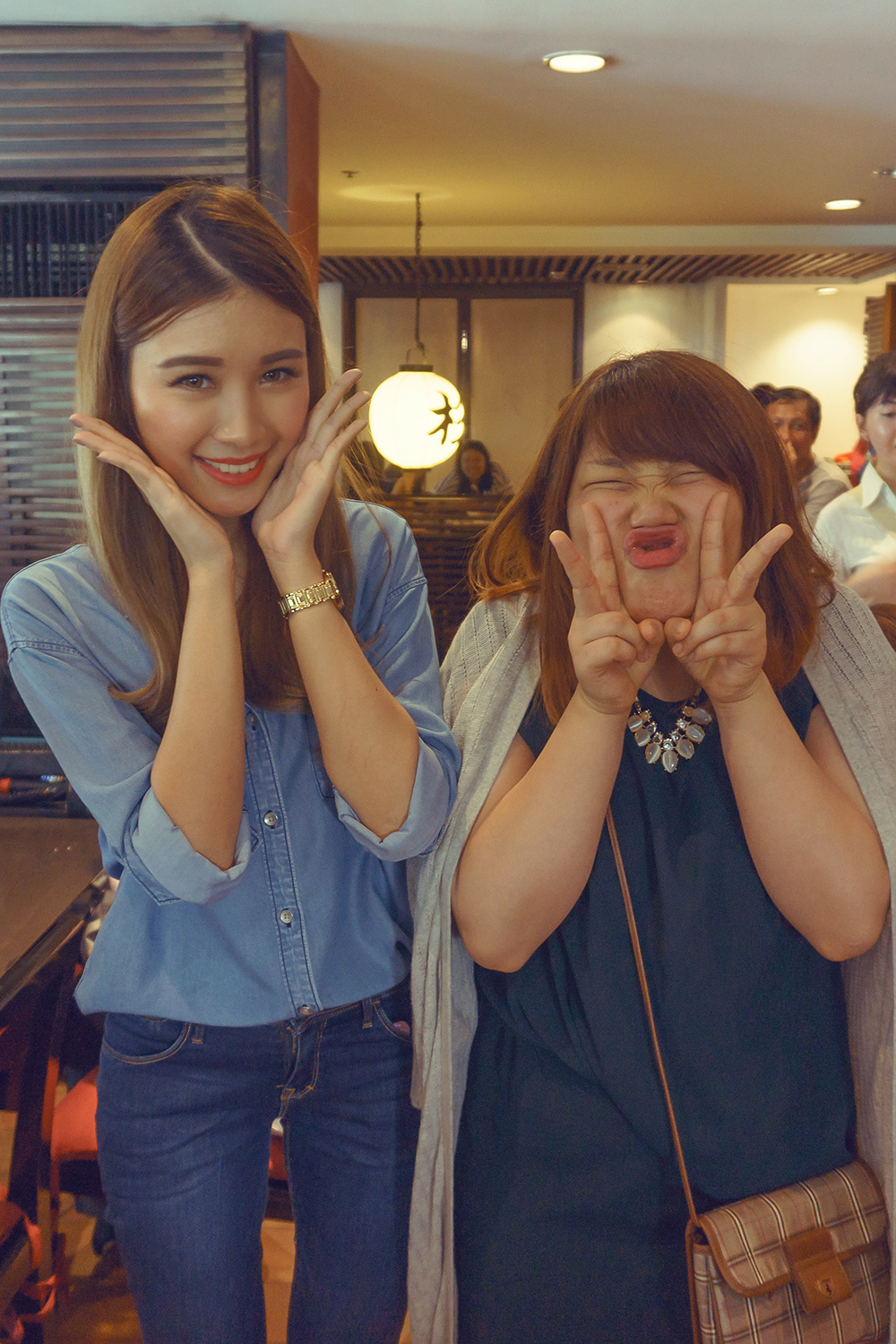 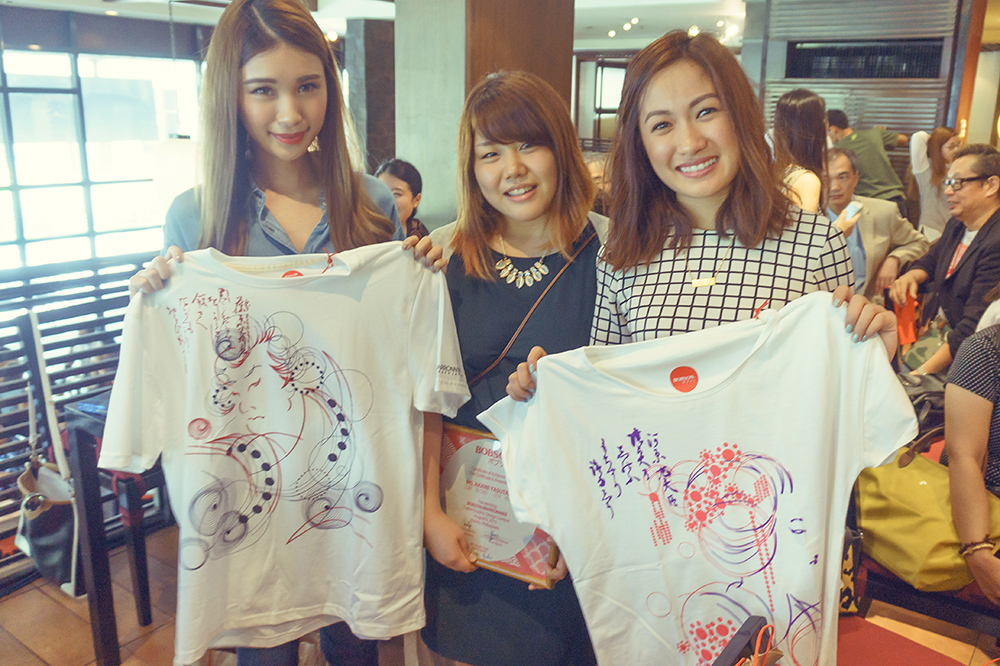 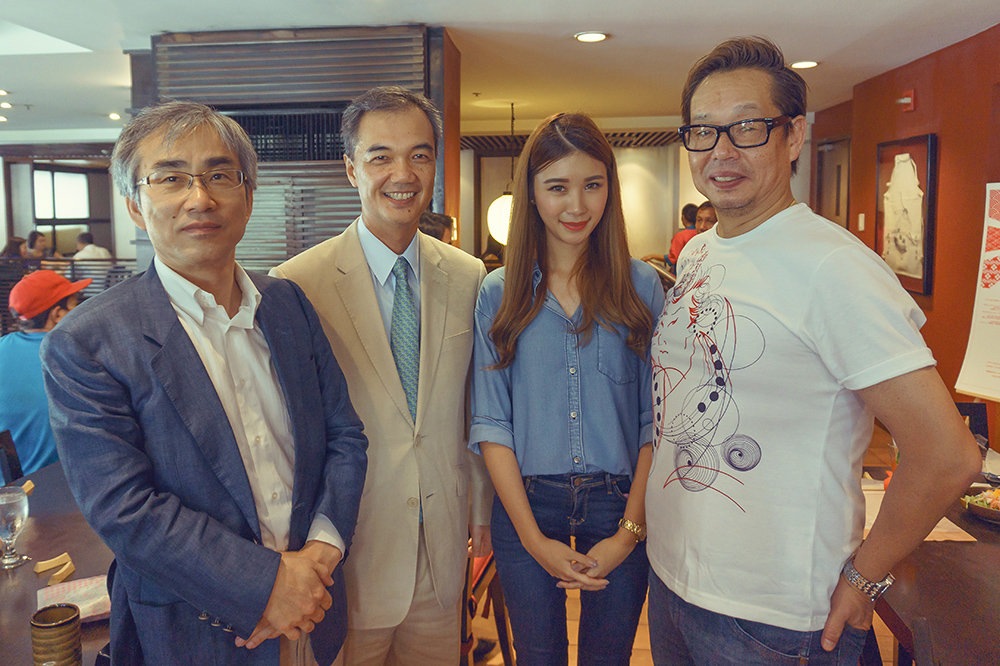 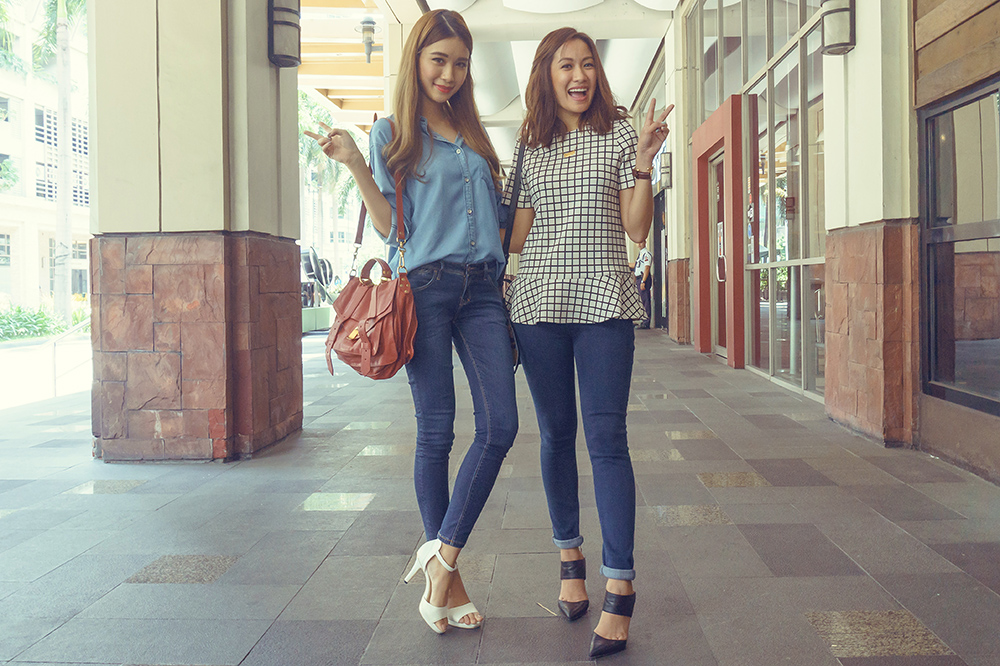 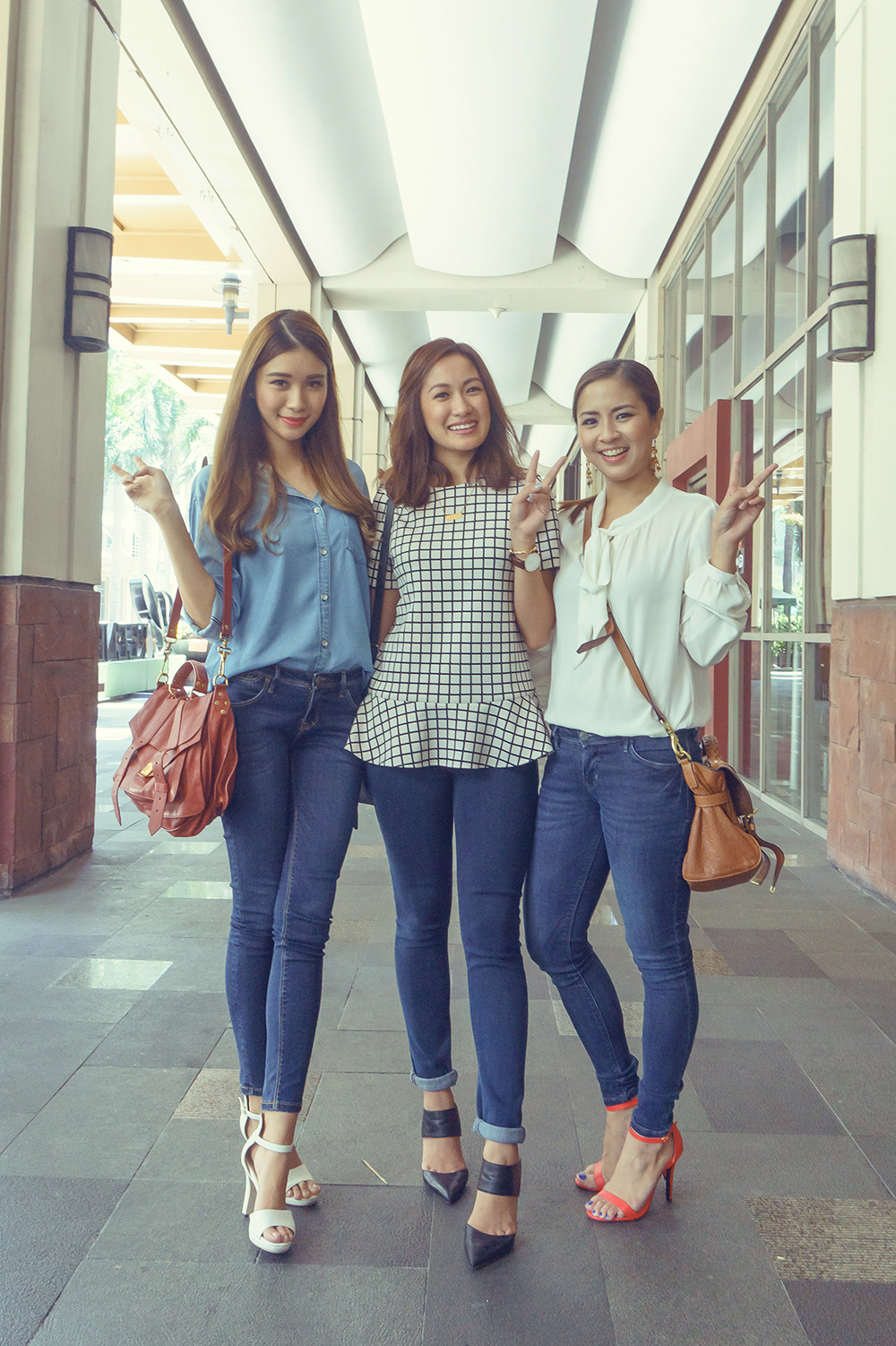 And the votes are in! Congratulations to the grand winner of the Bobson Japan x Marronnier College of Fashion Design (in Osaka) T-Shirt Graphic Design Contest, Yasutake Akane-san! She was awarded by the owner of Bobson himself, Ozaki Hiroshi-san, and Japan Information and Culture Center (JICC) director, Kitagawa Tatsuo-san. Lia Cruz hosted the event in her own pair of Bobson jeans.

Laureen and I were invited to the awarding as we were part of the panel of judges that decided which designs would be printed into t-shirts and sold commercially all over the Philippines.

While there were Facebook votes, we also had to take into consideration the student’s interpretation of the theme, “Perfect Circle: Rising Sun”, as well as the saleability of the design. Knowing how the Japanese always have a meaning or a deeper concept behind every design made it all the more difficult to judge. Akane-san’s “Love Letter” reigned supreme as her designs incorporated familiar Japanese imagery (how can you go wrong with a geisha and a samurai?), and a love poem from an ancient Japanese card game Hyakunin Isshu Karuta.

Keep an eye out for her winning designs in BOBSON stores nationwide!