July 30, 2015 is a date that will forever be etched into my brain. For the second time, I was fortunate enough to be in the presence of BIG BANG. When people ask me about my criteria for liking K-pop groups, I tell them that I can never get into a group if I don’t like any of their songs. And without a doubt, BIG BANG is my #1 go-to group when I feel like jamming to Korean music. Fangirling over visuals was only secondary to my initial introduction to the group, LIES and Haru Haru around 2008. The amount of artistry that goes into their music is no joke, and it’s admirable that they have a hand at writing and producing their own songs.

All the members have had the chance to release solo songs that relied heavily on their own skills. I believe that this is proof that they’re not just all for show – no one was put into the group as a filler to compensate for any shortcomings. Individually, they are great. Together, they’re even greater. And this is what I love most about them.

To commemorate Tricia Will Go Places 2.0 (I feel like I can legit be a WordPress developer now, with all the work I did these past few months!), here are some of my photos from BIG BANG’s visit in Manila last July. I watched with the lovely ladies of Sparkling magazine (I have some articles coming out in their next issue!), and we had the best time humming along to the songs, and screaming our lungs out during the concert.

I really hope they can come to Manila again for a third time! For sure, I’ll be there. 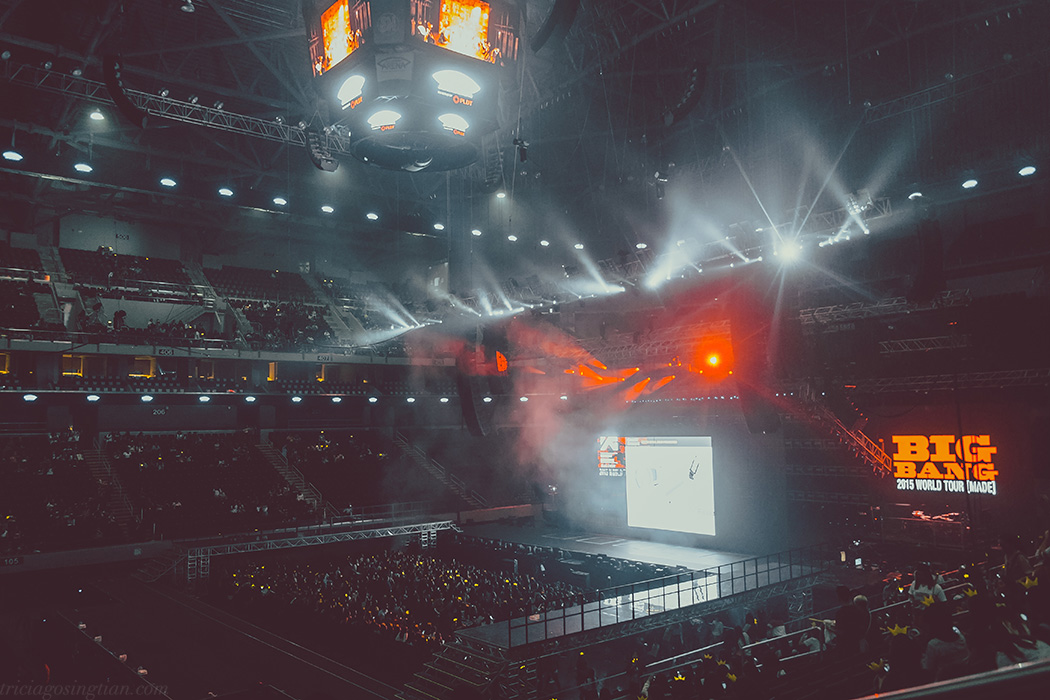 Early birds at the SM Arena. TOO EXCITED. 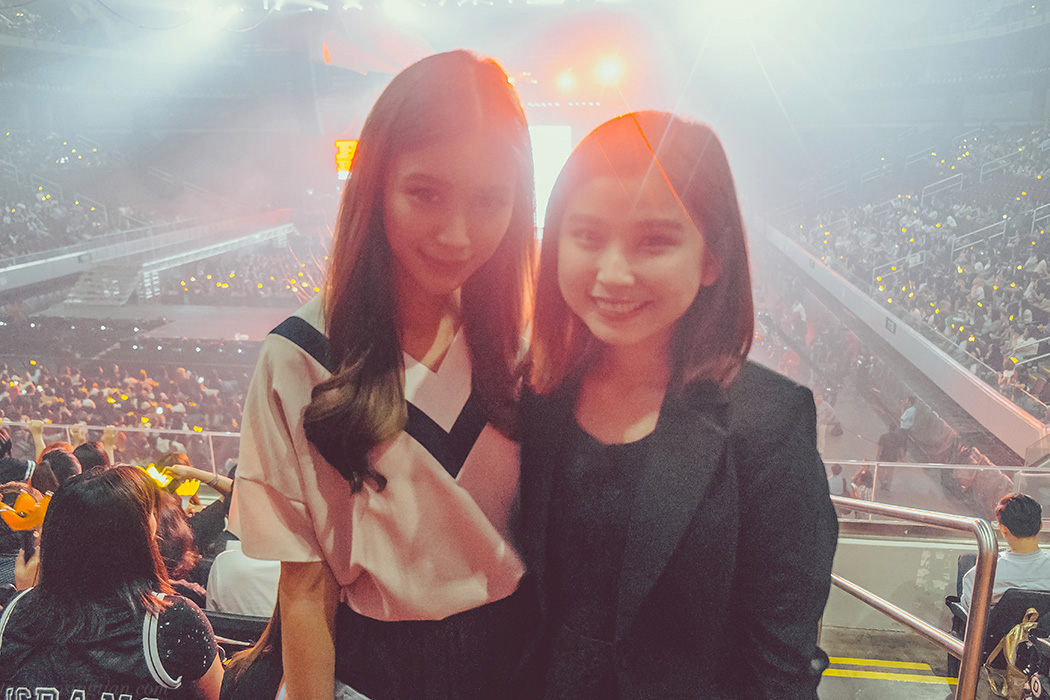 Totally expected Farrah to be present! We watched the first BIG BANG concert in Manila together, way back in 2012. 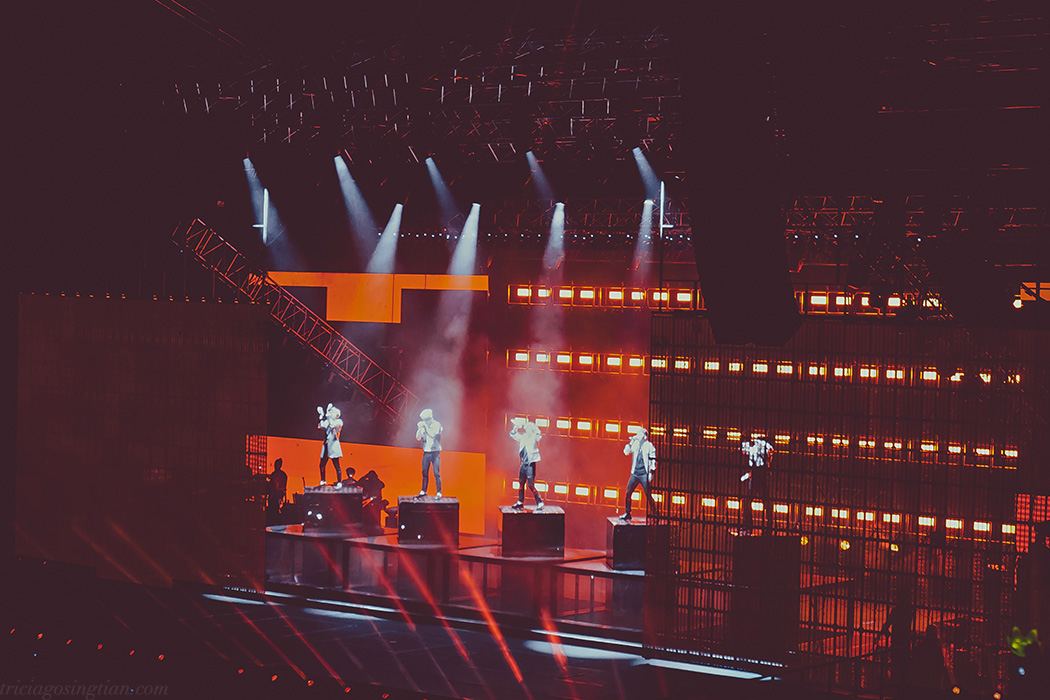 They opened the concert with BANG BANG BANG, which was on loop on my Spotify for DAYS. 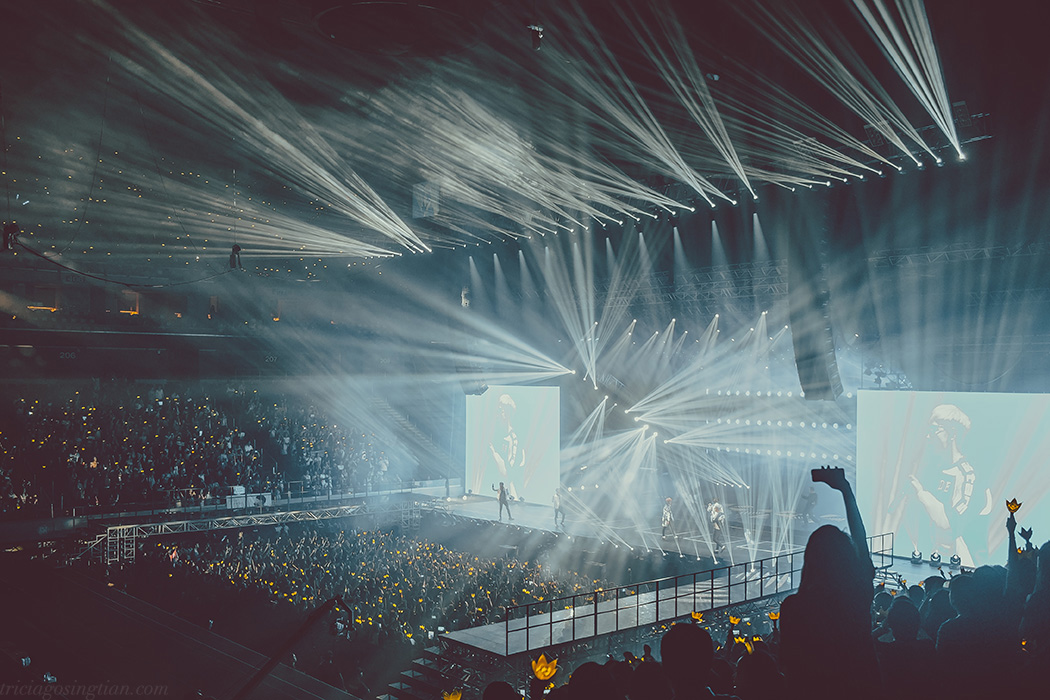 And the crowd goes wild. 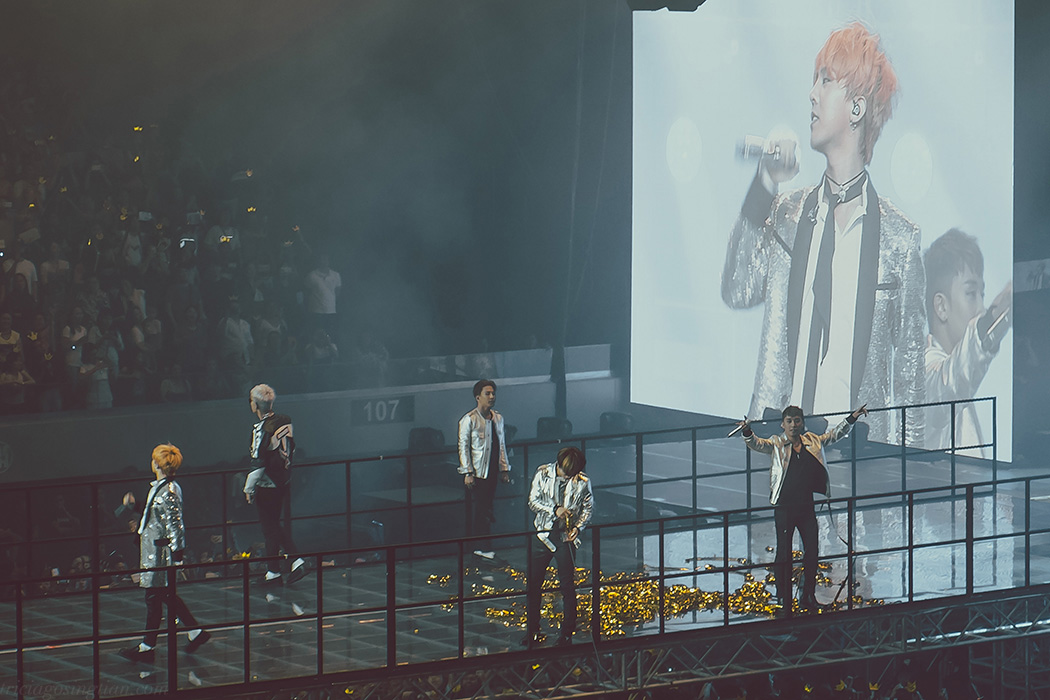 Here they were telling us how happy they were to be back in Manila. Missed them so much! 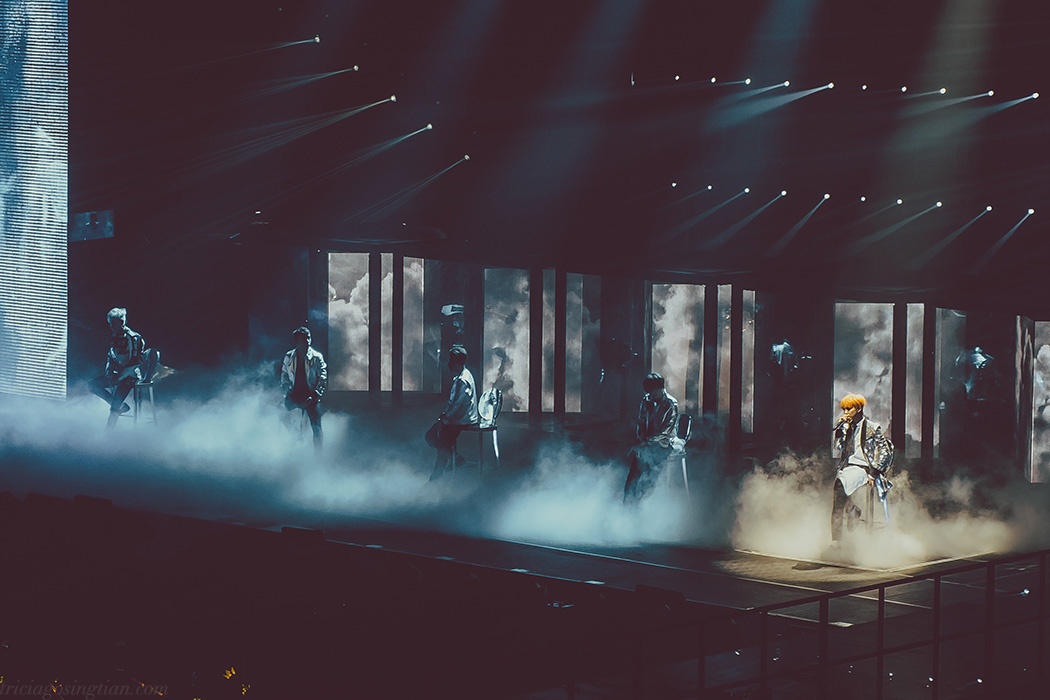 All the feels during HARU HARU. This performance was all sorts of flawless. 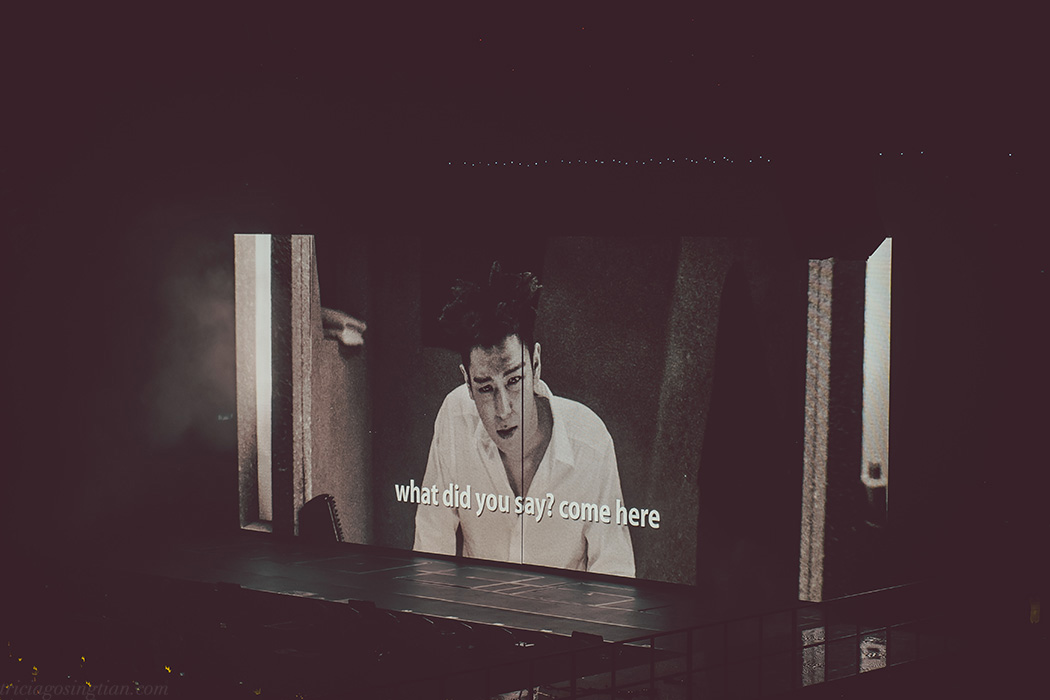 THAT STARE THO. Failed to take a photo of his Mondrian suit, but it was definitely the sartorial highlight of my night. 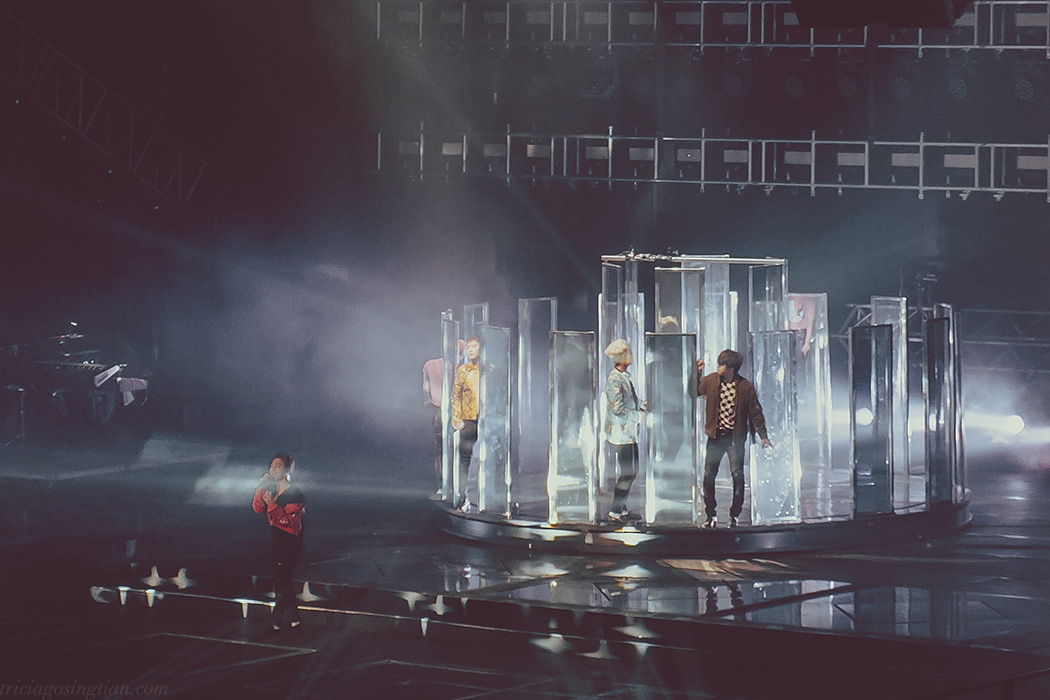 LOSER stage! That moment when you see this set-up in real life, and not through the TV/computer screen! 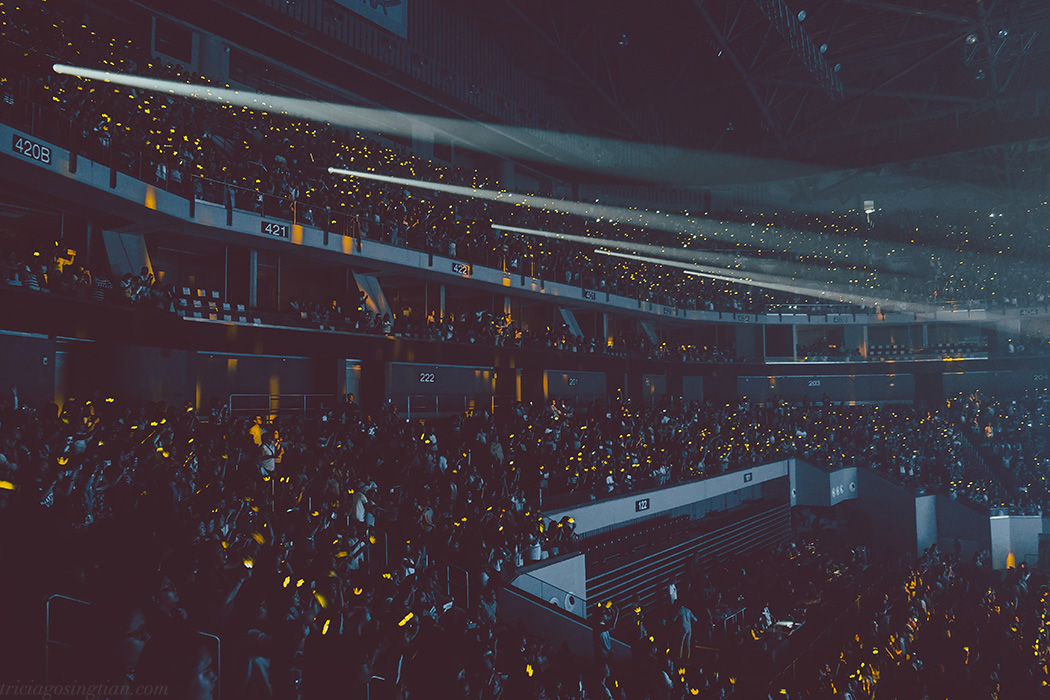 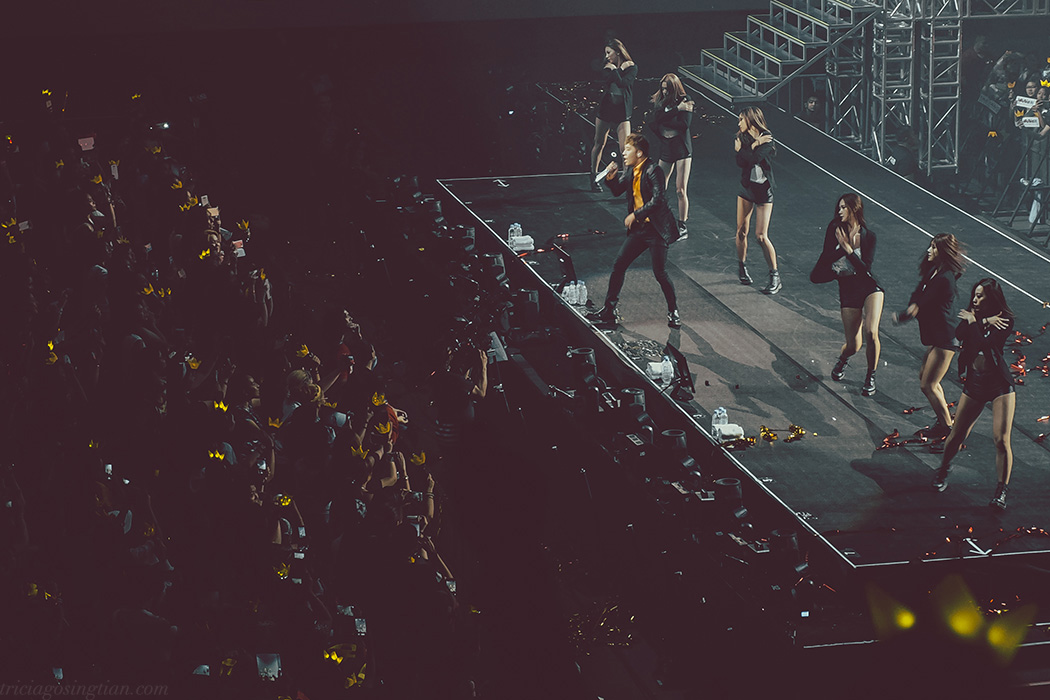 Let’s talk about love. Seungri cracked everyone up when he said he knew how to “pabebe”, and started doing the gwiyomi on stage. Never 4get his “cute niyo po!” too. 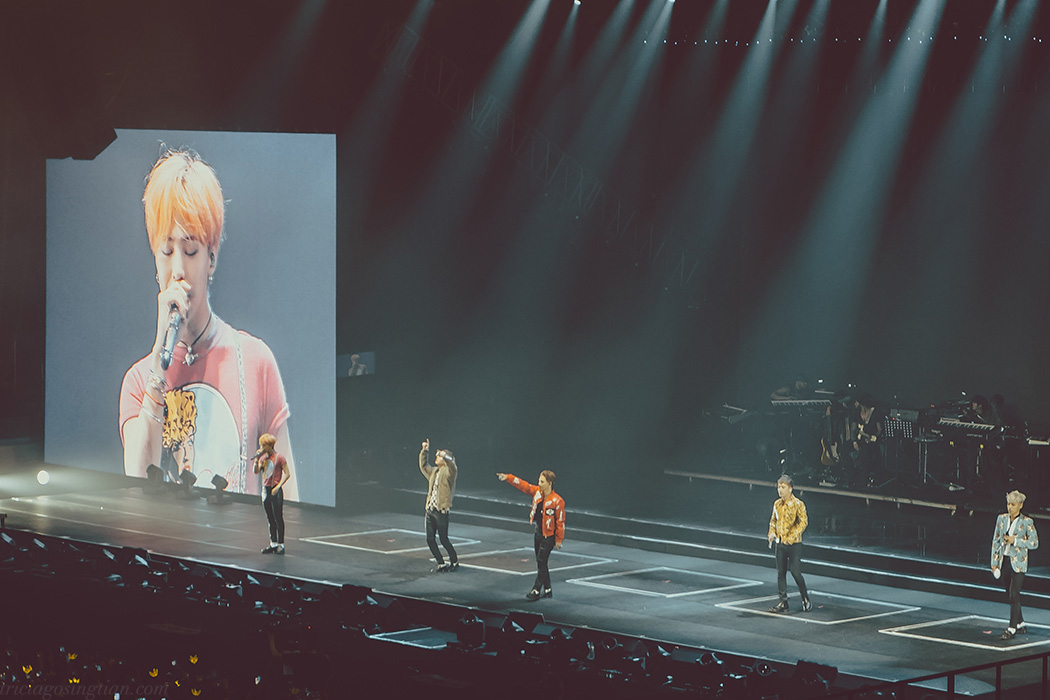 GD giving us a teaser of ZUTTER, a week before it was released. We felt so special, hahaha. 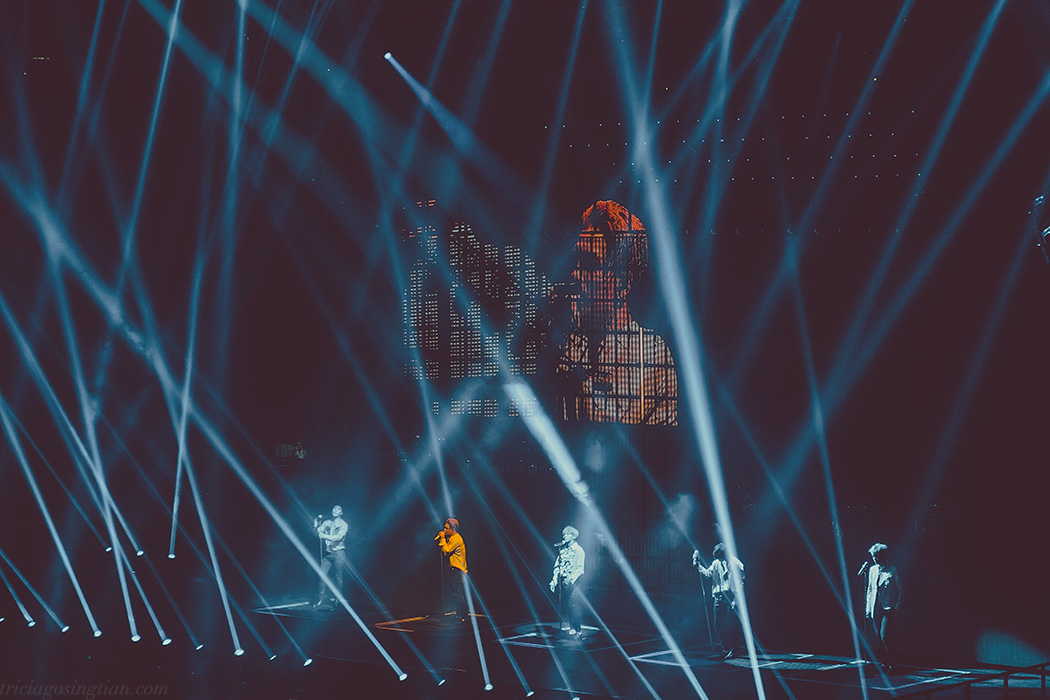 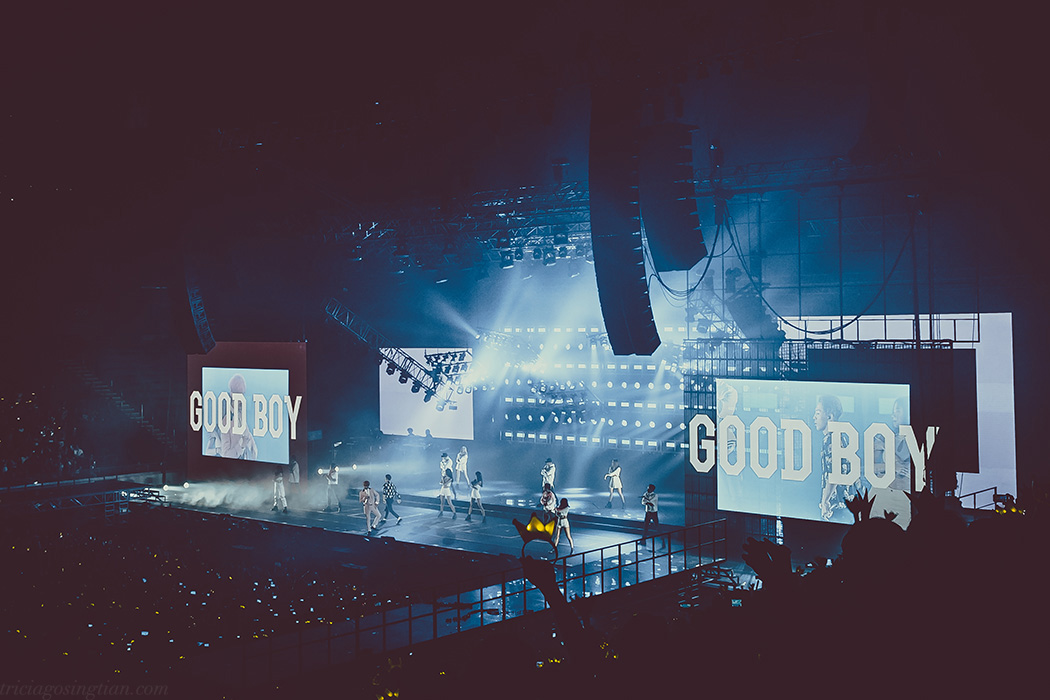 Put your hands in the air! How y’all feeling out there? 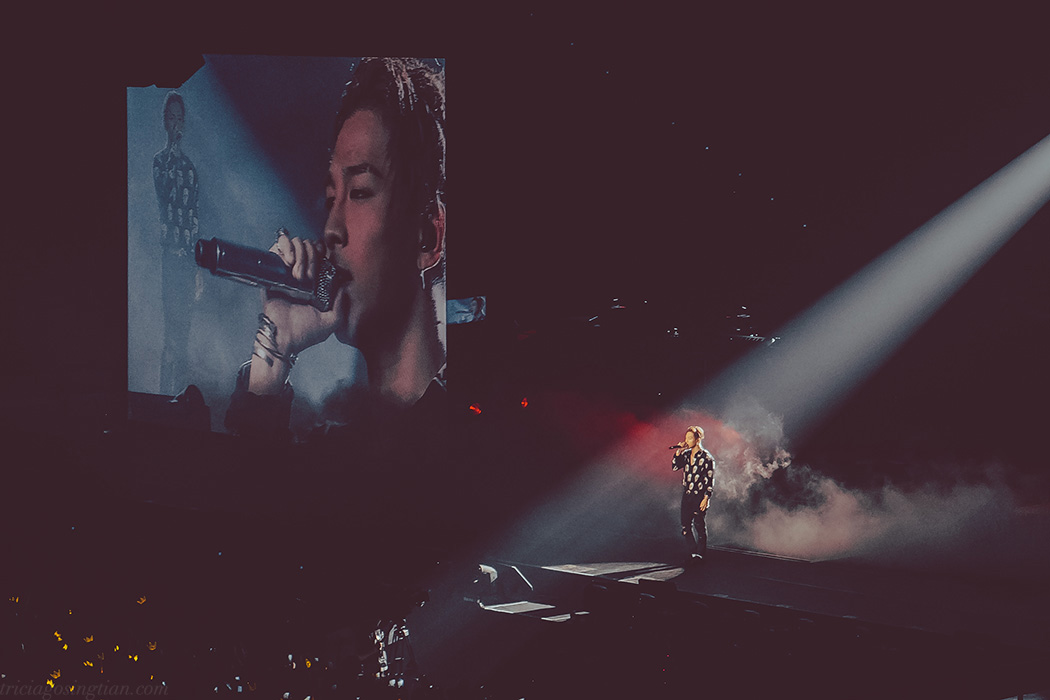 Eyes, Nose, Lips live is even better than the recorded version! Taeyang’s voice is everything. 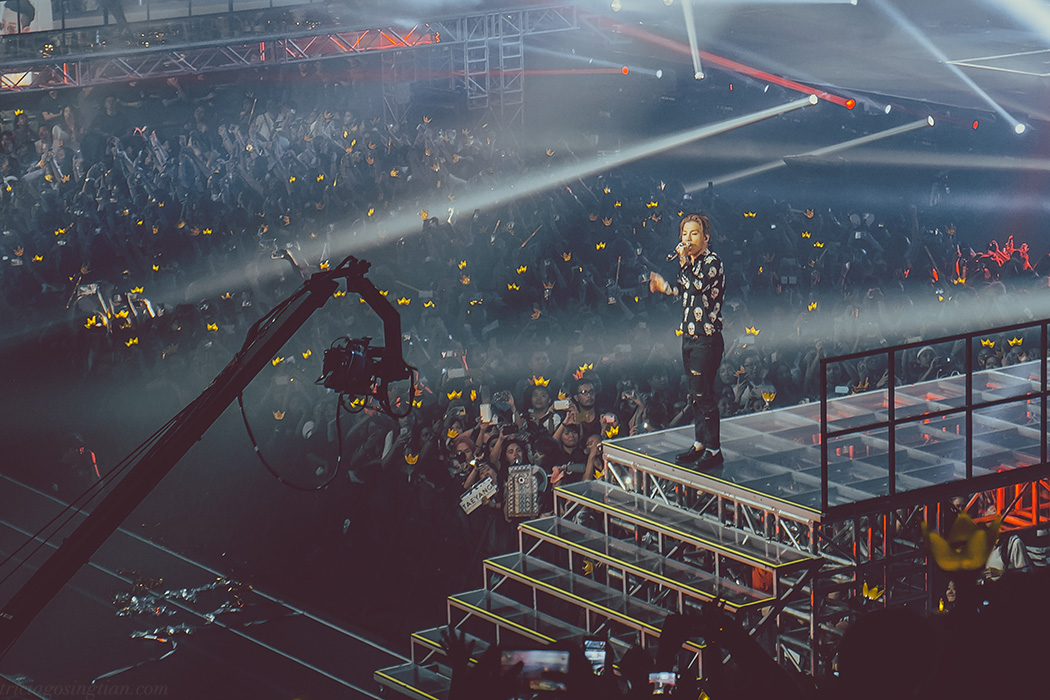 Fully clothed this time. TBH, I was half-expecting him to rip his shirt off again, since he did it during the ALIVE Galaxy Tour 3 years ago! Heh heh 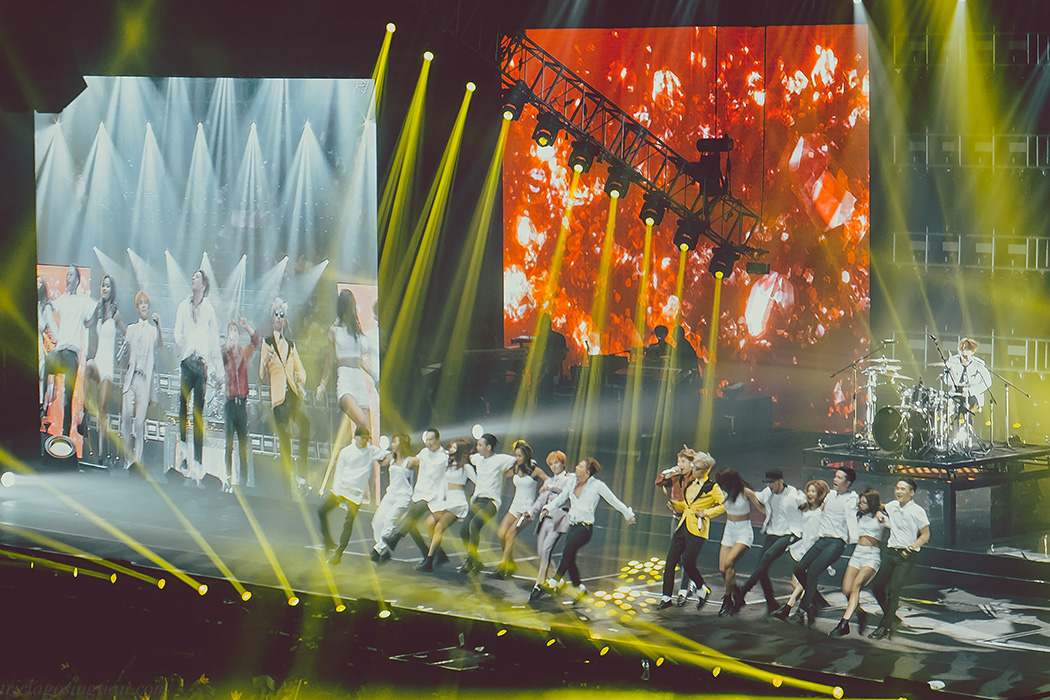 I will never get over Sober. SUCH A JAM. 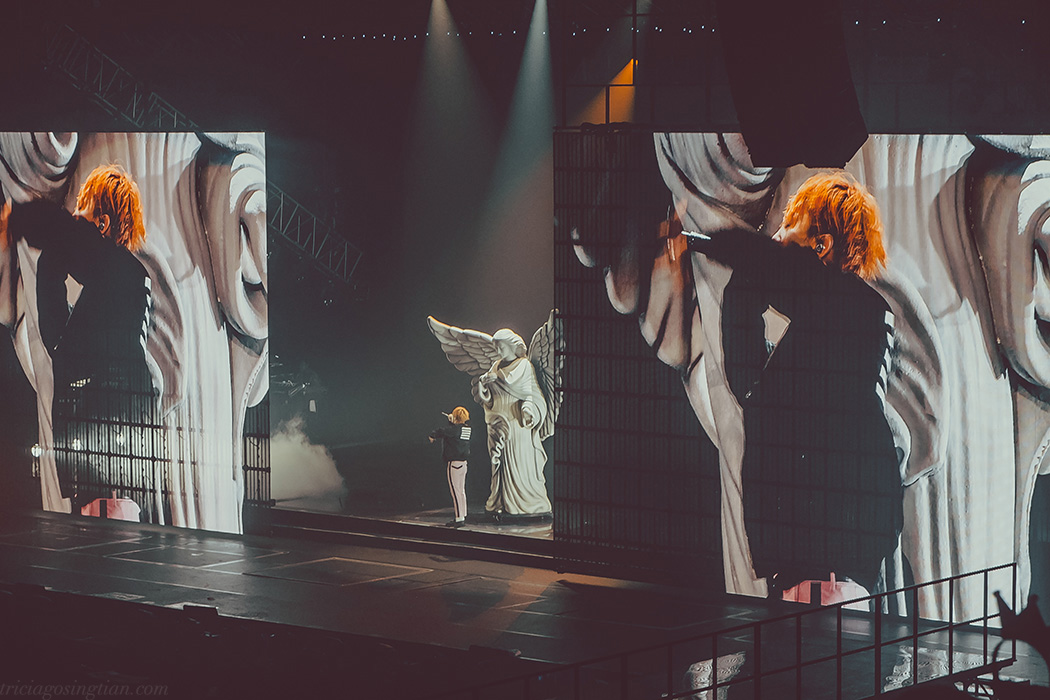 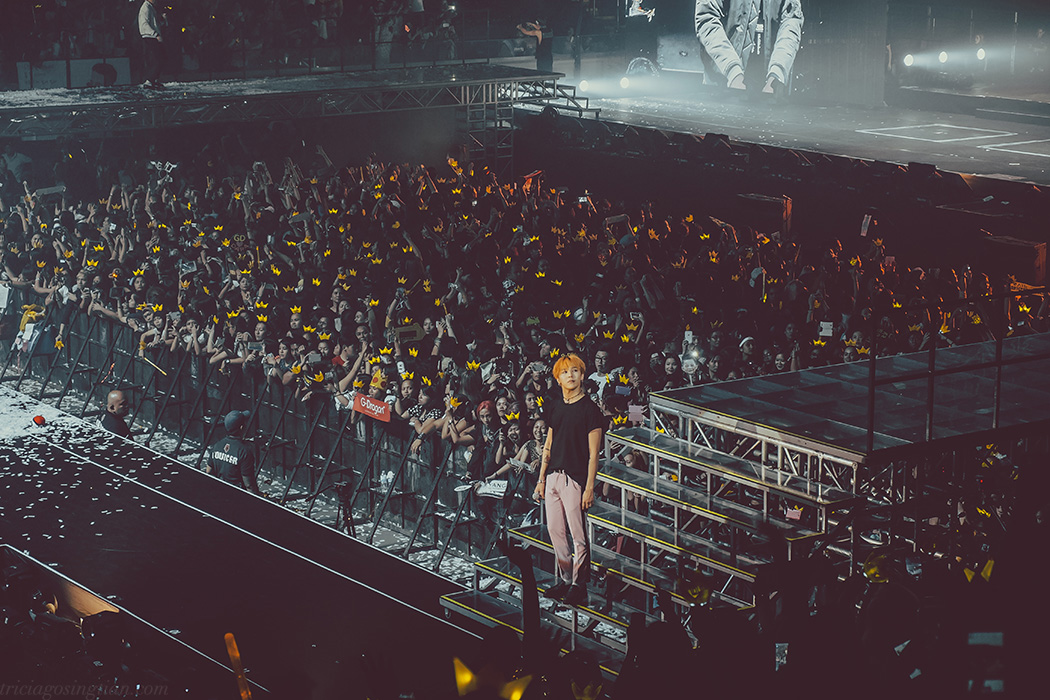 My ultimate bias from the start. This was the closest I could get to GD from where I was. I can only imagine those who were able to see him up close! 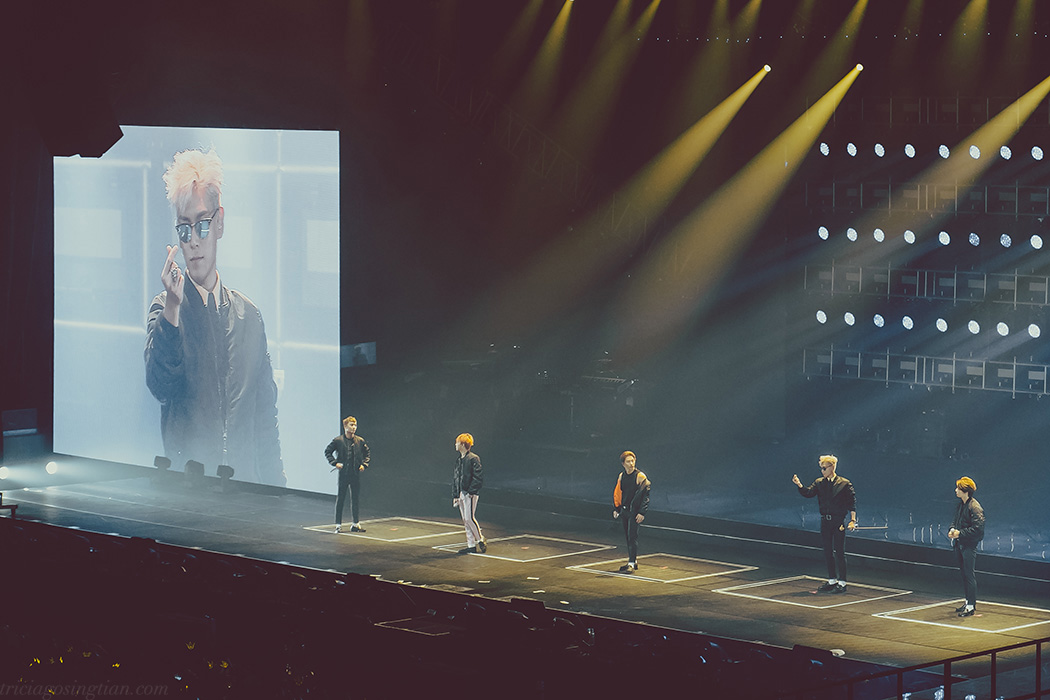 TOP be like, “Gusto niyo ba?” (“You Like?” in Filipino) This handsome man is the only one who can pull off such a sexy dapper heart sign! 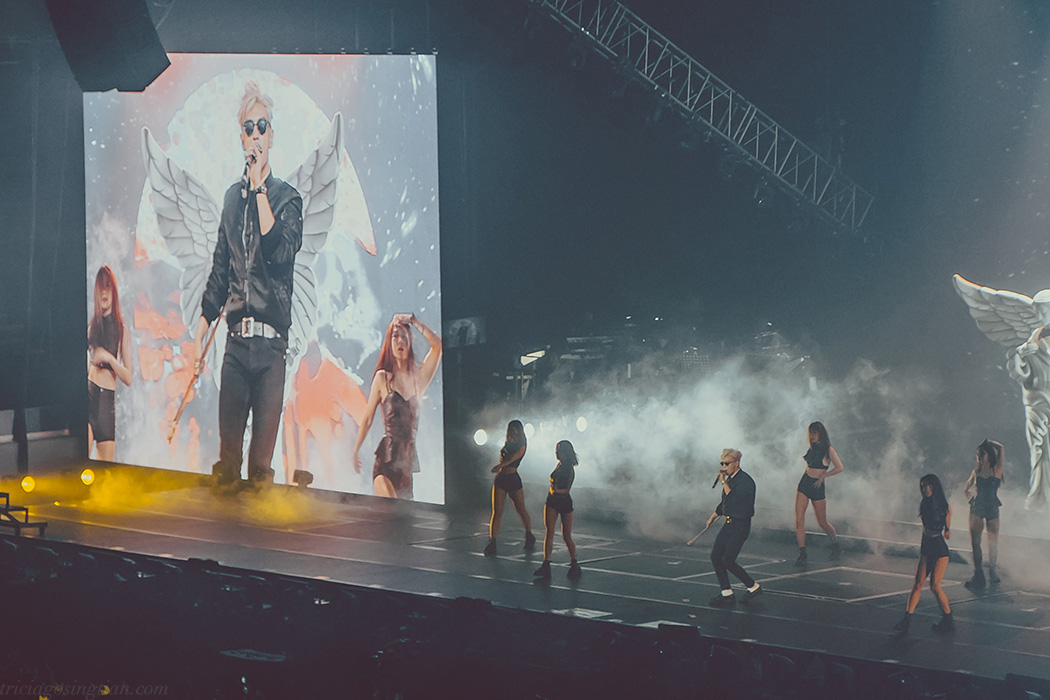 Thanks for coming down to earth to grace us with your presence! Easily one of the most handsome faces in K-pop… EVER. 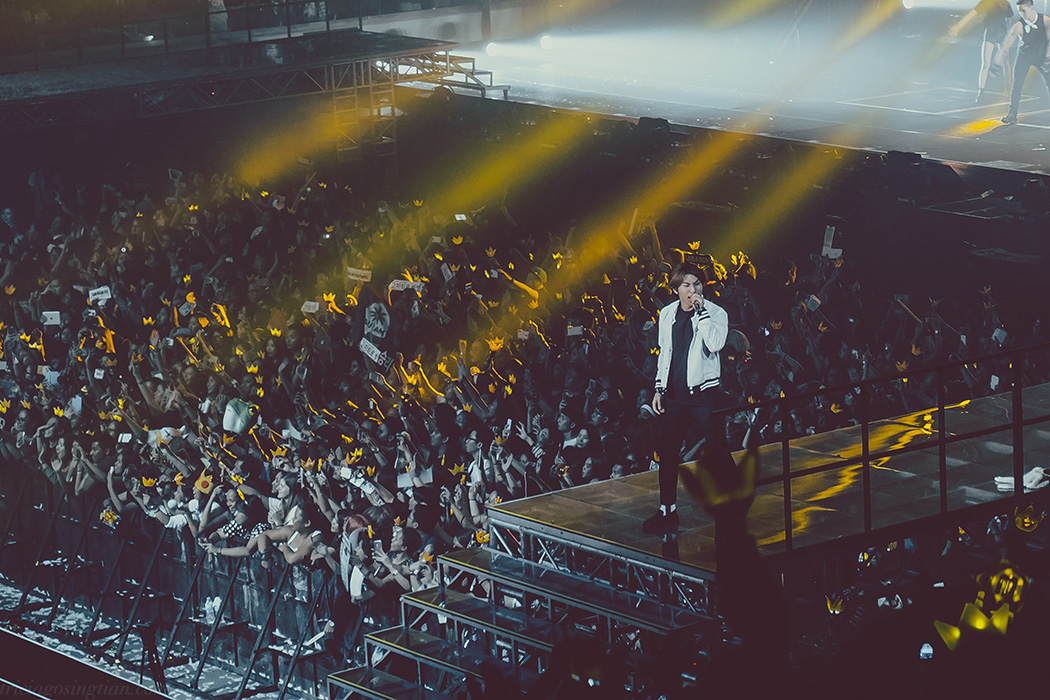 At least here, we finally saw Daesung’s eyes. He was so funny when his eyes were covered and he was like, “Can you see me? I can’t see you!” 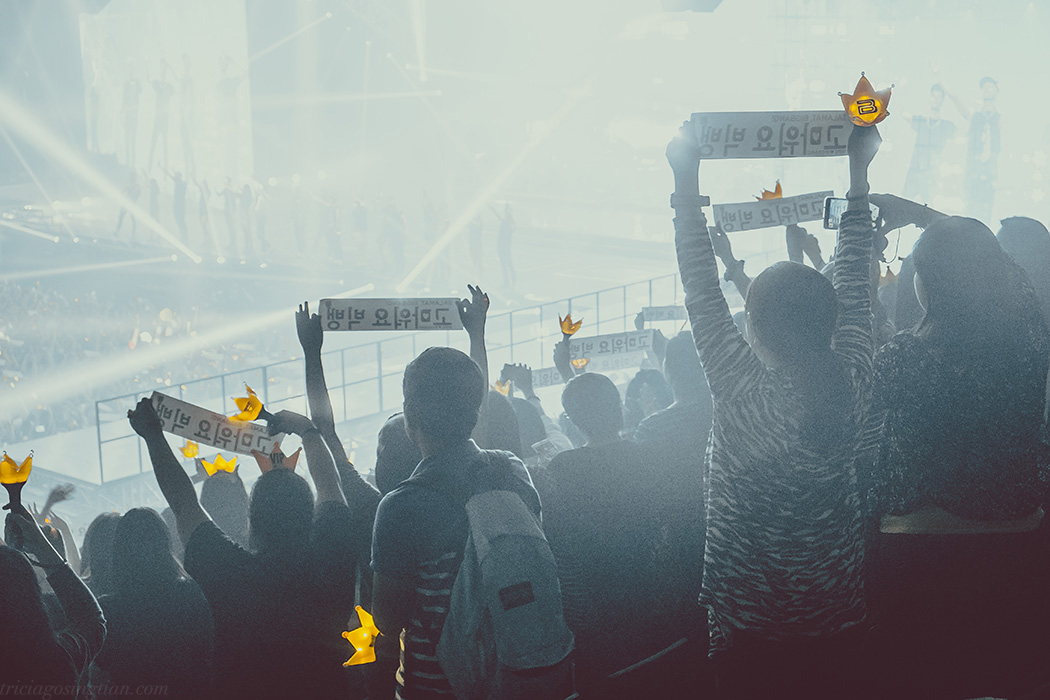 HANDS UP. VIPs were hyped up until the very last song. 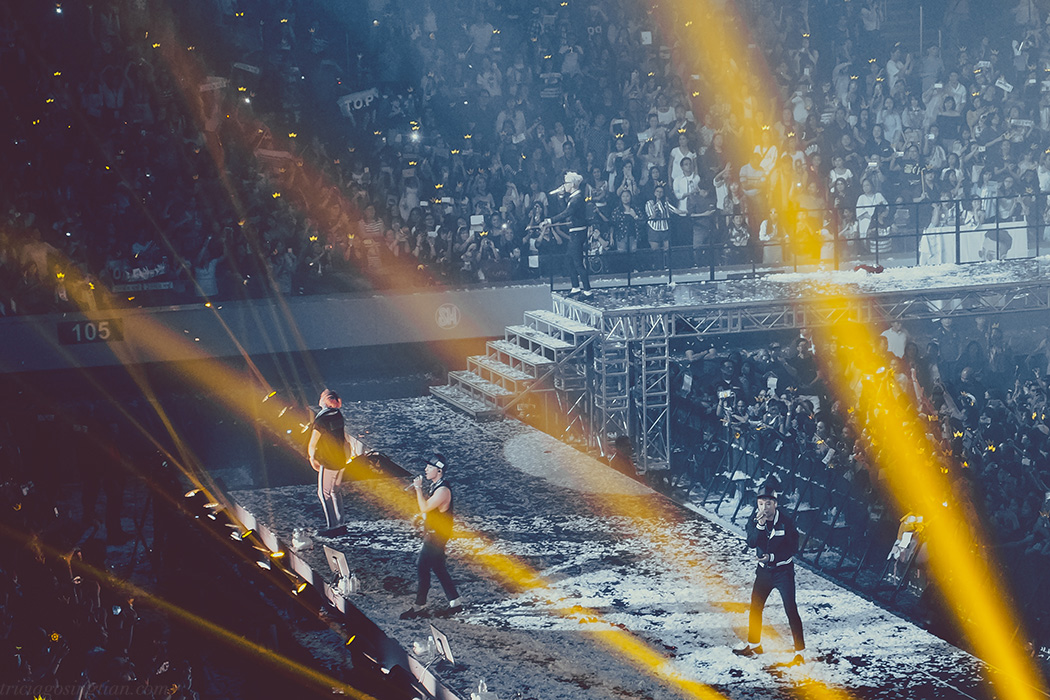 Confetti fitting for a badass encore. Hwangtaeji will be proud. 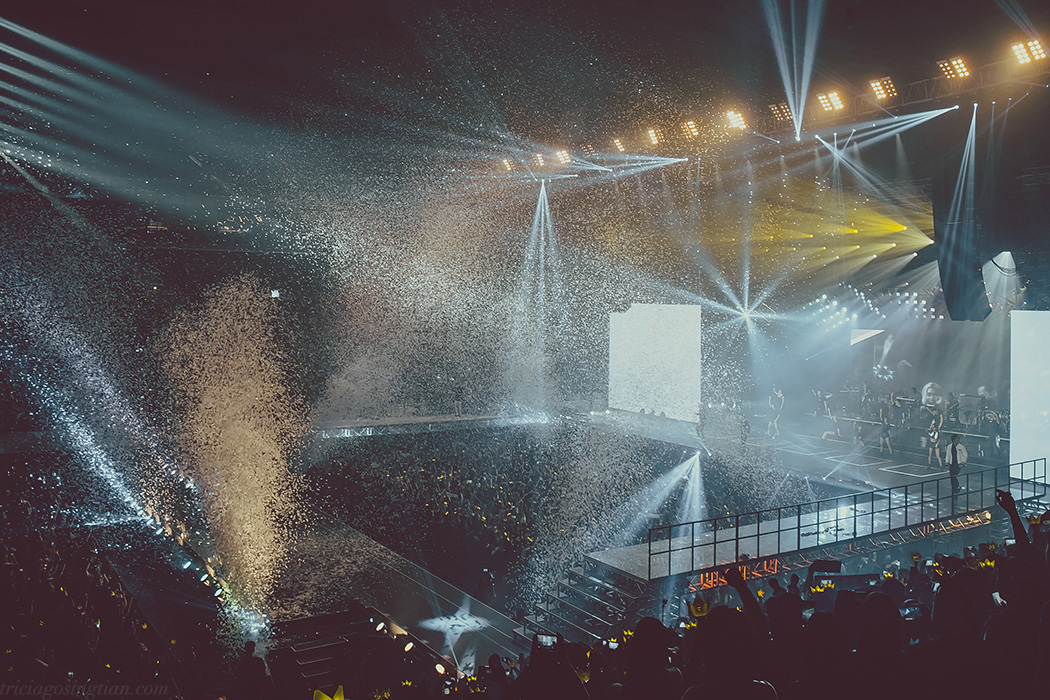 SO DJ PLAY A LOVE SONG! Thank you BIG BANG for partying with us again after 3 years!

For those who are curious, I shot these photos with my Fuji X-Pro1 (with kit lens) from my Upper Box seat! I also uploaded 600 seconds worth of snaps for my VIP followers who weren’t able to go. It’s the least I can do when I’m privileged to be at an important event! Speaking of Snapchat, you can add me at tgosingtian

Anyhow, thanks for being patient with me and my lack of updates these past couple of weeks. I could’ve hired someone to do all the nitty gritty Tumblr to WordPress work, but I decided to do things on my own, just like how I’ve been doing things since the beginning of time (Hello, deviantART days circa 2004! And until now I still don’t have an assistant/secretary, lol). I had the most difficult time categorizing 1200+ posts (only time I hated myself for posting so frequently these past 6 years), but I regret nothing because I learned so much. Blood, sweat, and tears were put into this redesigned blog, so expect regular updates from me from now on!