The last two places that I was able to visit in Arashiyama were Adashino Nenbutsu-ji and Seiryo-ji. I could’ve visited more places if only a) I knew how to bike, b) I didn’t take too long taking photos of each place, and c) I took a cab or bus from Nison-in to Adashino Nenbutsu-ji, and from Adashino Nebutsu-ji to Seiryo-ji. I swear these places looked totally near each other in my map. But boy, was I wrong!

Anyhow, lessons learned. I did get to see the non-touristy part of Arashiyama, which I think is a good thing. I got to see all the quaint stores and houses that looked like they were from a different time. 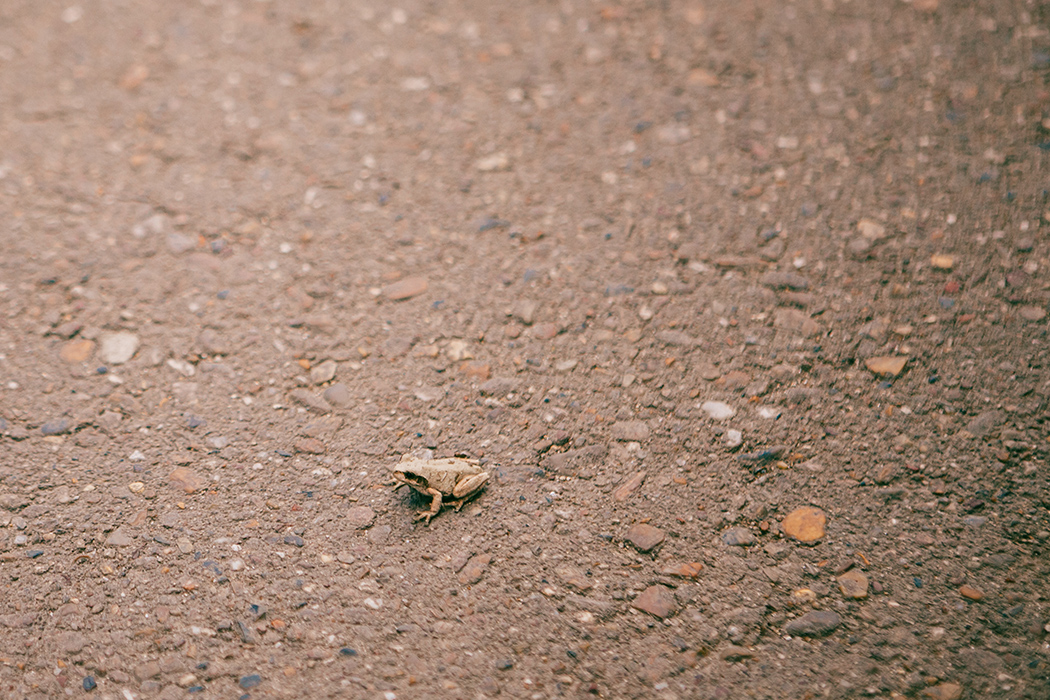 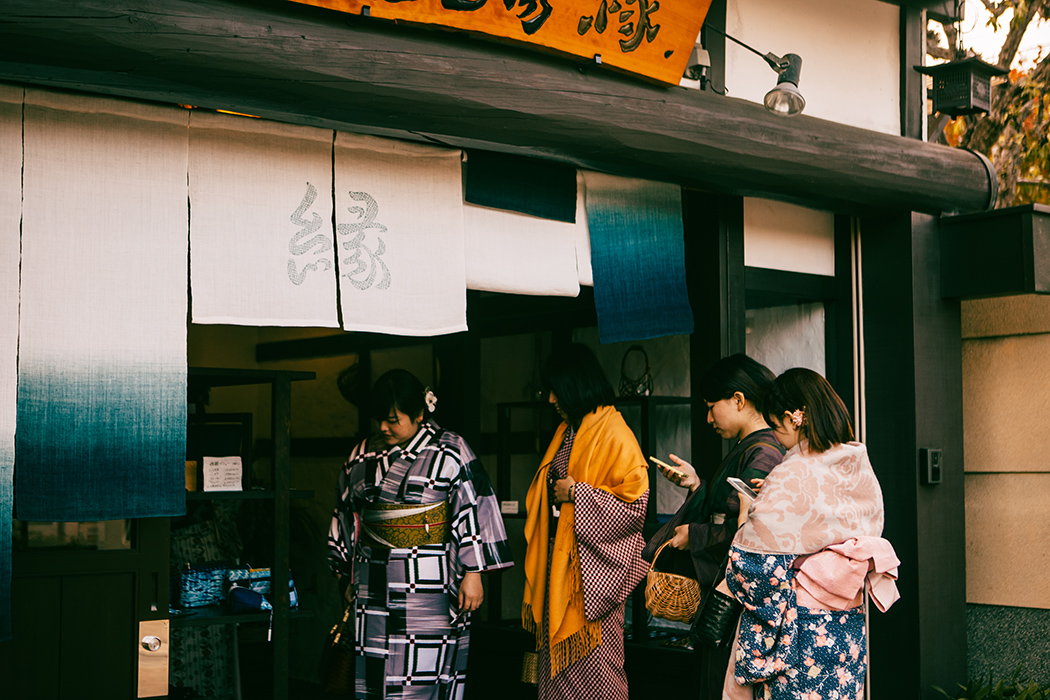 Friends who wear yukata together, photograph well together. 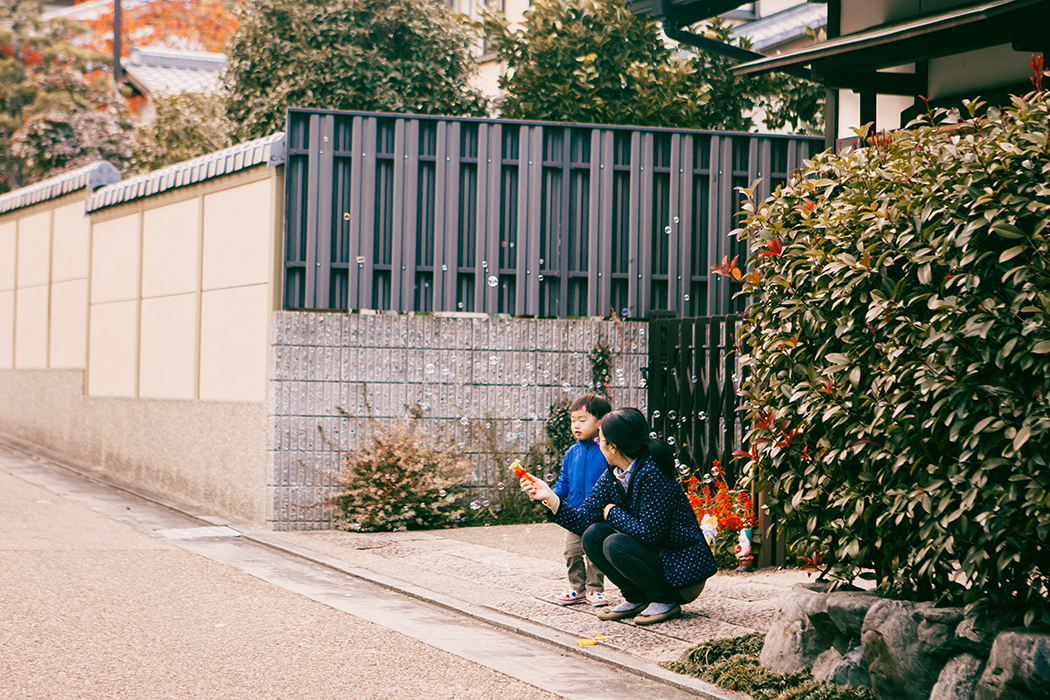 Saw this mother-son pair blowing bubbles in the street. Aww! 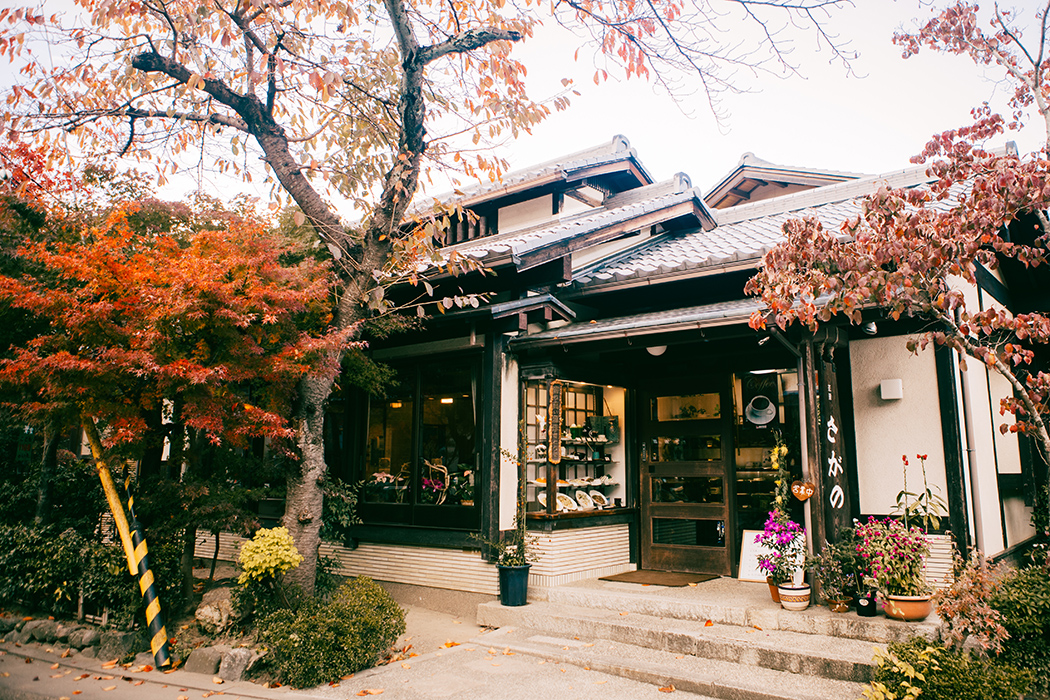 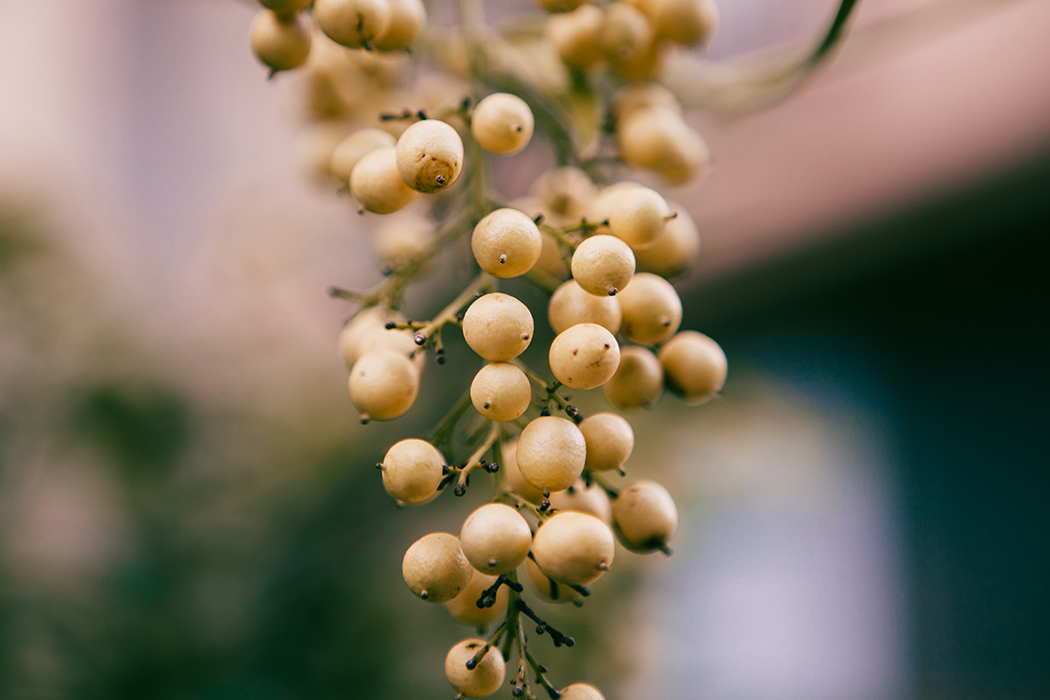 Spot the one that looks like it has a face on it. 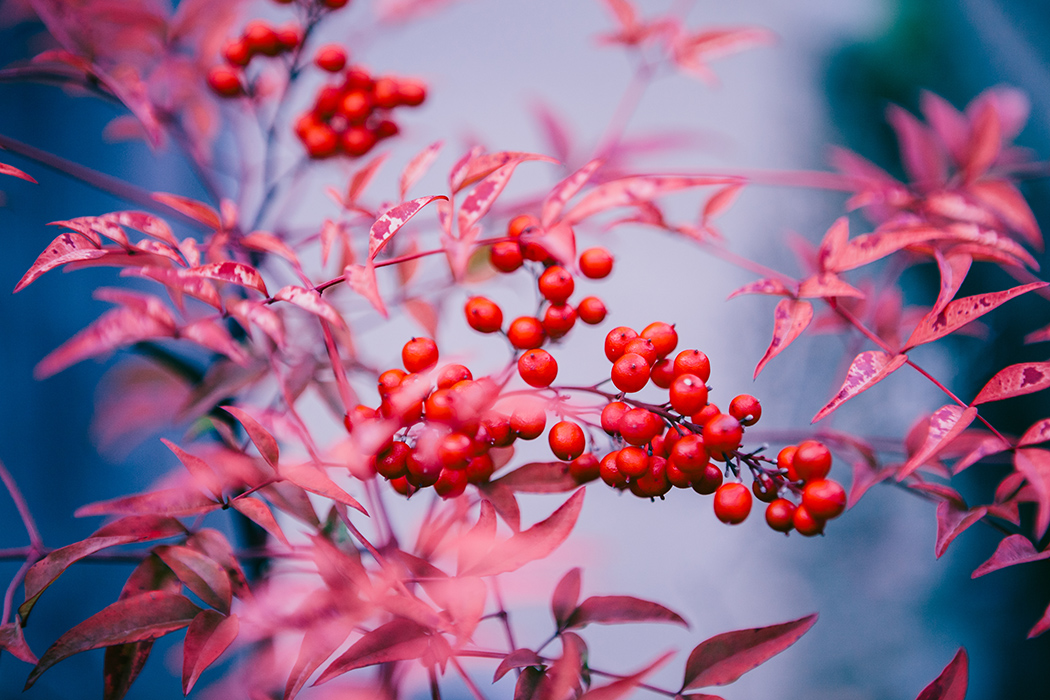 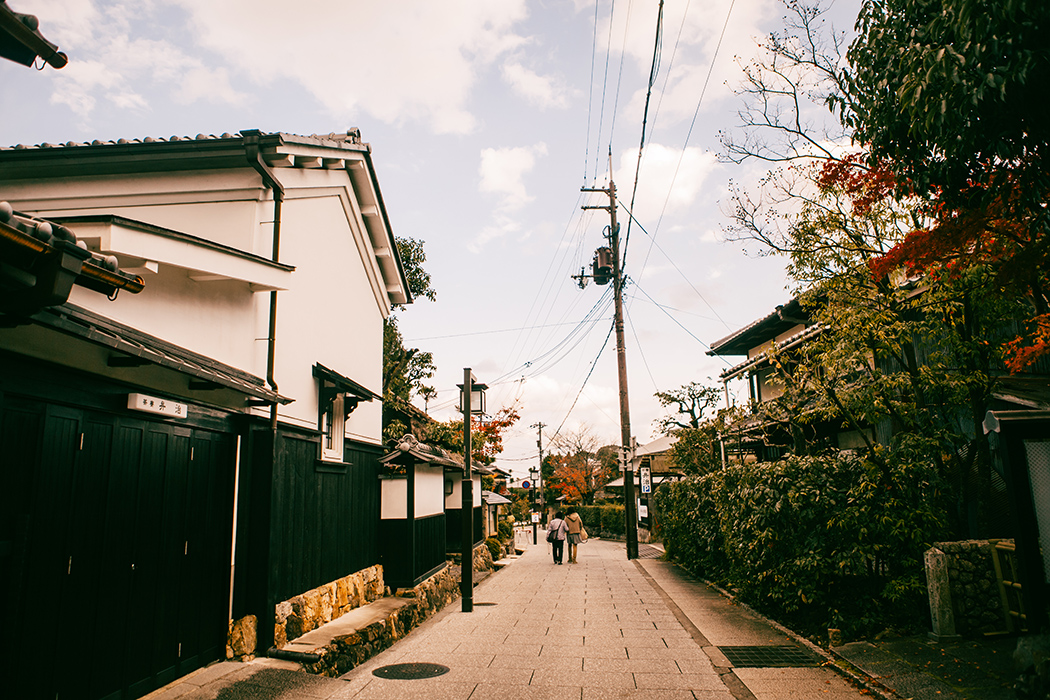 There weren’t a lot of people on the path to and from Adashino Nenbutsu-ji. Maybe it was a blessing in disguise? I was starting to feel agoraphobic from the massive crowds at Tenryu-ji and Sagano Bamboo Forest. 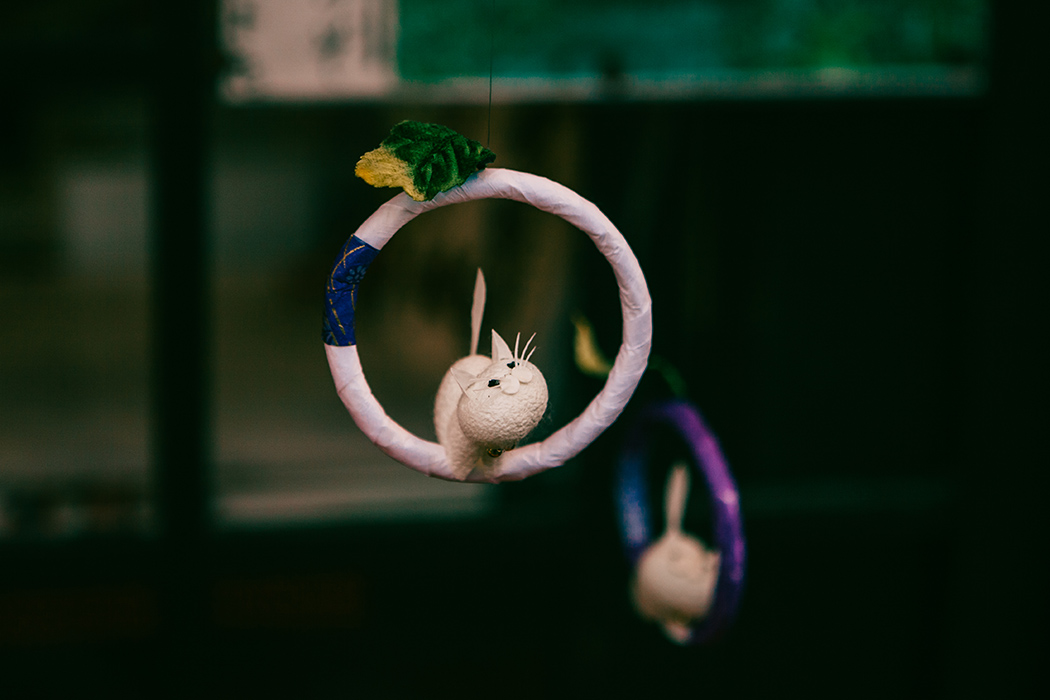 I am secretly a cat. 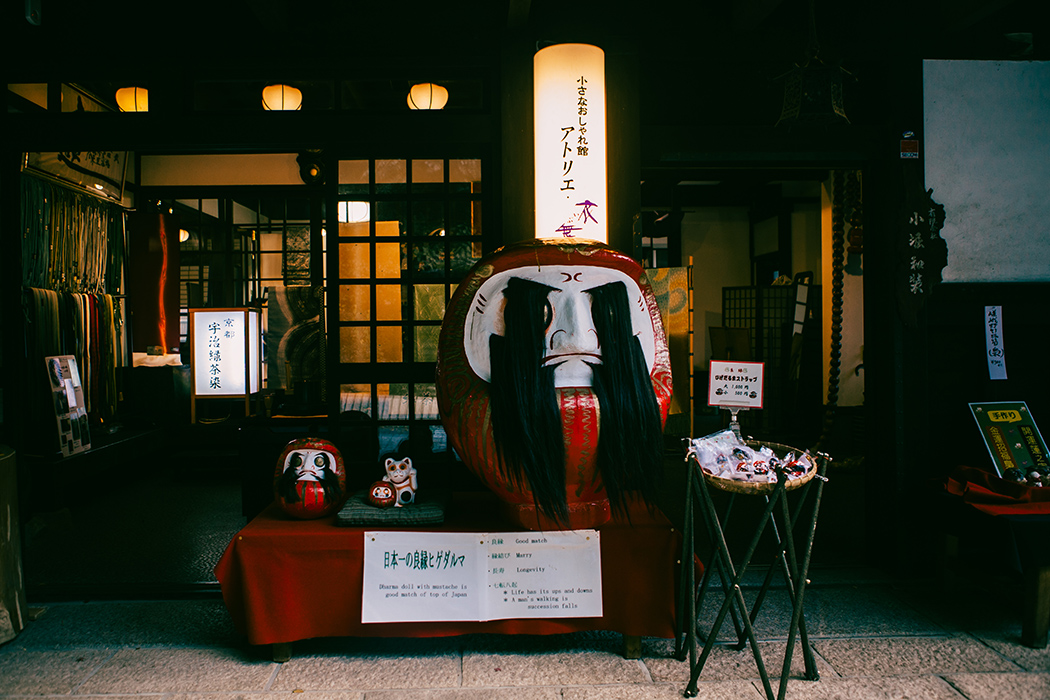 Daruma doll! Paint the right eye when you have a goal to achieve, and paint the other eye when you’ve already achieved it. 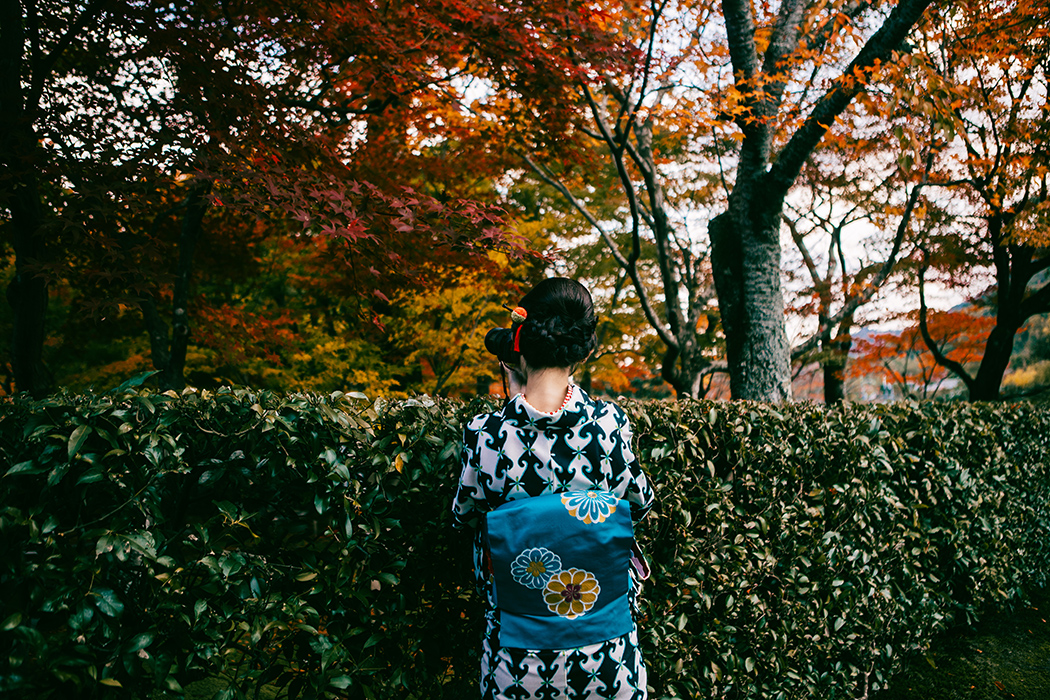 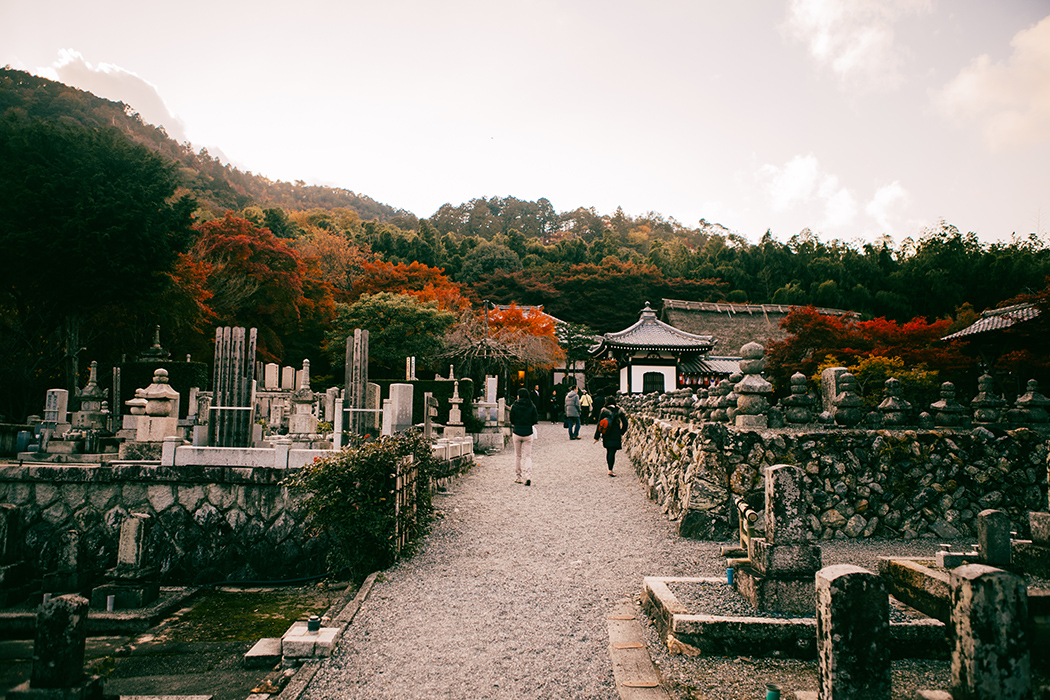 Relieved to see people other than myself in Adashino Nenbutsu-ji. 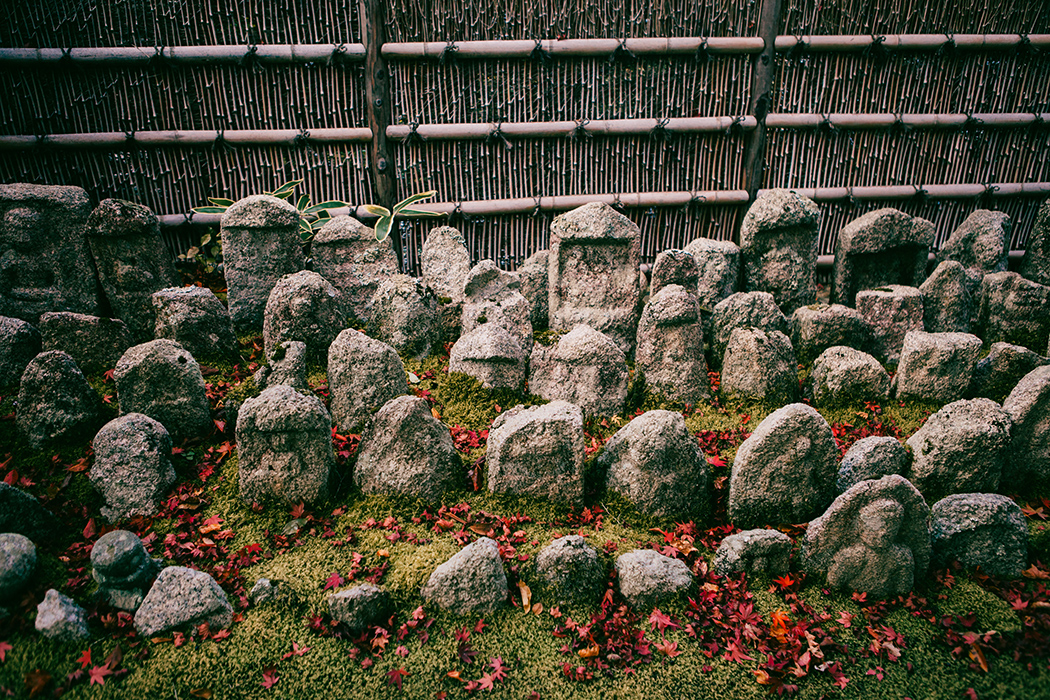 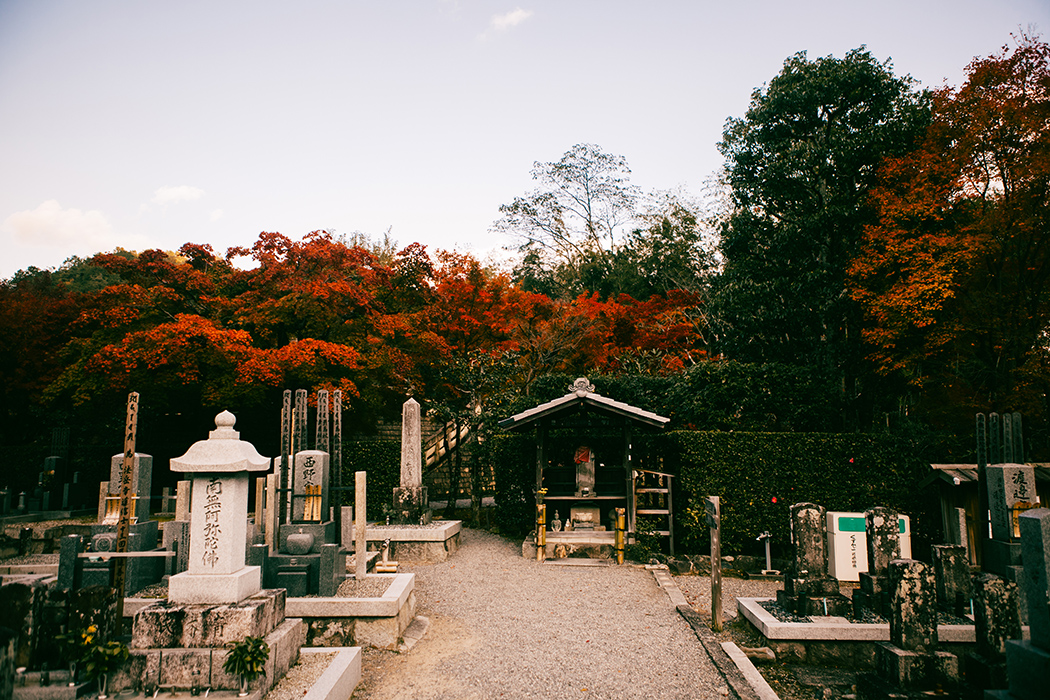 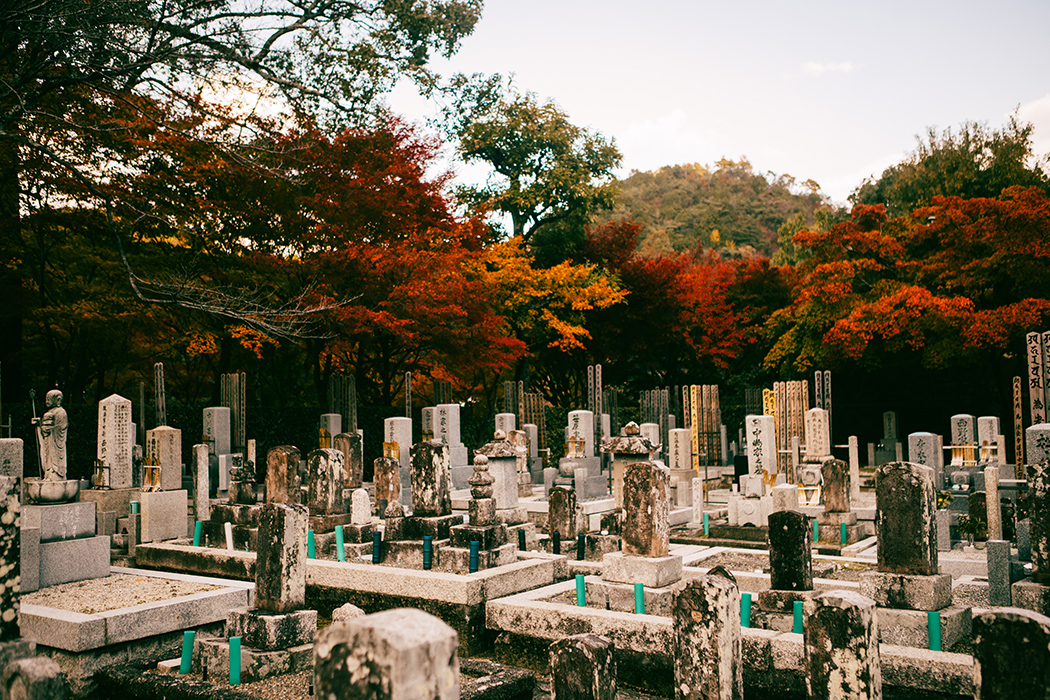 Soon after, these bodies who died without any family became my only companions. Talk about adding to the existing eerie atmosphere. 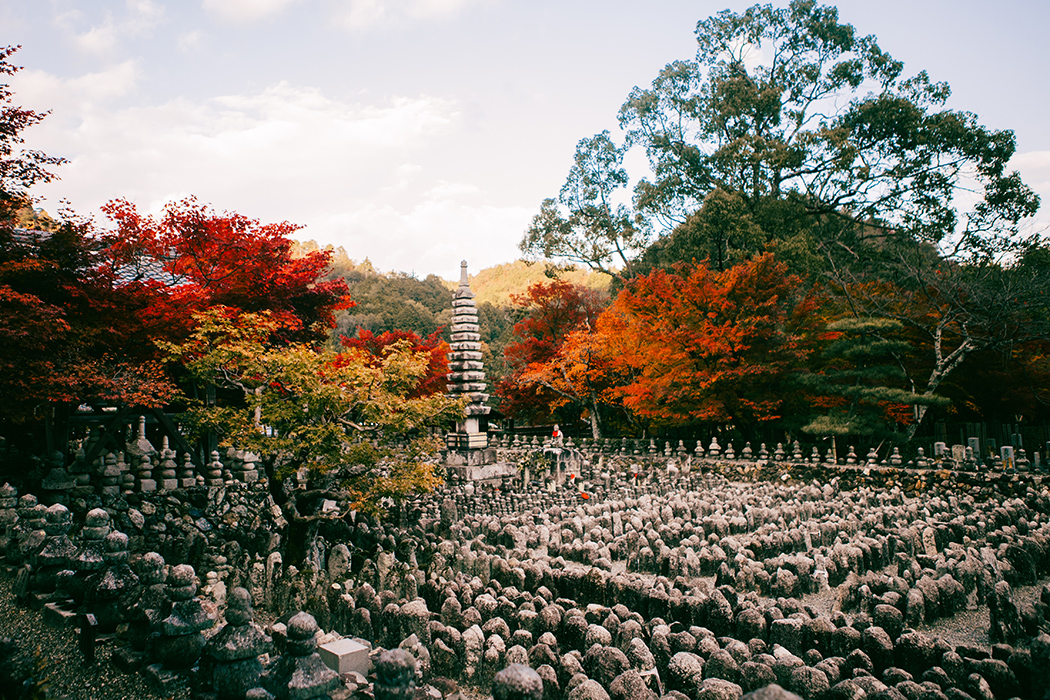 Adashino Nenbutsu-ji is an old Buddhist temple where people usually abandoned bodies of the dead. In 1903, small Buddhist statues were placed all over the temple grounds to commemorate the souls of those who died.

It was only until I did some extra research that I found out that it’s actually forbidden to take photos inside the main graveyard. You can take some from far away, but not inside. 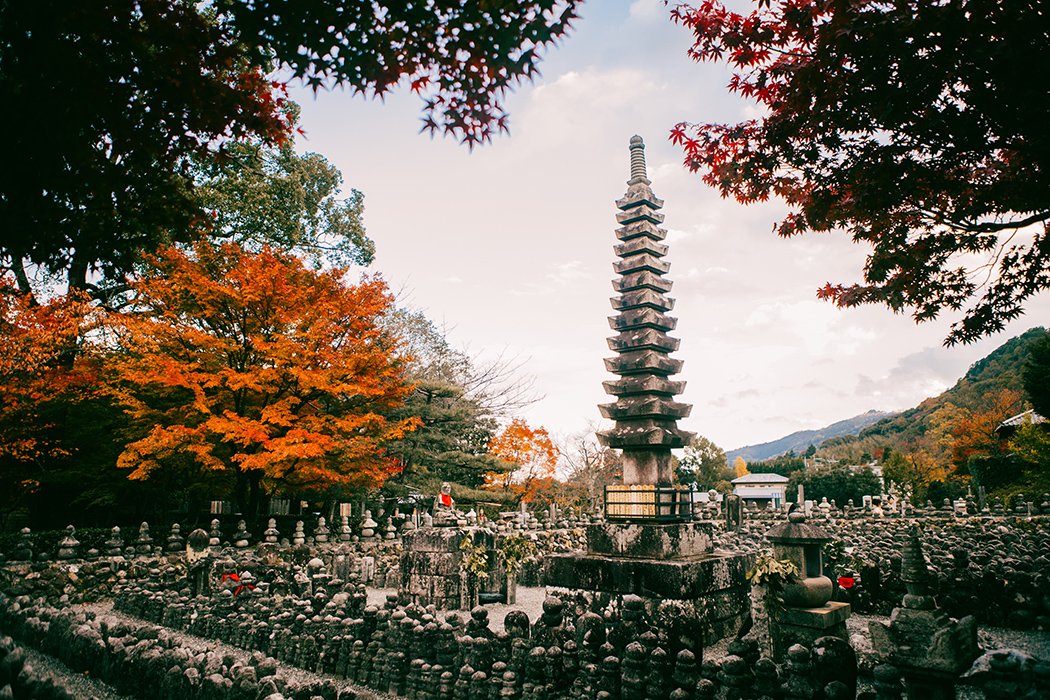 Whoops. No one was around to scold me, but I did feel quite guilty afterwards. Now I know better! 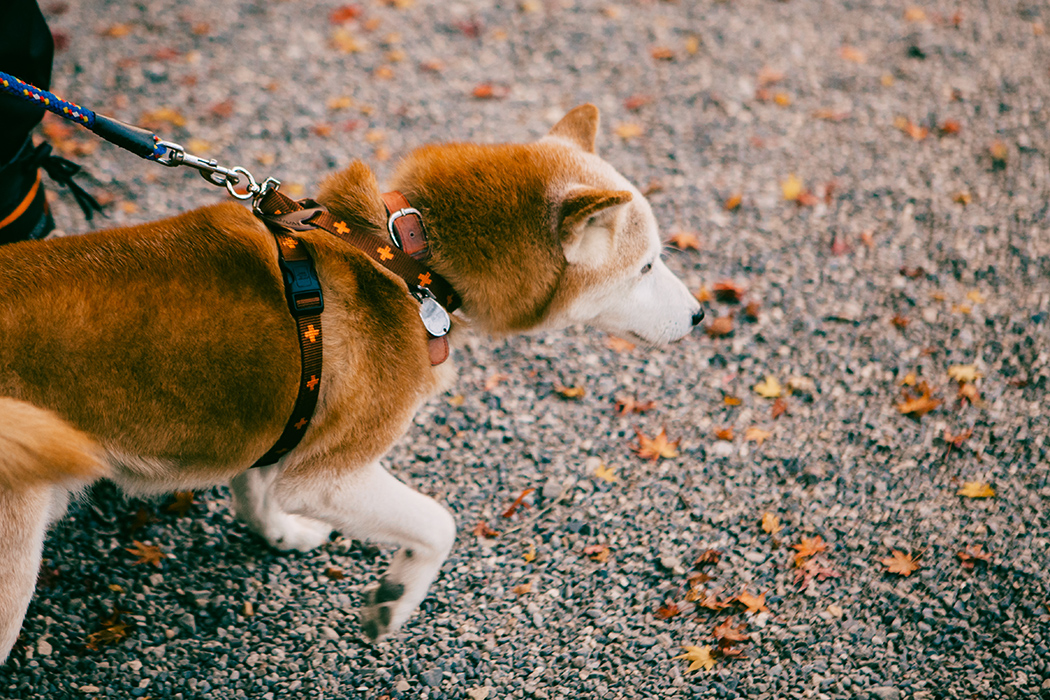 Someone brought their dog along! Made me miss my own dogs so much. 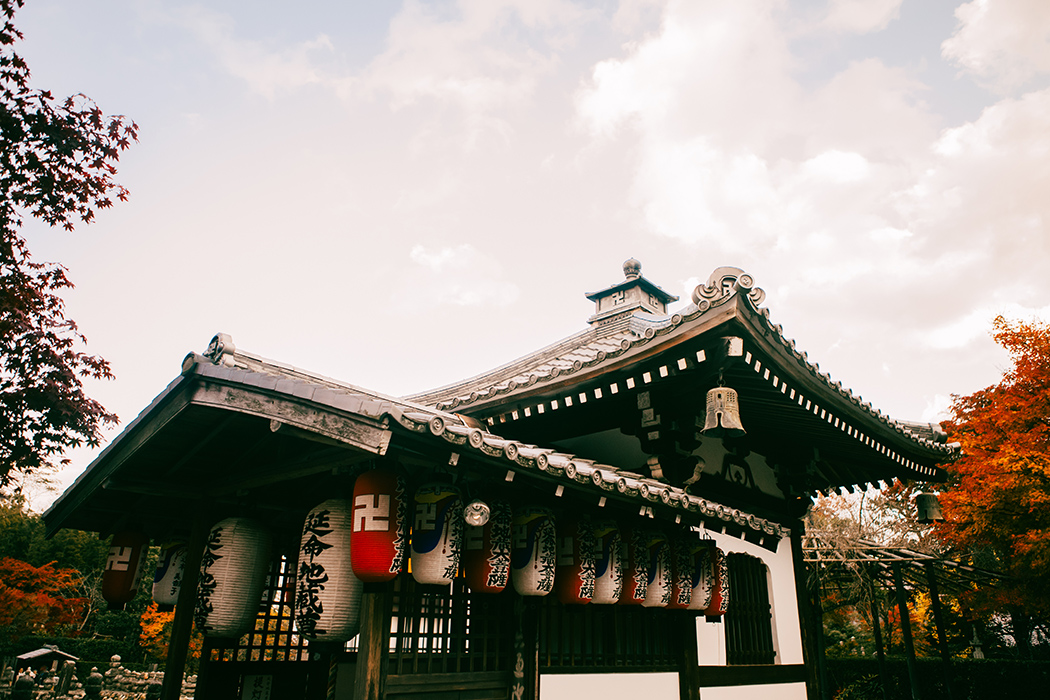 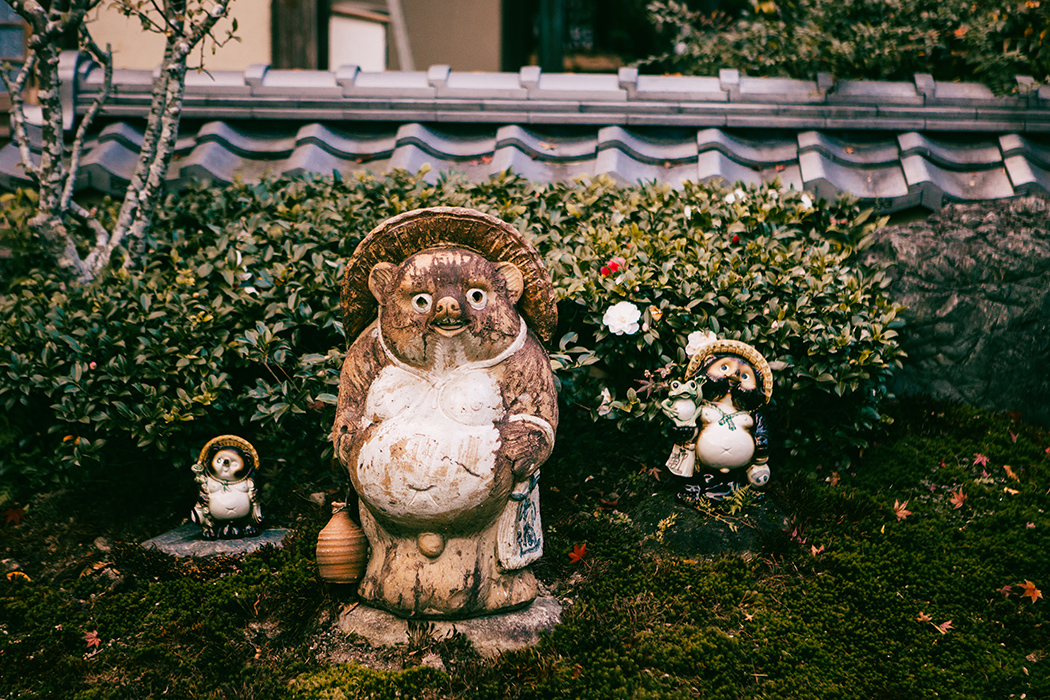 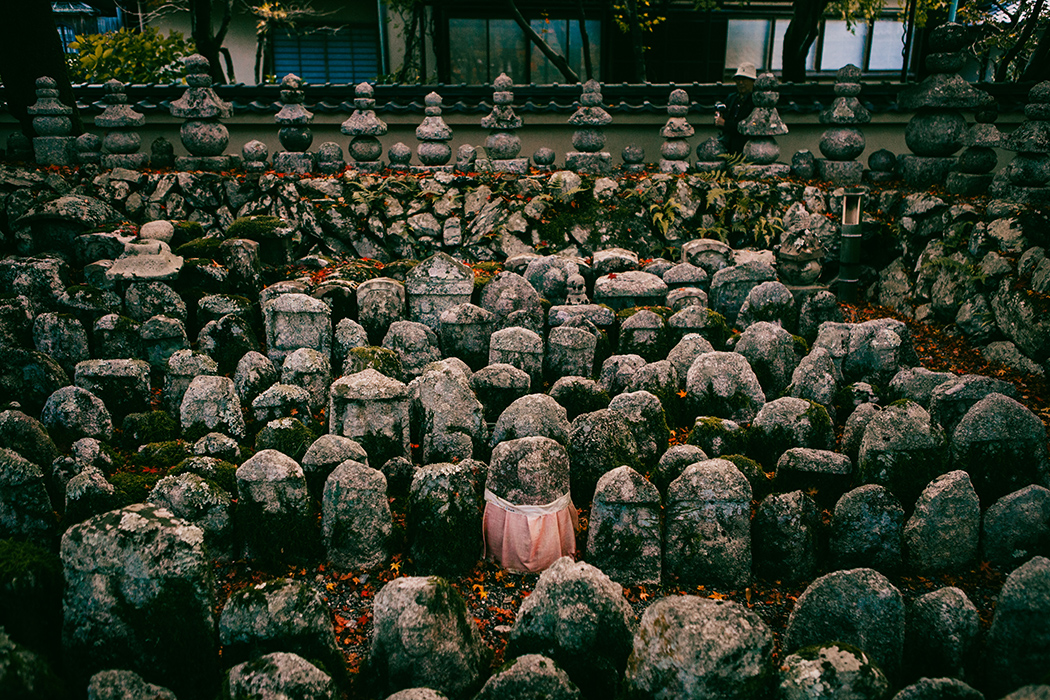 Based on this post, you’d assume that there’s not much to see here except the statues. Too bad I was 3 months too late for Adashino Nenbutsu-ji’s famous “Sento-kuyo” ceremony. Every August 23rd and 24th, more than a thousand candles are lit in the temple grounds to honor the spirits of the dead. 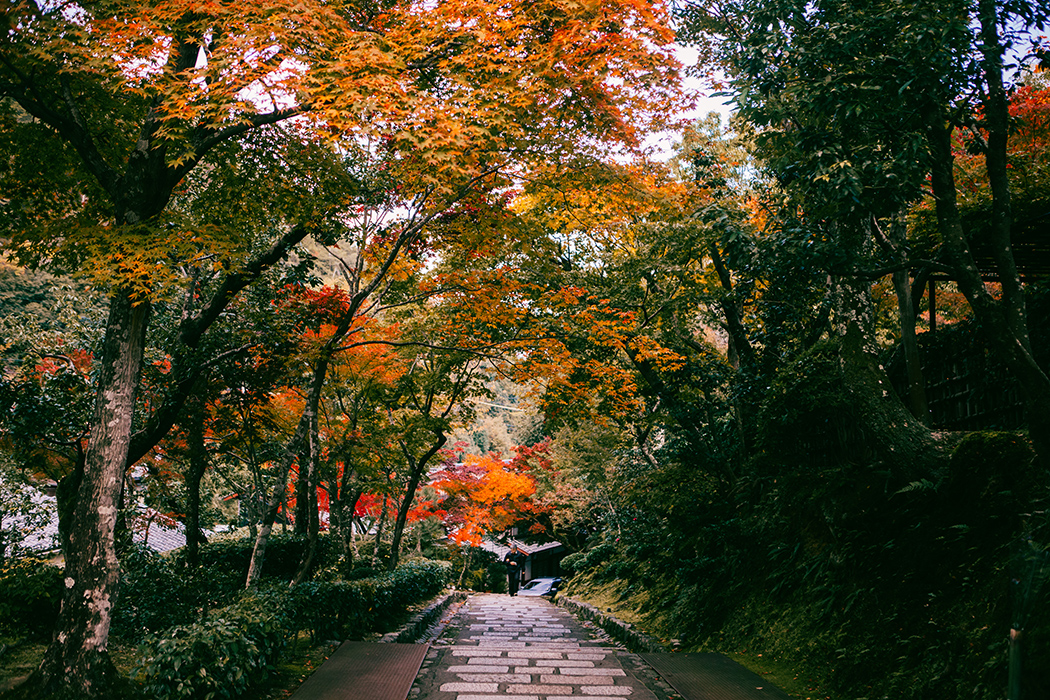 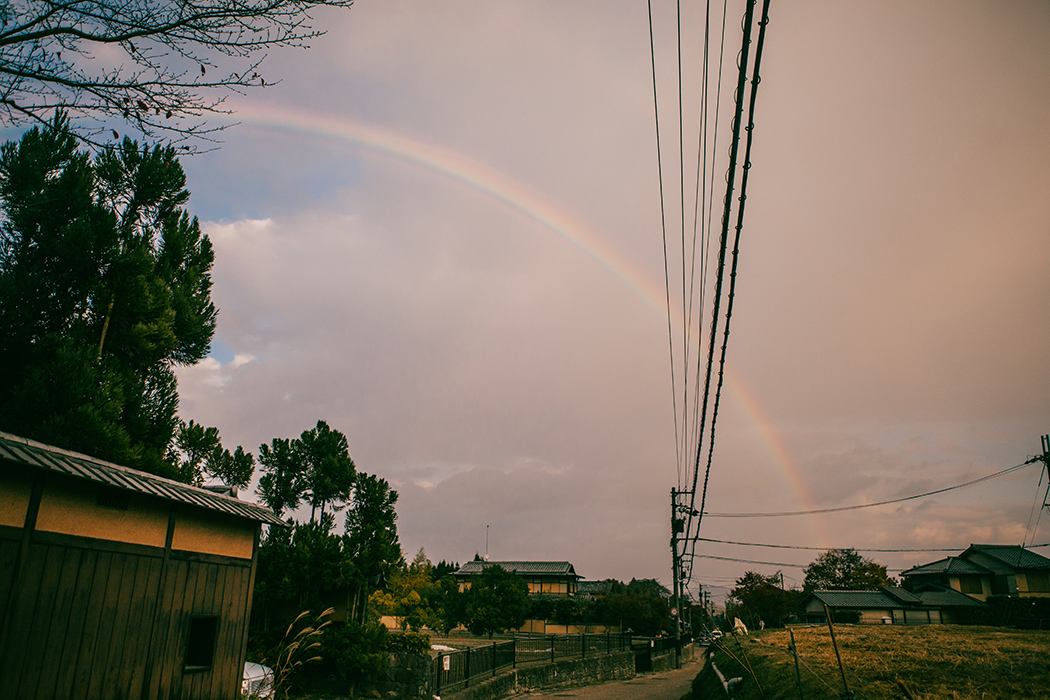 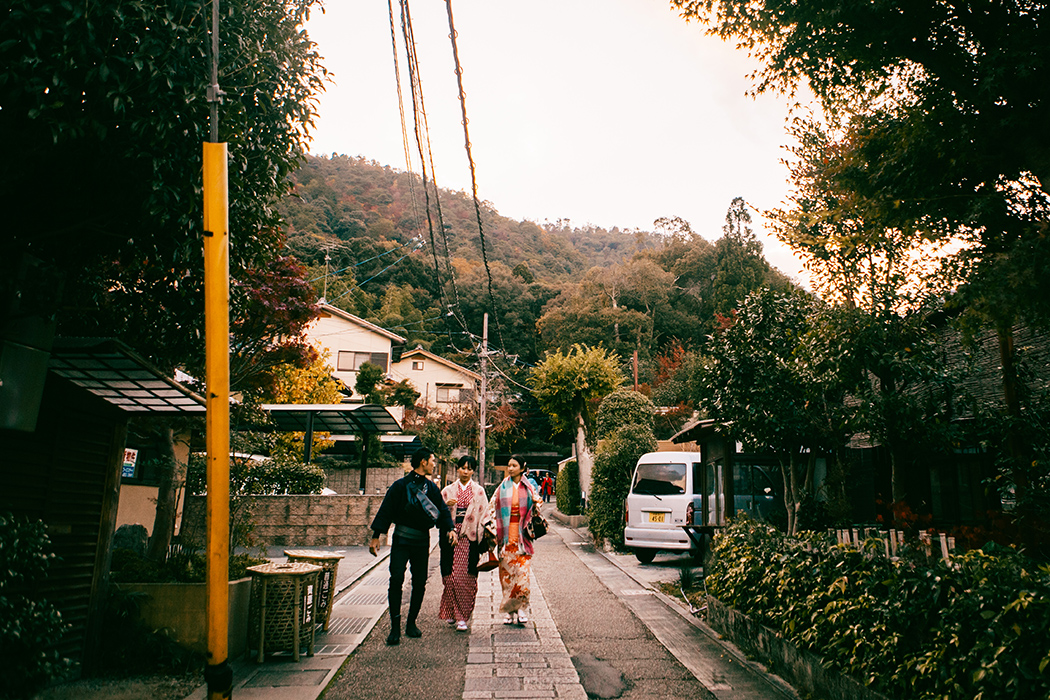 A jinriksha driver can also double as a tour guide! 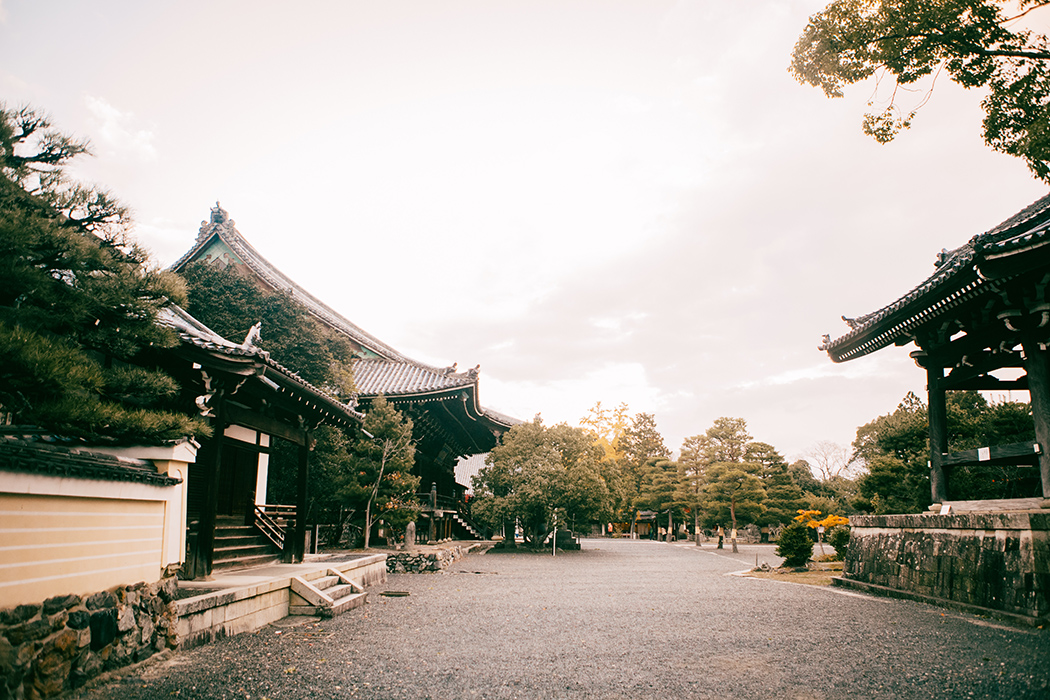 Found myself at Seiryo-ji after a long, difficult walk. The rain started pouring as soon as I got out of Adashino Nenbutsu-ji, and it was impossible for me to hail a cab or a bus at such an off-beat area. 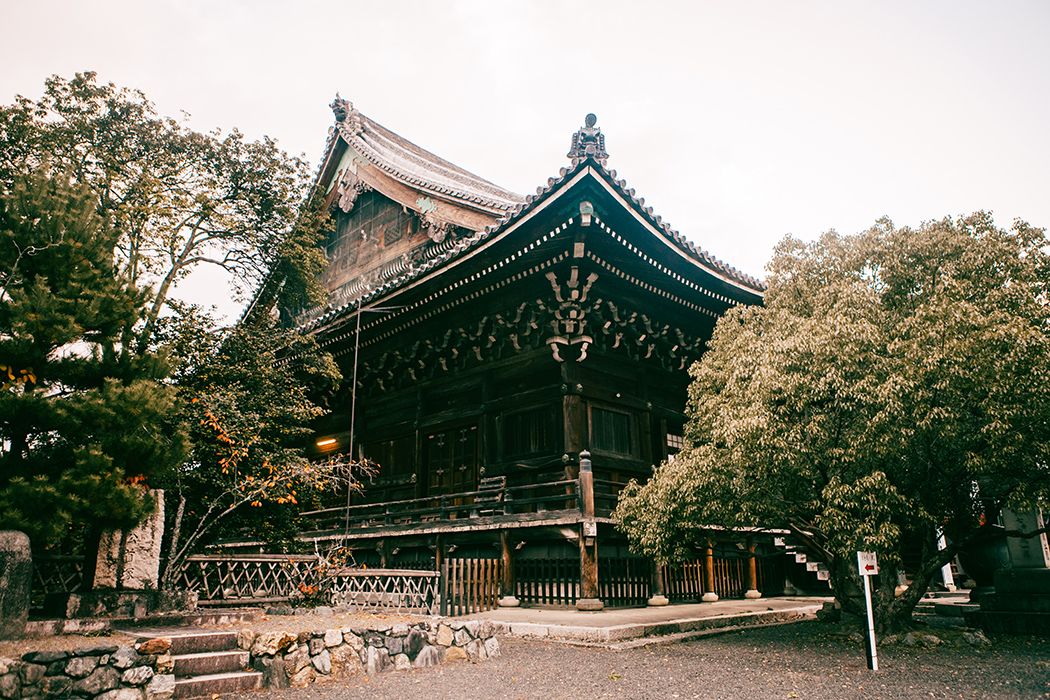 Seiryo-ji is more commonly known as Saga Shaka-do since it houses a historical wooden image of Shaka (Shakyamuni). 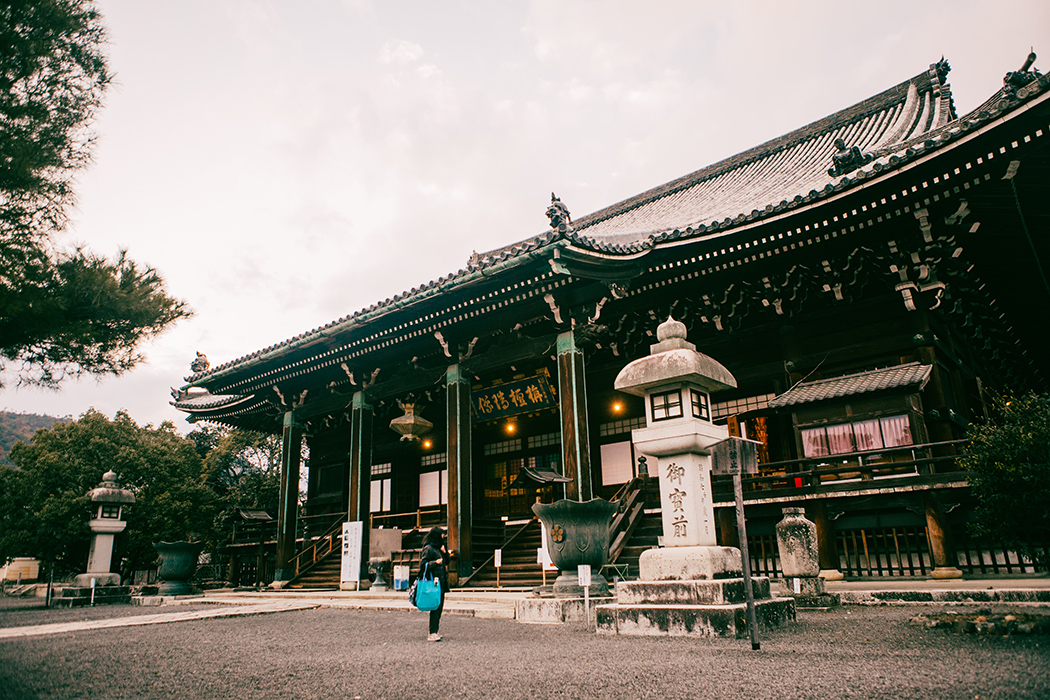 Constructed in 895 as a replica of Wutai Shan or Qingliang Shan of China. 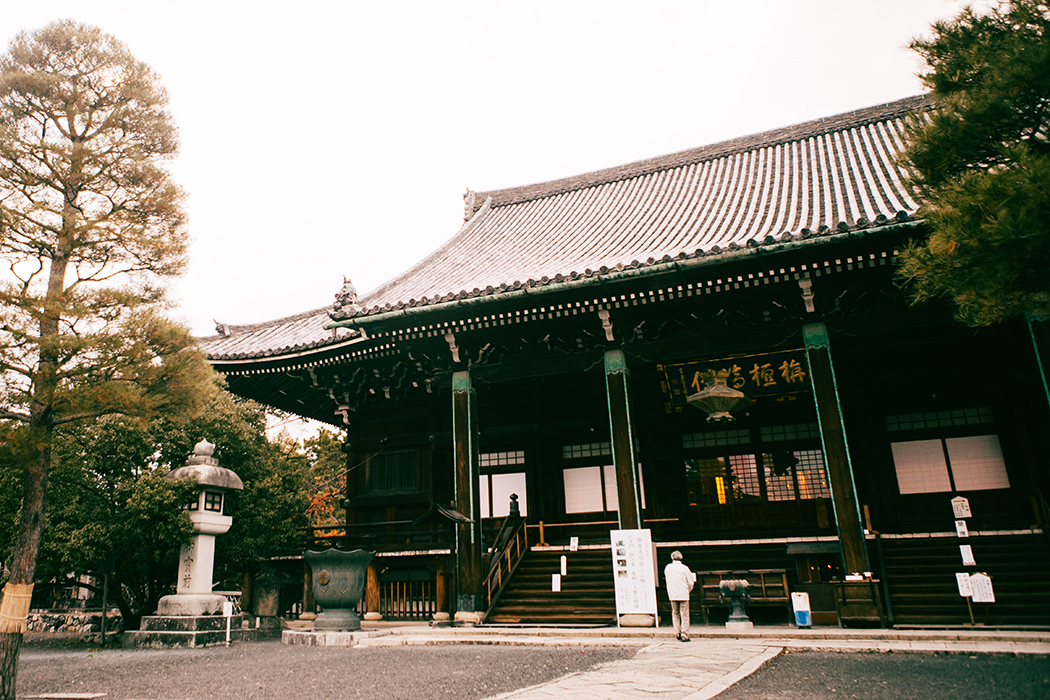 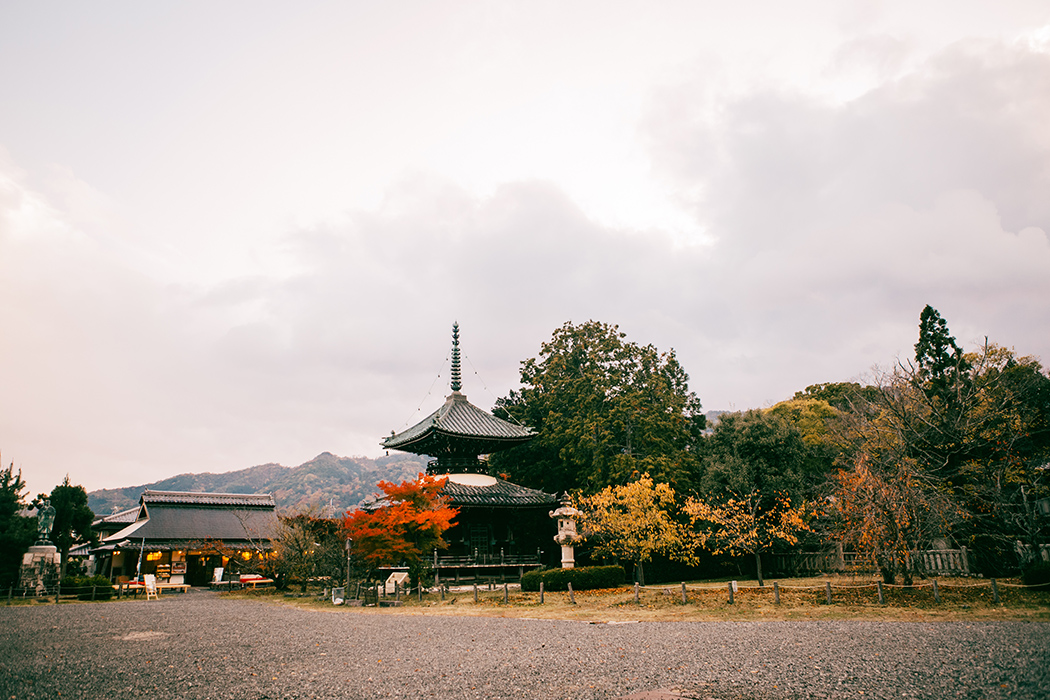 Very quiet temple grounds. A little surreal after seeing all the people at Tenryu-ji. 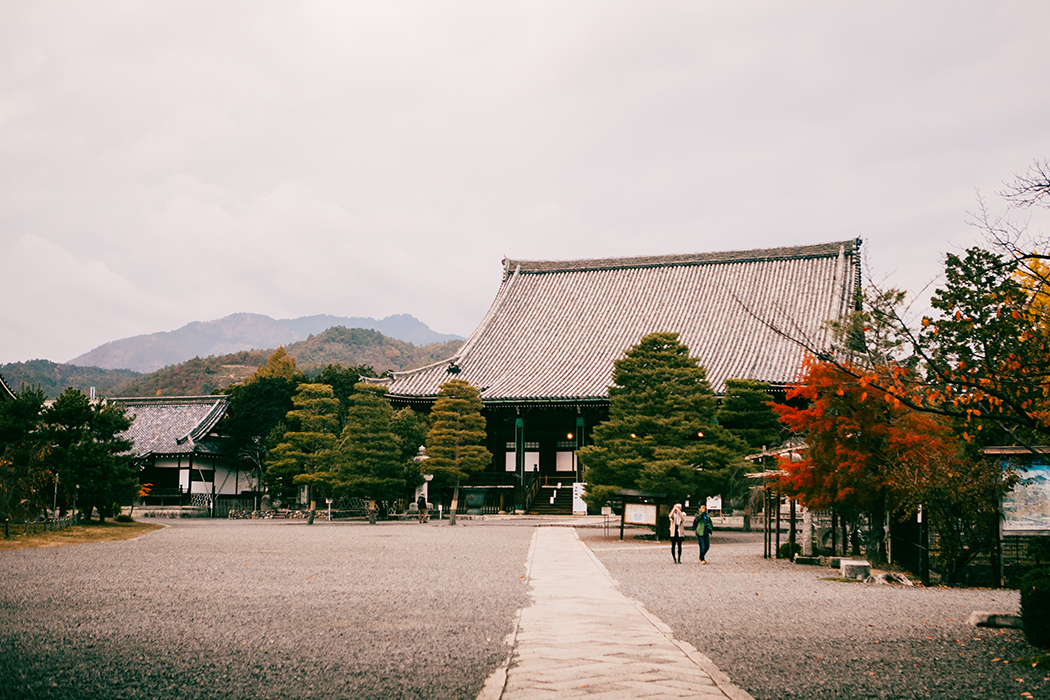 Wrapping up my day trip to Arashiyama with my next post!

Hope you guys had fun at the EnjoyJapanPH culminating event last Saturday! Thank you for all the support! I still have a lot of pending blog posts on Kyoto, Osaka, and Nagoya, and I wish I’ll never run out of pending travel posts. Haven’t booked tickets for sakura/hanami yet but I’m crossing my fingers I can go visit my friends in Tokyo!